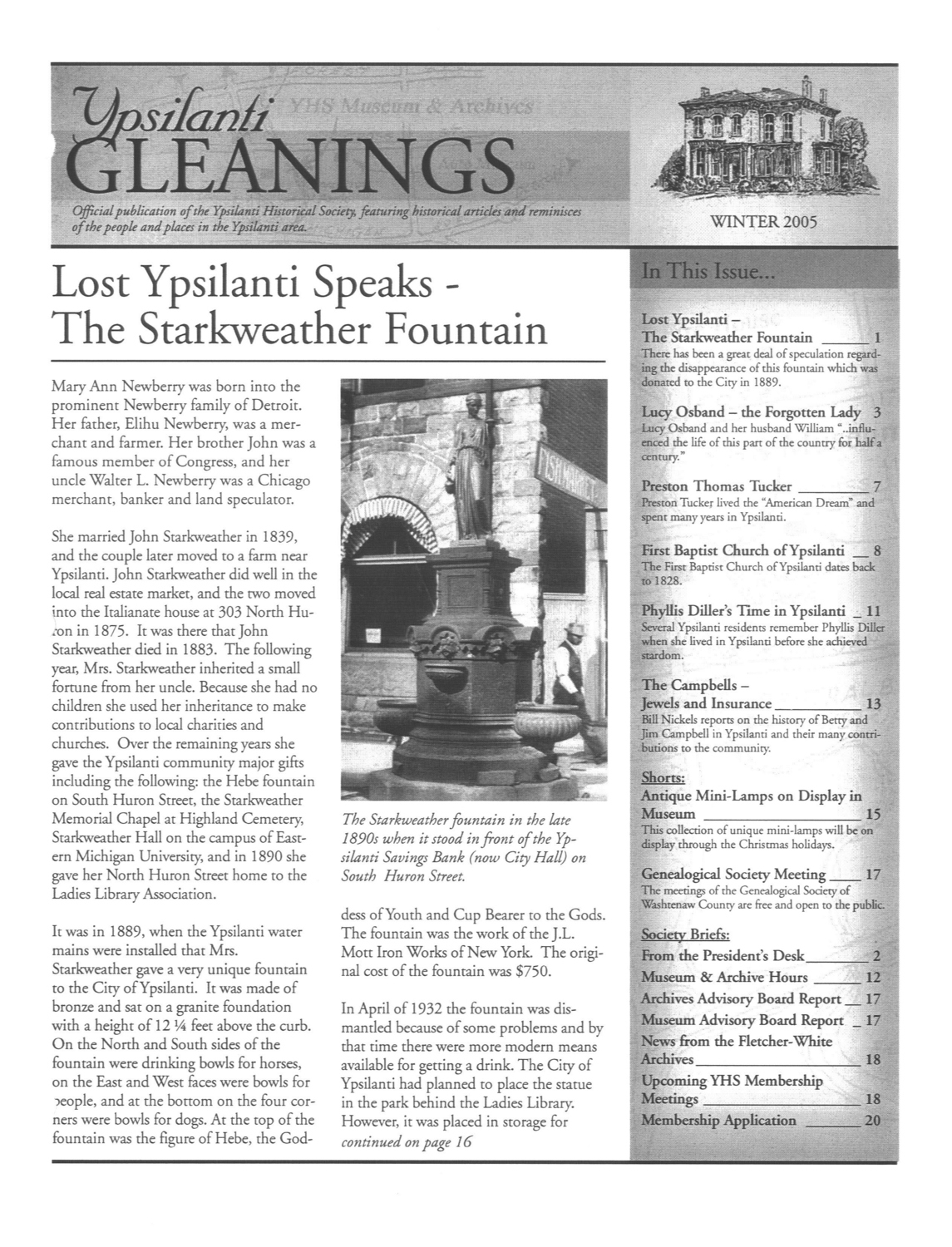 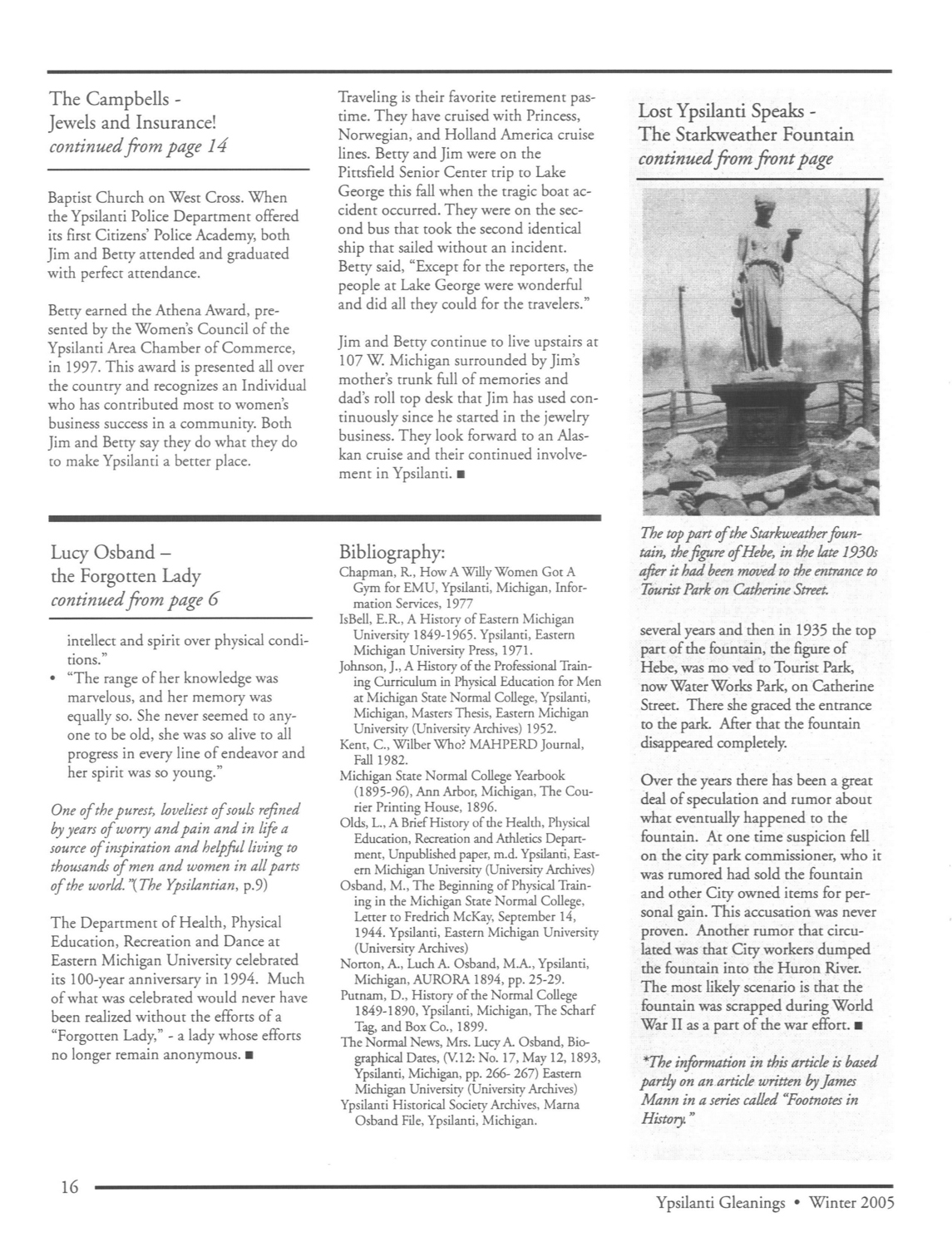 Mary Ann Newberry was born into the prominent Newberry family of Detroit. Her father, Elihu Newberry, was a merchant and farmer. Her brother John was a famous member of Congress, and her uncle Walter L. Newberry was a Chicago merchant, banker and land speculator.

She married John Starkweather in 1839, and the couple later moved to a farm near Ypsilanti. John Starkweather did well in the local real estate market, and the two moved into the Italianate house at 303 North Huron in 1875. It was there that John Starkweather died in 1883. The following year, Mrs. Starkweather inherited a small fortune from her uncle. Because she had no children she used her inheritance to make contributions to local charities and churches. Over the remaining years she gave the Ypsilanti community major gifts including the following: the Hebe fountain on South Huron Street, the Starkweather Memorial Chapel at Highland Cemetery, Starkweather Hall on the campus of Eastern Michigan University, and in 1890 she gave her North Huron Street home to the Ladies Library Association.

The Starkweather fountain in the late 1890s when it stood in front of the Ypsilanti Savings Bank (now City Hall) on South Huron Street.


In April of 1932 the fountain was dismantled because of some problems and by that time there were more modern means available for getting a drink. The City of Ypsilanti had planned to place the statue in the park behind the Ladies Library. However, it was placed in storage for several years and then in 1935 the top part of the fountain, the figure of Hebe, was moved to Tourist Park, now Water Works Park, on Catherine Street. There she graced the entrance to the park. After that the fountain disappeared completely.

The top part of the Starkweather fountain, the figure of Hebe, in the late 1930s after it had been moved to the entrance to Tourist Park on Catherine Street.


Over the years there has been a great deal of speculation and rumor about what eventually happened to the fountain. At one time suspicion fell on the city park commissioner, who it was rumored had sold the fountain and other City owned items for personal gain. This accusation was never proven. Another rumor that circulated was that City workers dumped the fountain into the Huron River. The most likely scenario is that the fountain was scrapped during World War II as a part of the war effort.

* The information in this article is based partly on an article written by James Mann in a series called “Footnotes in History.”