Gleanings-- Where Did That Name Come From? 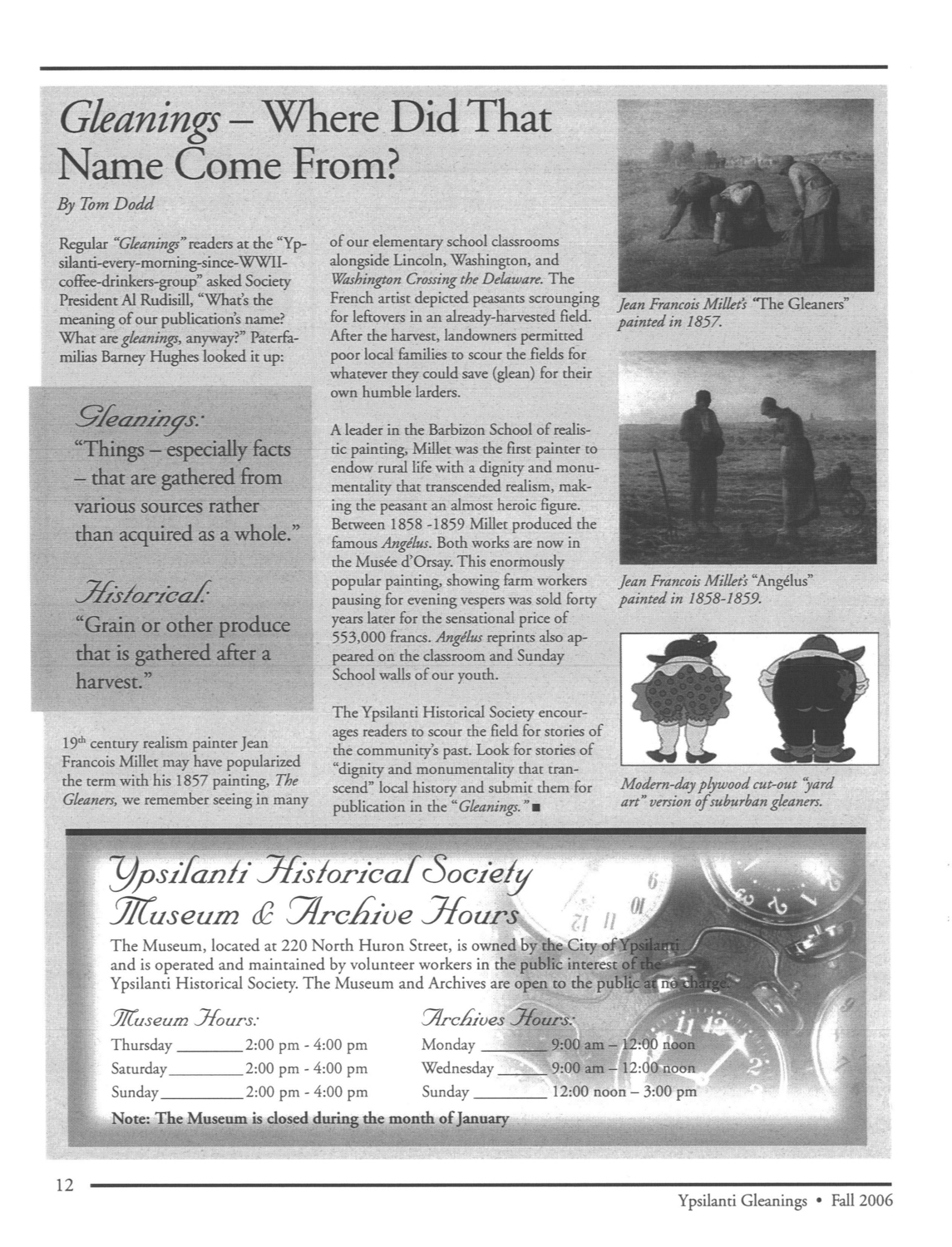 Regular “Gleanings” readers at the “Ypsilanti-every-morning-since-WWII-coffee-drinkers-groups” asked Society President Al Rudisill, “What's the meaning of our publication's name? What are gleanings, anyway?” Paterfamilias Barney Hughes looked it up: 19th Century realism painter Jean Francois Millet may have popularized the term with his 1857 painting, The Gleaners, we remember seeing in many of our elementary school classrooms alongside Lincoln, Washington, and Washington Crossing the Delaware. The French artist depicted peasants scrounging for leftovers in an already-harvested field. After the harvest, landowners permitted poor local families to scour the fields for whatever they could save (glean) for their own humble larders.

A leader in the Barbizon School of realistic painting, Millet was the first painter to endow rural life with a dignity and monumentality that transcended realism, making the peasant an almost heroic figure. Between 1858–1859 Millet produced the famous Angélius. Both works are now in the Musée d'Orsay. This enormously popular painting, showing farm workers pausing for evening vespers was sold forty years later for the sensational price of 553,000 francs. Angélus reprints also appeared on the classroom and Sunday School walls of our youth.

The Ypsilanti Historical Society encourages readers to scour the field for stories of the community's past. Look for stories of “dignity and monumentality that transcend” local history and submit them for publication in the Gleanings.