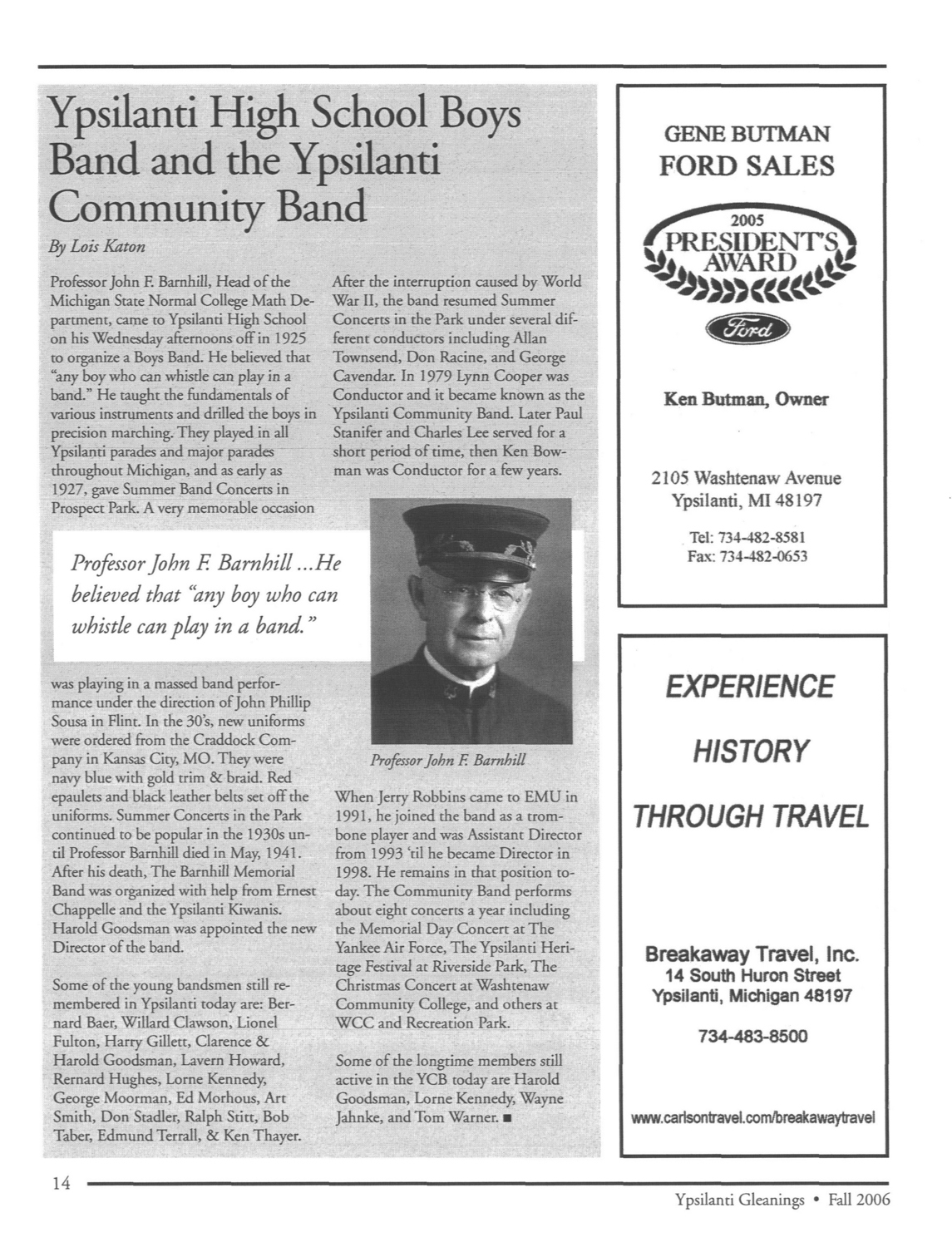 Professor John F. Barnhill, Head of the Michigan State Normal College Math Department, came to Ypsilanti High School on his Wednesday afternoons off in 1925 to organize a Boys Band. He believed that “any boy who can whistle can play in a band.” He taught the fundamentals of various instruments and drilled the boys in precision marching. They played in all Ypsilanti parades and major parades throughout Michigan, and as early as 1927, gave Summer Band Concerts in Prospect Park. A very memorable occasion was playing in a massed band performance under the direction of John Phillip Sousa in Flint. In the 30's, new uniforms were ordered from the Craddock Company in Kansas City, MO. They were navy blue with gold trim & braid. Red epaulets and black leather belts set off the uniforms. Summer Concerts in the Park continued to be popular in the 1930s until Professor Barnhill died in May, 1941. After his death, The Barnhill Memorial Band was organized with help from Ernest Chappelle and the Ypsilanti Kiwanis. Harold Goodsman was appointed the new Director of the band.

When Jerry Robbins came to EMU in 1991, he joined the band as a trombone player and was Assistant Director from 1993 ‘til he became Director in 1998. He remains in that position today. The Community Band performs about eight concerts a year including the Memorial Day Concert at The Yankee Air Force, The Ypsilanti Heritage Festival at Riverside Park, The Christmas Concert at Washtenaw Community College, and others at WCC and Recreation Park.

Some of the longtime members still active in the YCB today are Harold Goodsman, Lorne Kennedy, Wayne Jahnke, and Tom Warner.