The Perfect Underwear for Progressive People 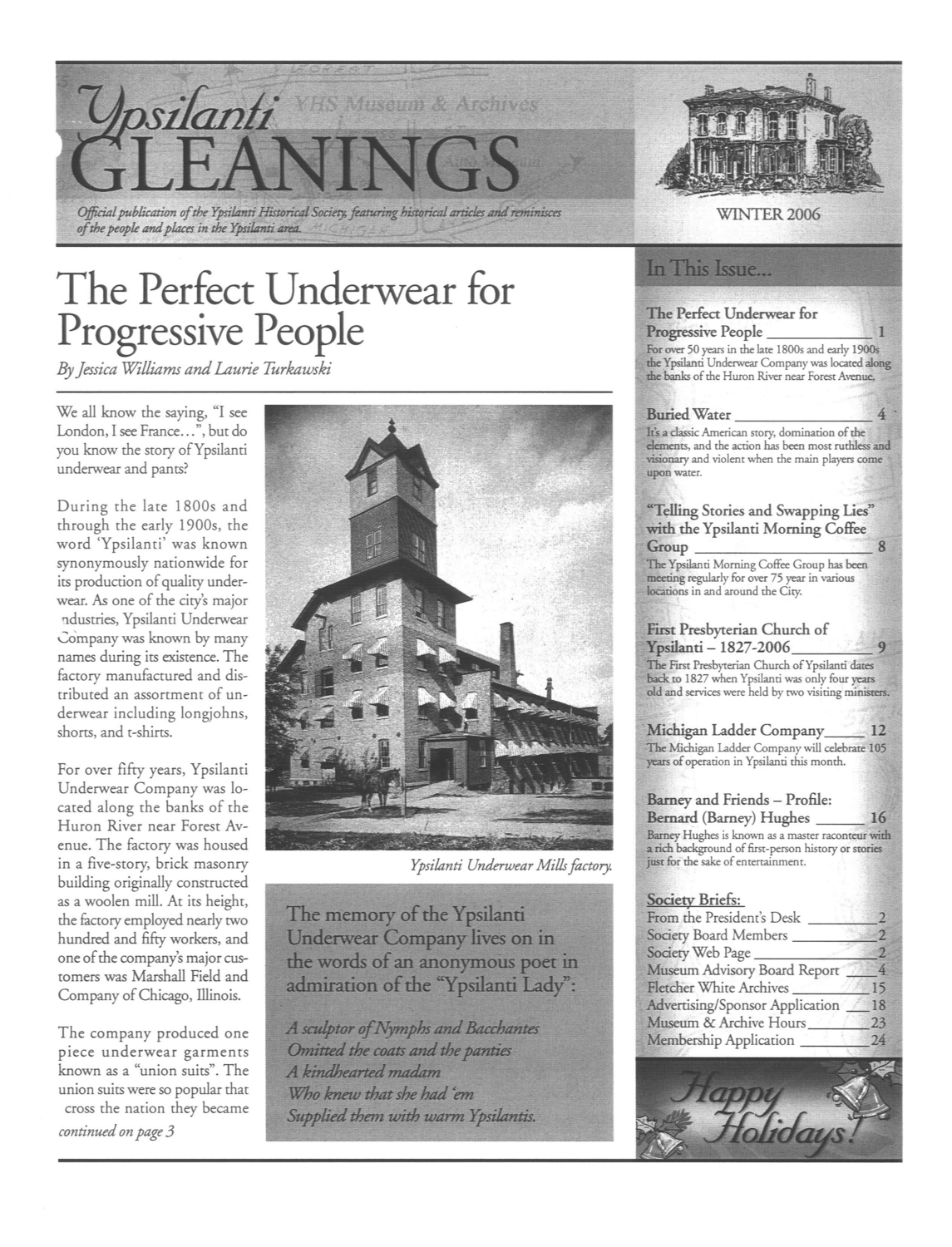 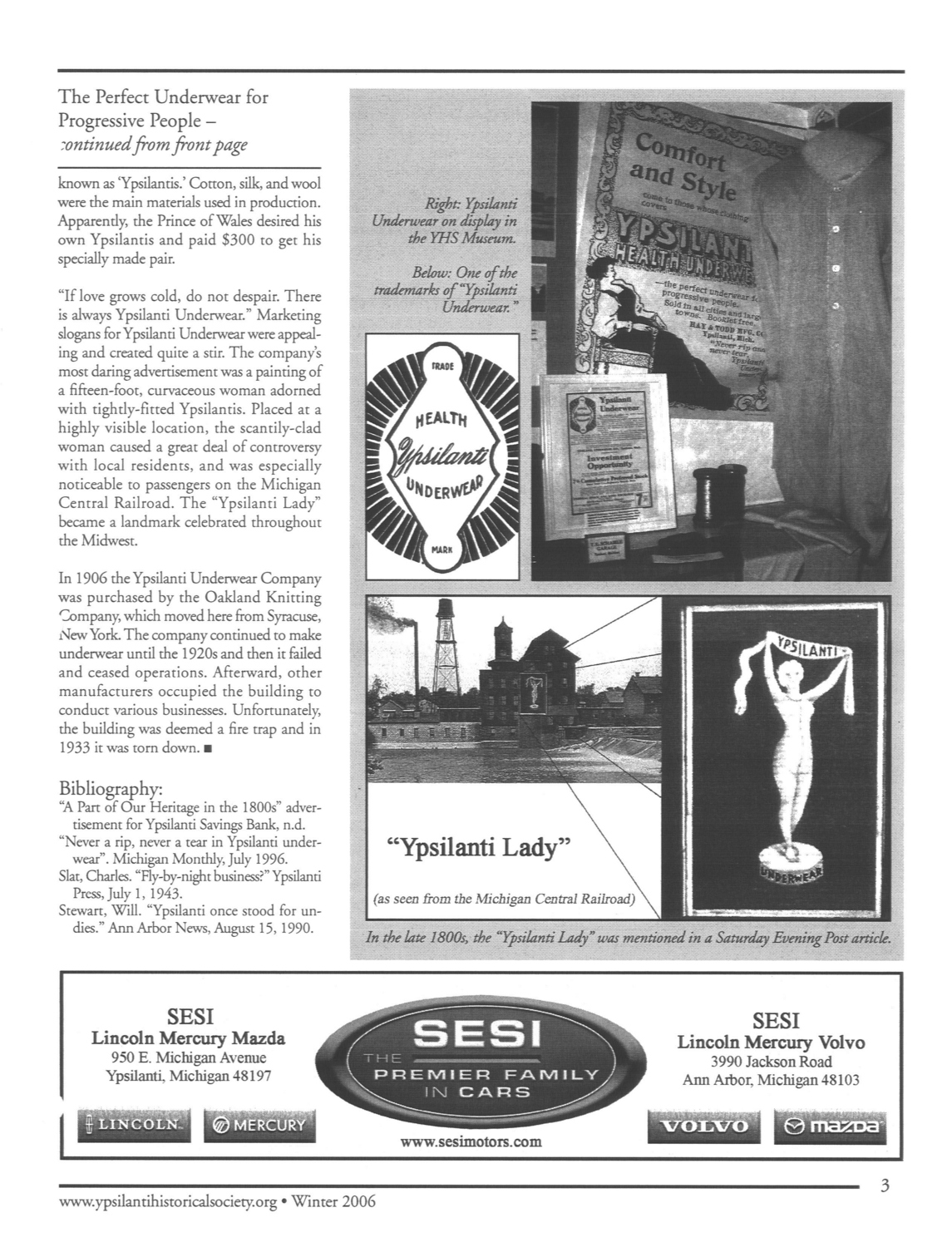 We all know the saying, “I see London, I see France…”, but do you know the story of Ypsilanti underwear and pants?

During the late 1800s and through the early 1900s, the word ‘Ypsilanti’ was known synonymously nationwide for its production of quality underwear. As one of the city's major industries, Ypsilanti Underwear Company was known by many names during its existence. The factory manufactured and distributed an assortment of underwear including longjohns, shorts, and t-shirts.

For over fifty years, Ypsilanti Underwear Company was located along the banks of the Huron River near Forest Avenue. The factory was housed in a five-story, brick masonry building originally constructed as a woolen mill. At its height, the factory employed nearly two hundred and fifty workers, and one of the company's major customers was Marshall Field and Company of Chicago, Illinois.

The company produced one piece underwear garments known as a “union suits”. The union suits were so popular that across the nation they became known as ‘Ypsilantis.’ Cotton, silk, and wool were the main materials used in production. Apparently, the Prince of Wales desired his own Ypsilantis and paid &dollar;300 to get his specially made pair.

“If love grows cold, do not despair. There is always Ypsilanti Underwear.” Marketing slogans for Ypsilanti Underwear were appealing and created quite a stir. The company's most daring advertisement was a painting of a fifteen-foot, curvaceous woman adorned with tightly-fitted Ypsilantis. Placed at a highly visible location, the scantily-clad woman caused a great deal of controversy with local residents, and was especially noticeable to passengers on the Michigan Central Railroad. The “Ypsilanti Lady” became a landmark celebrated throughout the Midwest.

In 1906 the Ypsilanti Underwear Company was purchased by the Oakland Knitting Company, which moved here from Syracuse, New York. The company continued to make underwear until the 1920s and then it failed and ceased operations. Afterward, other manufacturers occupied the building to conduct various business. Unfortunately, the building was deemed a fire trap and in 1933 it was torn down.

The memory of the Ypsilanti Underwear Company lives on in the words of an anonymous poet in admiration of the “Ypsilanti Lady”:

A sculptor of Nymphs and Bacchantes
Omitted the coats and the panties
A kindhearted madam
Who knew that she had ‘em
Supplied them with warm Ypsilantis.