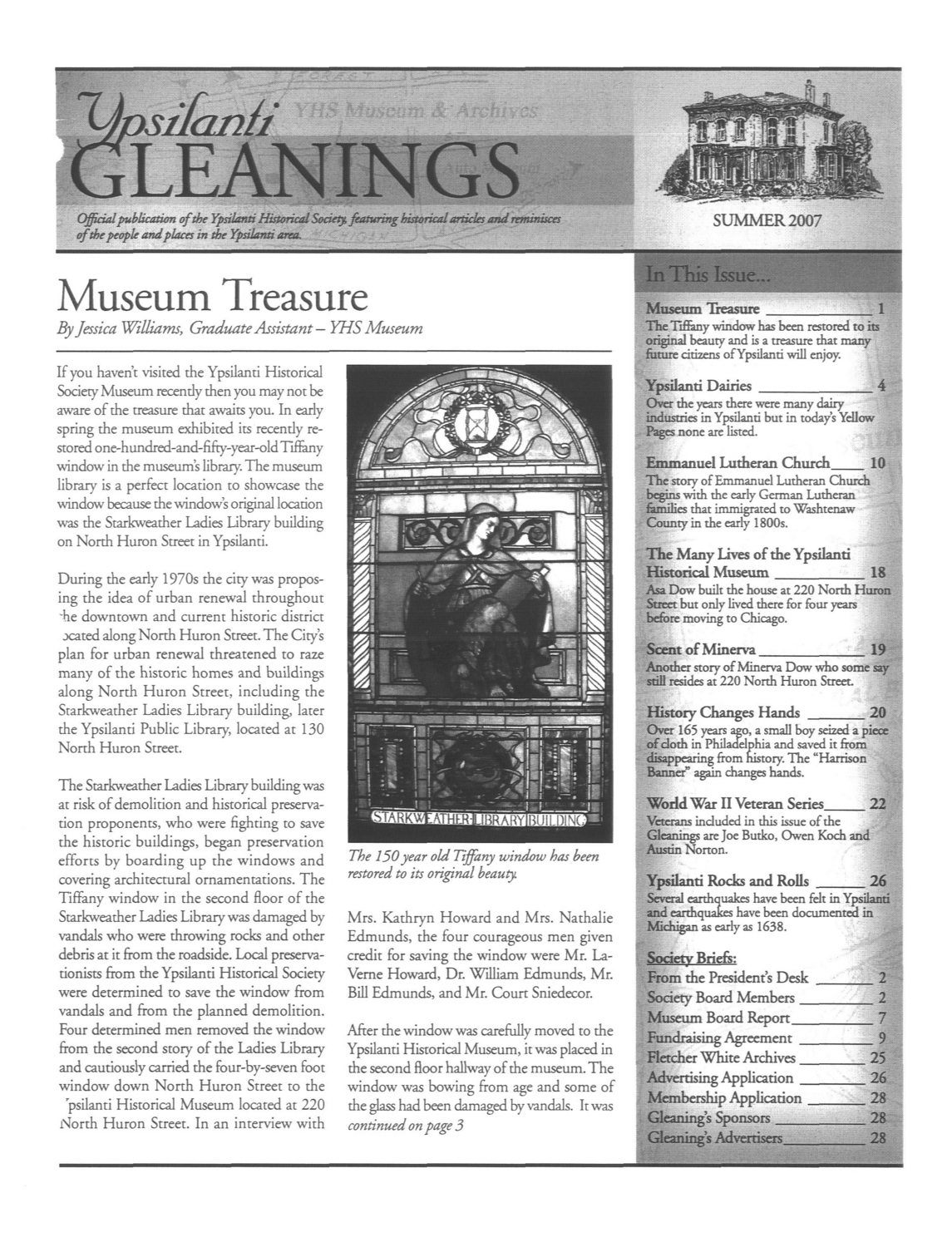 Official publication of the Ypsilanti Historical Society, featuring historical articles and reminisces of the people and places in the Ypsilanti area.

Museum Treasure: The Tiffany window has been restored to its original beauty and is a treasure that many future citizens of Ypsilanti will enjoy.
Ypsilanti Dairies: Over the years there were many dairy industries in Ypsilanti but in today's Yellow Pages none are listed.
Emmanuel Lutheran Church: The story of Emmanuel Lutheran Church begins with the early German Lutheran families that immigrated to Washtenaw County in the early 1800s.
The Many Lives of the Ypsilanti Historical Museum: Asa Dow built the house at 220 North Huron Street but only lived there for four years before moving to Chicago.
Scent of Minerva: Another story of Minerva Dow who some say still resides at 220 North Huron Street.
History Changes Hands: Over 165 years ago, a small boy seized a piece of cloth in Philadelphia and saved it from disappearing from history. The “Harrison Banner” again changes hands.
World War II Veteran Series: Veterans included in this issue of the Gleanings are Joe Butko, Owen Koch and Austin Norton.
Ypsilanti Rocks and Rolls: Several earthquakes have been felt in Ypsilanti and earthquakes have been documented in Michigan as early as 1638.

From the President's Desk
Society Board Members
Fletcher White Archives