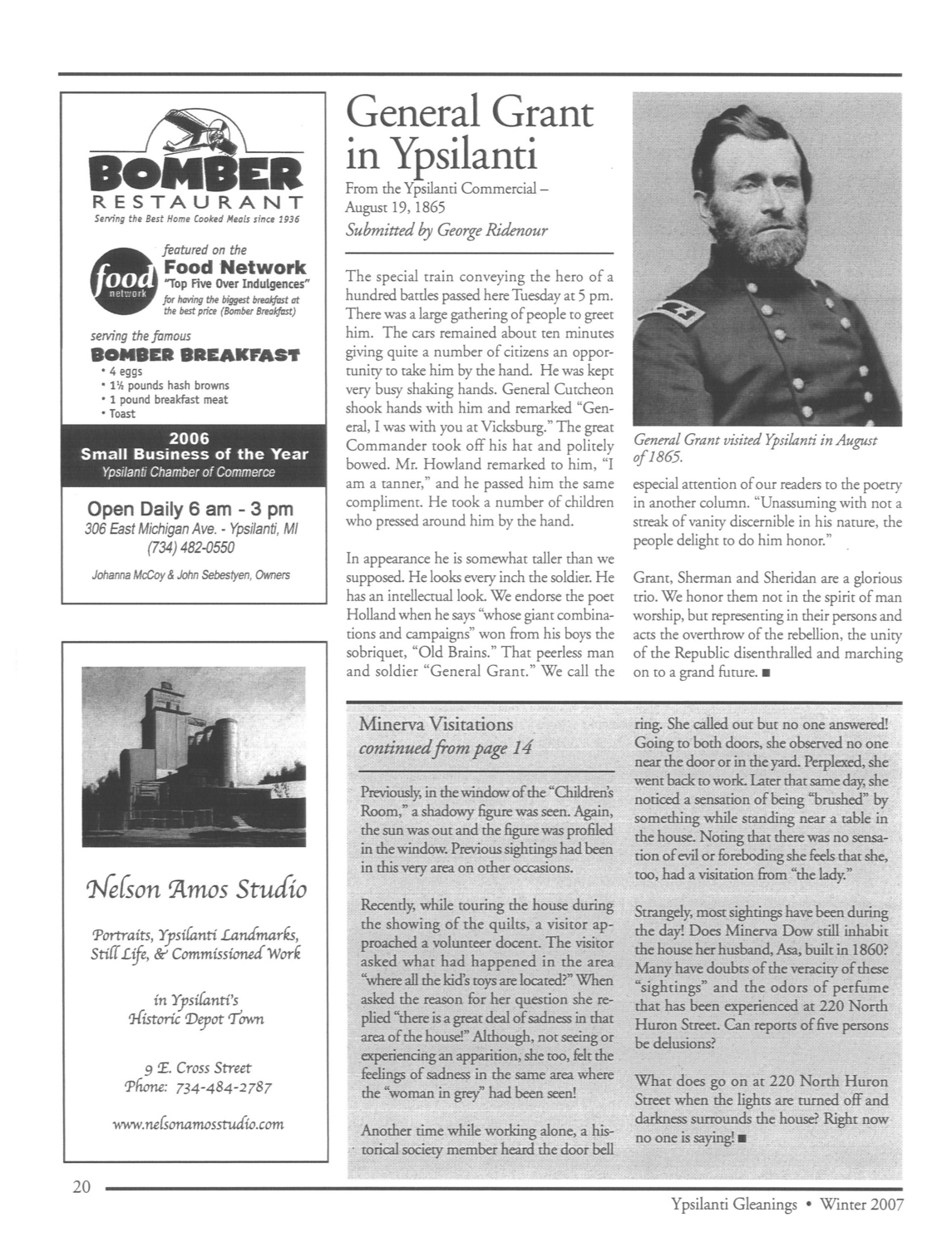 The special train conveying the hero of a hundred battles passed here Tuesday at 5 pm. There was a large gathering of people to greet him. The cars remained about ten minutes giving quite a number of citizens an opportunity to take him by the hand. He was kept very busy shaking hands. General Cutcheon shook hands with him and remarked “General, I was with you at Vicksburg.” The great Commander took off his hat and politely bowed. Mr. Howland remarked to him, “I am a tanner,” and he passed him the same compliment. He took a number of children who pressed around him by the hand.

In appearance he is somewhat taller than we supposed. He looks every inch the soldier. He has an intellectual look. We endorse the poet Holland when he says “whose giant combinations and campaigns” won from his boys the sobriquet, “Old Brains.” That peerless man and soldier “General Grant.” We call the especial attention of our readers to the poetry in another column. “Unassuming with not a streak of vanity discernible in his nature, the people delight to do him honor.”

Grant, Sherman and Sheridan are a glorious trio. We honor them not in the spirit of man worship, but representing in their persons and acts the overthrow of the rebellion, the unity of the Republic disenthralled and marching on to a grand future.