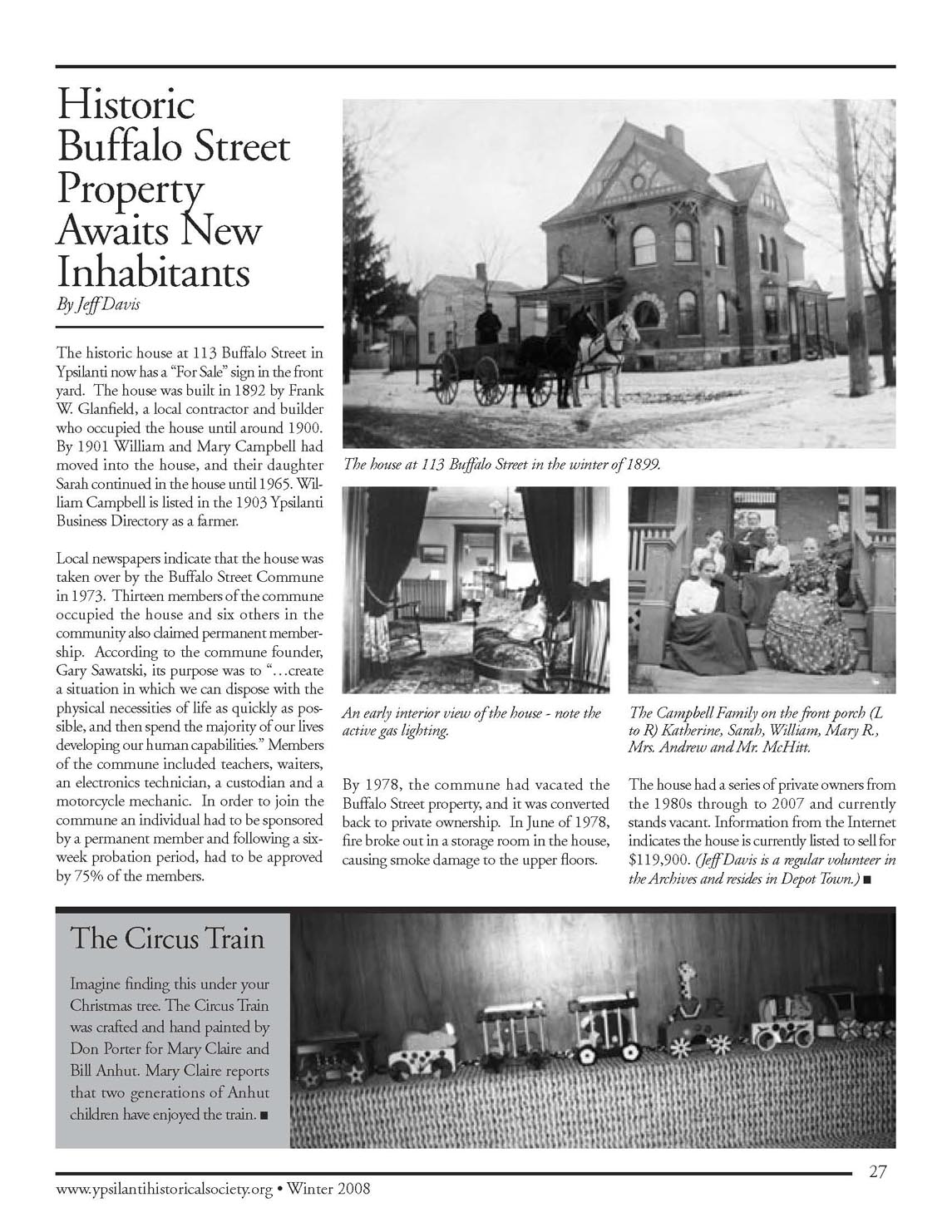 The historic house at 113 Buffalo Street in Ypsilanti now has a “For Sale” sign in the front yard. The house was built in 1892 by Frank W. Glanfield, a local contractor and builder who occupied the house until around 1900. By 1901 William and Mary Campbell had moved into the house, and their daughter Sarah continued in the house until 1965. William Campbell is listed in the 1903 Ypsilanti Business Directory as a farmer.

Local newspapers indicate that the house was taken over by the Buffalo Street Commune in 1973. Thirteen members of the commune occupied the house and six others in the community also claimed permanent membership. According to the commune founder, Gary Sawatski, its purpose was to “…create a situation in which we can dispose with the physical necessities of life as quickly as possible, and then spend the majority of our lives developing our human capabilities.” Members of the commune included teachers, waiters, an electronics technician, a custodian and a motorcycle mechanic. In order to join the commune an individual had to be sponsored by a permanent member and following a six-week probation period, had to be approved by 75% of the members.

By 1978, the commune had vacated the Buffalo Street property, and it was converted back to private ownership. In June of 1978, fire broke out in a storage room in the house, causing smoke damage to the upper floors.

The house had a series of private owners from the 1980s through to 2007 and currently stands vacant. Information from the Internet indicates the house is currently listed to sell for $119,900.

(Jeff Davis is a regular volunteer in the Archives and resides in Depot Town.)

Photo 1: The house at 113 Buffalo Street in the winter of 1899.
Photo 2: An early interior view of the house - note the active gas lighting.
Photo 3: The Campbell Family on the front porch (L to R) Katherine, Sarah, William, Mary R., Mrs. Andrew and Mr. McHitt.