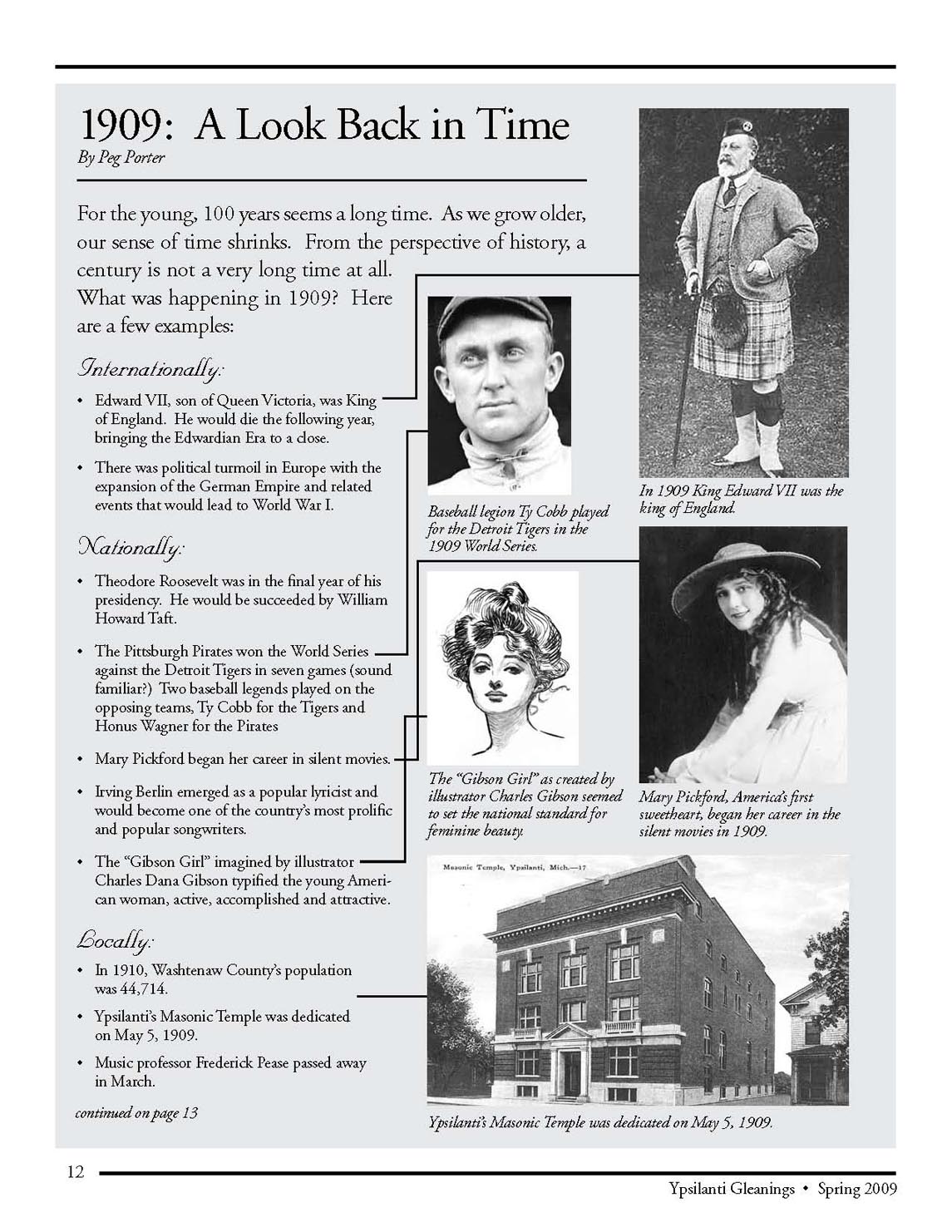 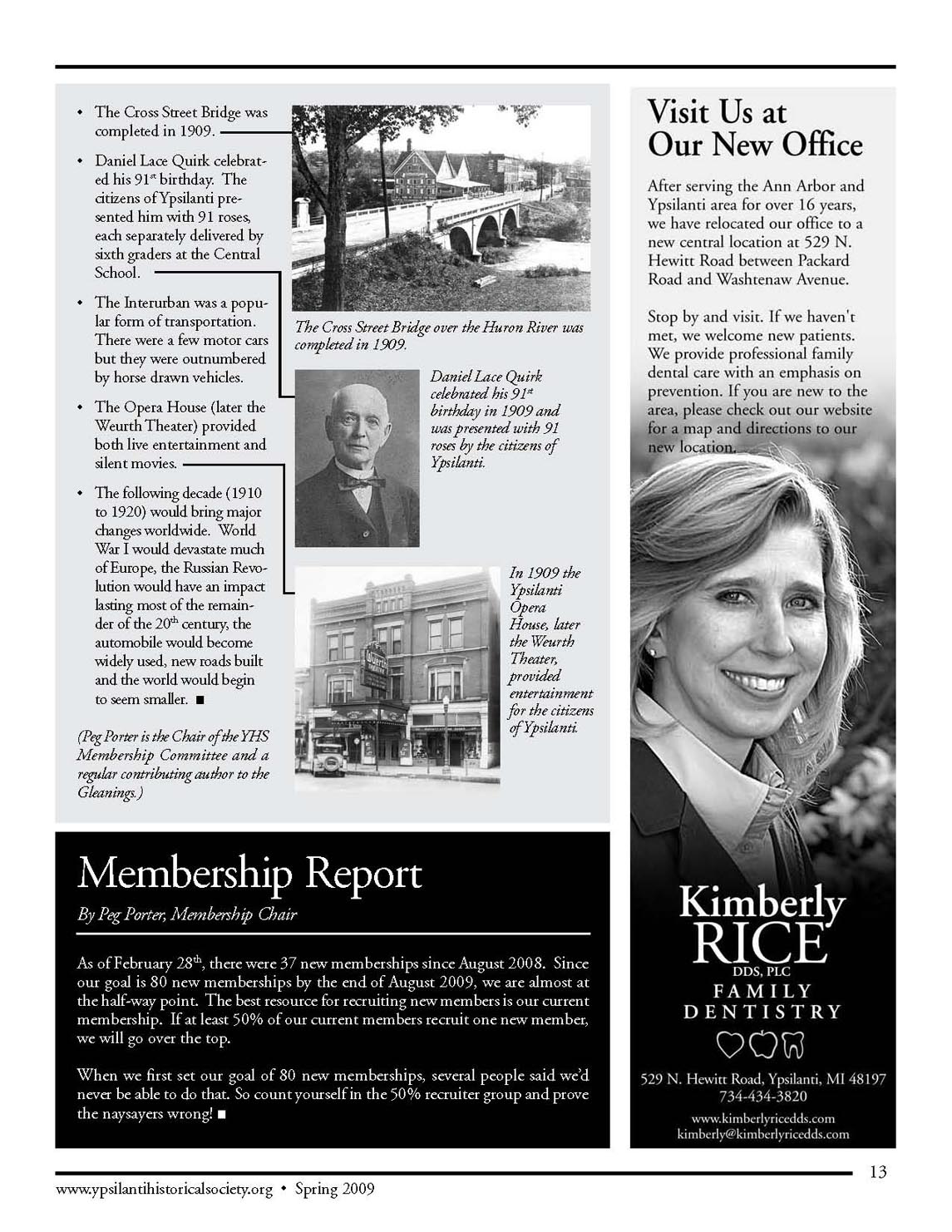 For the young, 100 years seems a long time. As we grow older, our sense of time shrinks. From the perspective of history, a century is not a very long time at all. What was happening in 1909? Here a few examples:
Internationally:
Edward VII, son of Queen Victoria, was King of England. He would die the following year, bringing the Edwardian Era to a close.
There was political turmoil in Europe with the expansion of the German Empire and related events that would lead to World War I.
Nationally:
Theodore Roosevelt was in the final year of his presidency. He would be succeeded by William Howard Taft.
The Pittsburgh Pirates won the World Series against the Detroit Tigers in seven games (sound familiar?) Two baseball legends played on the opposing teams, Ty Cobb for the Tigers and Honus Wagner for the Pirates
Mary Pickford began her career in silent movies.
Irving Berlin emerged as a popular lyricist and would become one of the country’s most prolific and popular songwriters.
The “Gibson Girl” imagined by illustrator Charles Dana Gibson typified the young American woman, active, accomplished and attractive.
Locally:
In 1910, Washtenaw County’s population was 44,714.
Ypsilanti’s Masonic Temple was dedicated on May 5, 1909.
Music professor Frederick Pease passed away in March.
The Cross Street Bridge was completed in 1909.
Daniel Lace Quirk celebrated his 91st birthday. The citizens of Ypsilanti presented him with 91 roses, each separately delivered by sixth graders at the Central School.
The Interurban was a popular form of transportation. There were a few motor cars but they were outnumbered by horse drawn vehicles.
The Opera House (later the Weurth Theater) provided both live entertainment and silent movies.
The following decade (1910 to 1920) would bring major changes worldwide. World War I would devastate much of Europe, the Russian Revolution would have an impact lasting most of the remainder of the 20th century, the automobile would become widely used, new roads built and the world would begin to seem smaller.
(Peg Porter is the Chair of the YHS Membership Committee and a regular contributing author to the Gleanings.)

Photo 1: In 1909 King Edward VII was the king of England.
Photo 2: Baseball legion Ty Cobb played for the Detroit Tigers in the 1909 World Series.
Photo 3: Mary Pickford, America’s first sweetheart, began her career in the silent movies in 1909.
Photo 4: The “Gibson Girl” as created by illustrator Charles Gibson seemed to set the national standard for feminine beauty.
Photo 5: Ypsilanti’s Masonic Temple was dedicated on May 5, 1909.
Photo 6: The Cross Street Bridge over the Huron River was completed in 1909.
Photo 7: Daniel Lace Quirk celebrated his 91st birthday in 1909 and was presented with 91 roses by the citizens of Ypsilanti.
Photo 8: In 1909 the Ypsilanti Opera House, later the Weurth Theater, provided entertainment for the citizens of Ypsilanti.