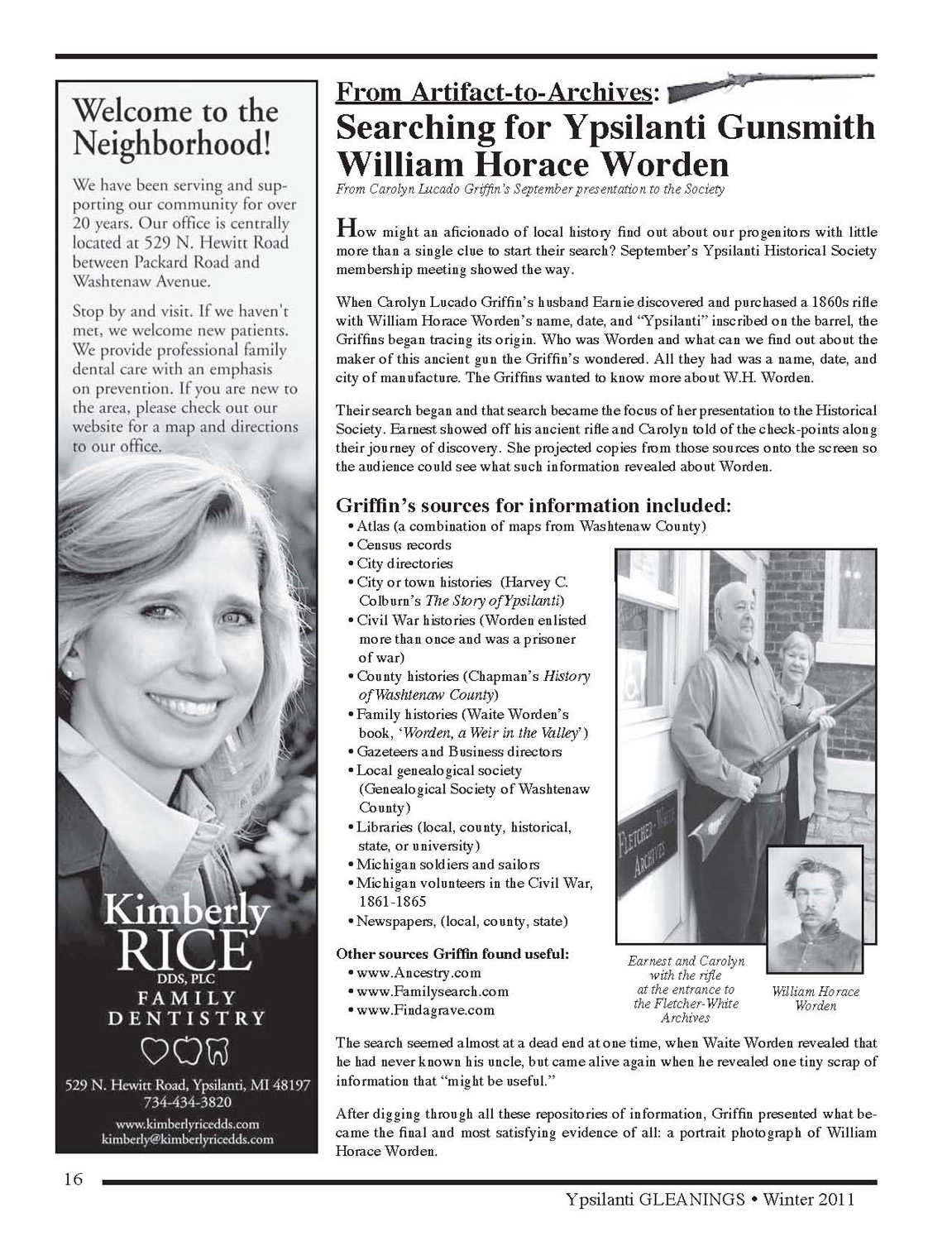 From Carolyn Lucado Griffin's September presentation to the Society

How might an aficionado of local history find out about our progenitors with little more than a single clue to start their search? September’s Ypsilanti Historical Society membership meeting showed the way.

When Carolyn Lucado Griffin’s husband Eanie discovered and purchased a 1860s rifle with William Horace Worden’s name, date, and “Ypsilanti” inscribed on the barrel, the Griffins began tracing its origin. Who was Worden and what can we find out about the maker of this ancient gun the Griffin’s wondered. All they had was a name, date, and city of manufacture. The Griffins wanted to know more about W.H. Worden.

Their search began and that search became the focus of her presentation to the Historical Society. Earnest showed off his ancient rifle and Carolyn told of the check-points along their journey of discovery. She projected copies from those sources onto the screen so the audience could see what such information revealed about Worden.

The search seemed almost at a dead end at one time, when Waite Worden revealed that he had never known his uncle, but came alive again when he revealed one tiny scrap of information that “might be useful.”

After digging through all these repositories of information, Griffin presented what be- came the final and most satisfying evidence of all: a portrait photograph of William Horace Worden.

Photo 1: Earnest and Carolyn with the rifle at the entrance to the Fletcher-White Archives