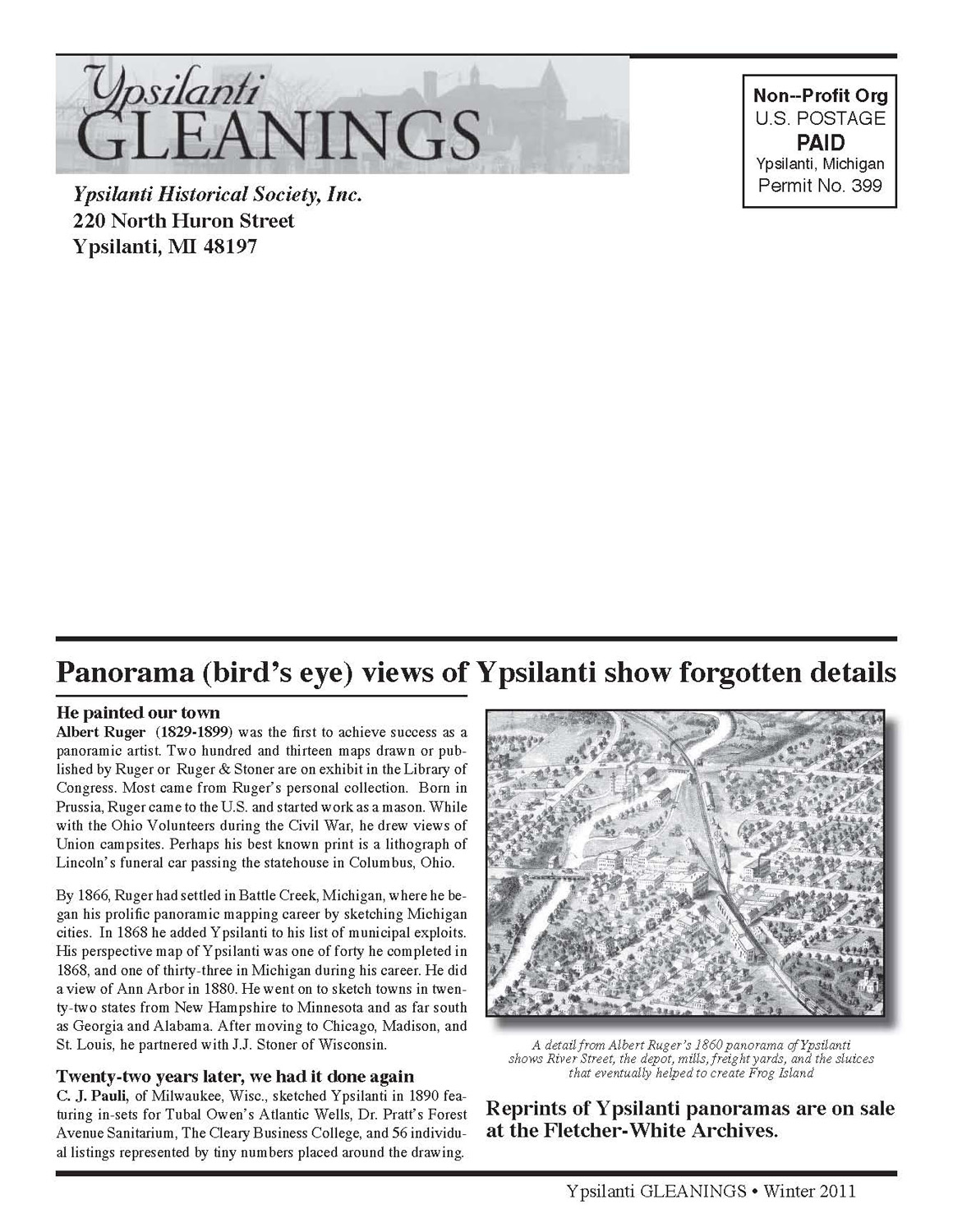 He painted our town
Albert Ruger (1829-1899) was the first to achieve success as a panoramic artist. Two hundred and thirteen maps drawn or pub- lished by Ruger or Ruger & Stoner are on exhibit in the Library of Congress. Most came from Ruger’s personal collection. Born in Prussia, Ruger came to the U.S. and started work as a mason. While with the Ohio Volunteers during the Civil War, he drew views of Union campsites. Perhaps his best known print is a lithograph of Lincoln’s funeral car passing the statehouse in Columbus, Ohio.

By 1866, Ruger had settled in Battle Creek, Michigan, where he be- gan his prolific panoramic mapping career by sketching Michigan cities. In 1868 he added Ypsilanti to his list of municipal exploits. His perspective map of Ypsilanti was one of forty he completed in 1868, and one of thirty-three in Michigan during his career. He did a view of Ann Arbor in 1880. He went on to sketch towns in twen- ty-two states from New Hampshire to Minnesota and as far south as Georgia and Alabama. After moving to Chicago, Madison, and St. Louis, he partnered with J.J. Stoner of Wisconsin.