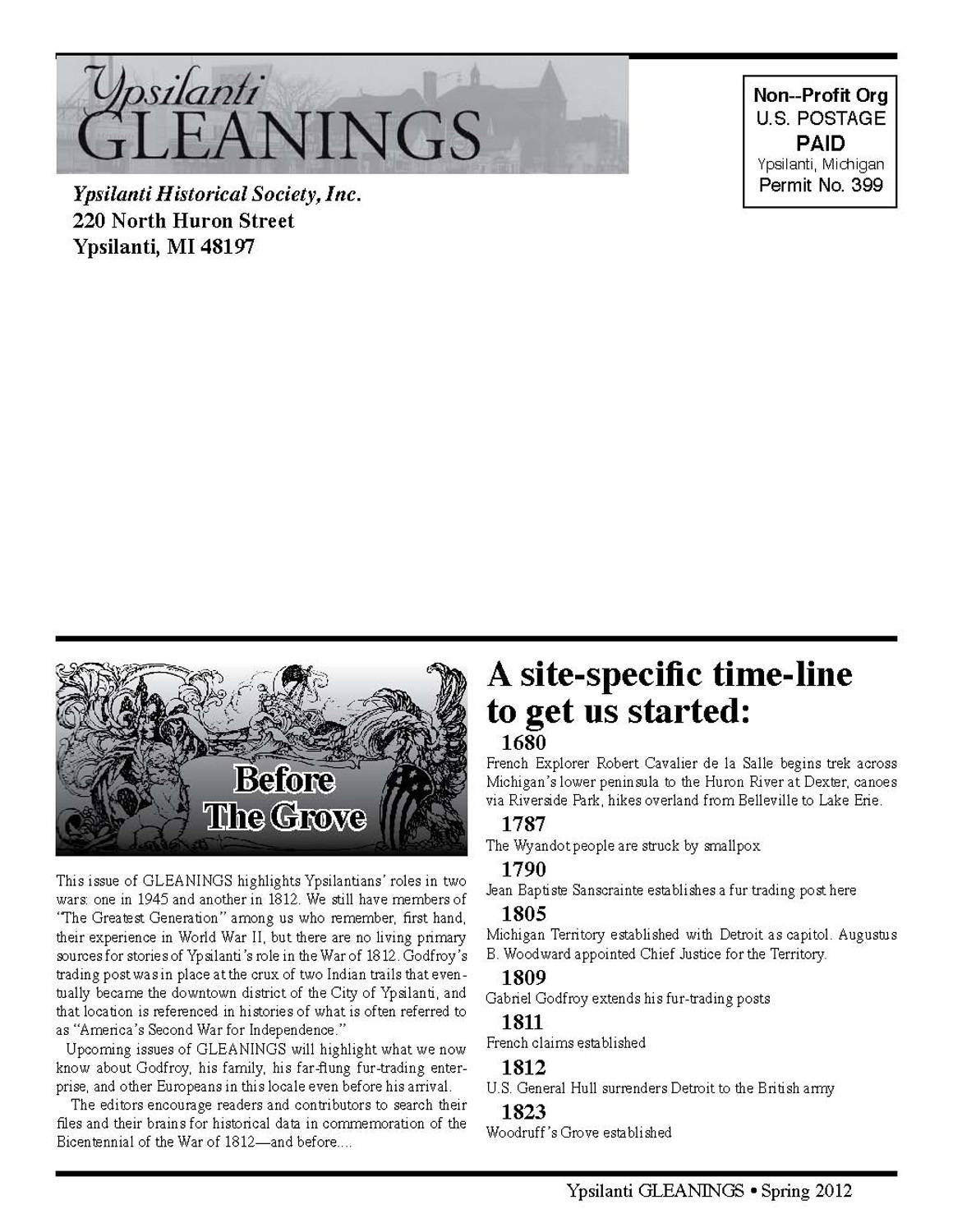 This issue of GLEANINGS highlights Ypsilantians’ roles in two wars: one in 1945 and another in 1812. We still have members of “The Greatest Generation” among us who remember, first hand, their experience in World War II, but there are no living primary sources for stories of Ypsilanti’s role in the War of 1812. Godfroy’s trading post was in place at the crux of two Indian trails that eventually became the downtown district of the City of Ypsilanti, and that location is referenced in histories of what is often referred to
as “America’s Second War for Independence.”

Upcoming issues of GLEANINGS will highlight what we now know about Godfroy, his family, his far-flung furtrading enterprise, and other Europeans in this locale even before his arrival.

The editors encourage readers and contributors to search their files and their brains for historical data in commemoration of the Bicentennial of the War of 1812––and before....