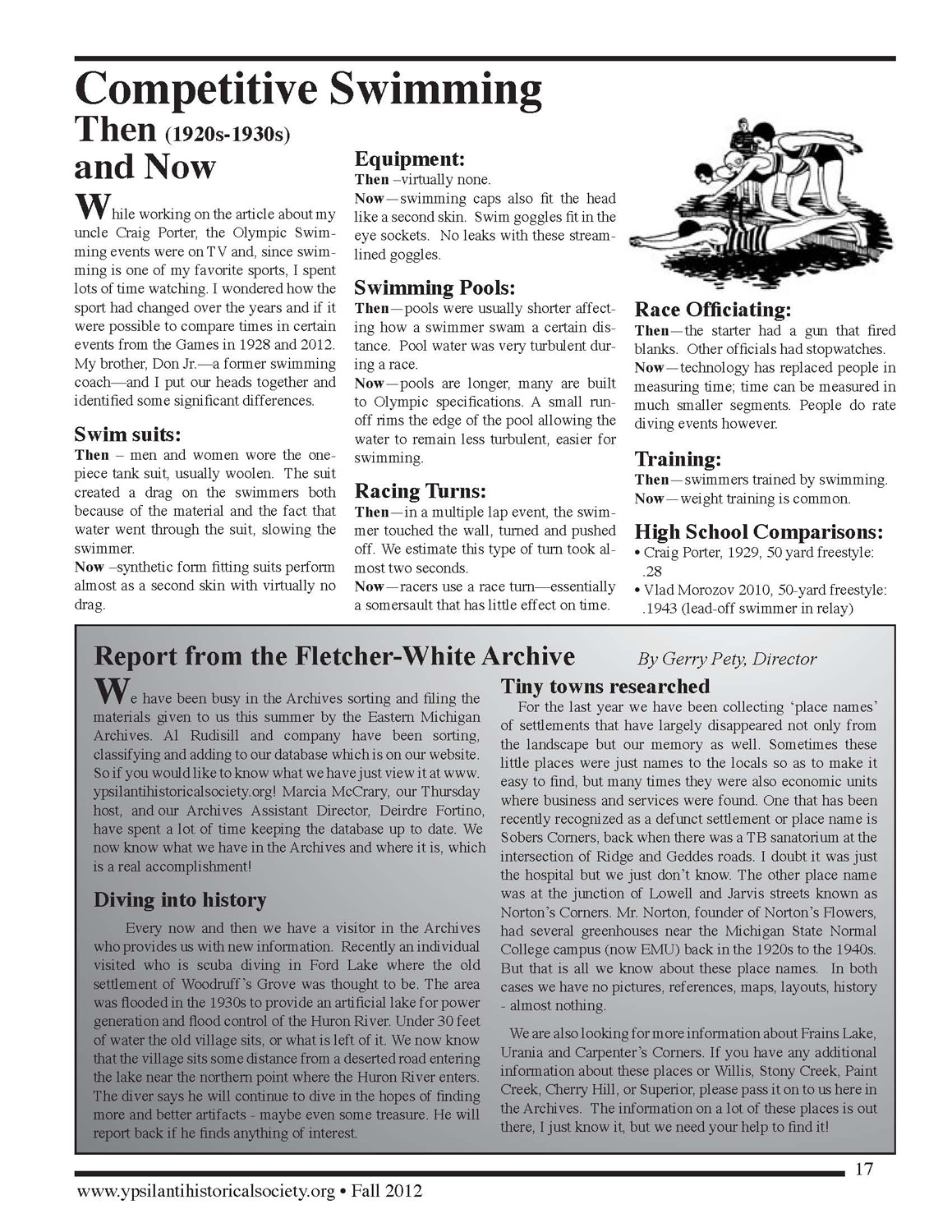 While working on the article about my uncle Craig Porter, the Olympic Swimming events were on TV and, since swimming is one of my favorite sports, I spent lots of time watching. I wondered how the sport had changed over the years and if it were possible to compare times in certain events from the Games in 1928 and 2012. My brother, Don Jr.––a former swimming
coach––and I put our heads together and identified some significant differences.

Swim suits:
Then - men and women wore the one piece tank suit, usually woolen. The suit created a drag on the swimmers both because of the material and the fact that water went through the suit, slowing the swimmer.

Equipment:
Then - virtually none.
Now - swimming caps also fit the head like a second skin. Swim goggles fit in the eye sockets. No leaks with these streamlined goggles.

Swimming Pools:
Then - pools were usually shorter affecting how a swimmer swam a certain distance. Pool water was very turbulent during a race.
Now - pools are longer, many are built to Olympic specifications. A small runoff rims the edge of the pool allowing the water to remain less turbulent, easier for swimming.

Racing Turns:
Then - in a multiple lap event, the swimmer touched the wall, turned and pushed off. We estimate this type of turn took almost two seconds.
Now - racers use a race turn––essentially a somersault that has little effect on time.

Race Officiating:
Then - the starter had a gun that fired blanks. Other officials had stopwatches.
Now - technology has replaced people in measuring time; time can be measured in much smaller segments. People do rate diving events however.