Clark's Lake - How it Sank 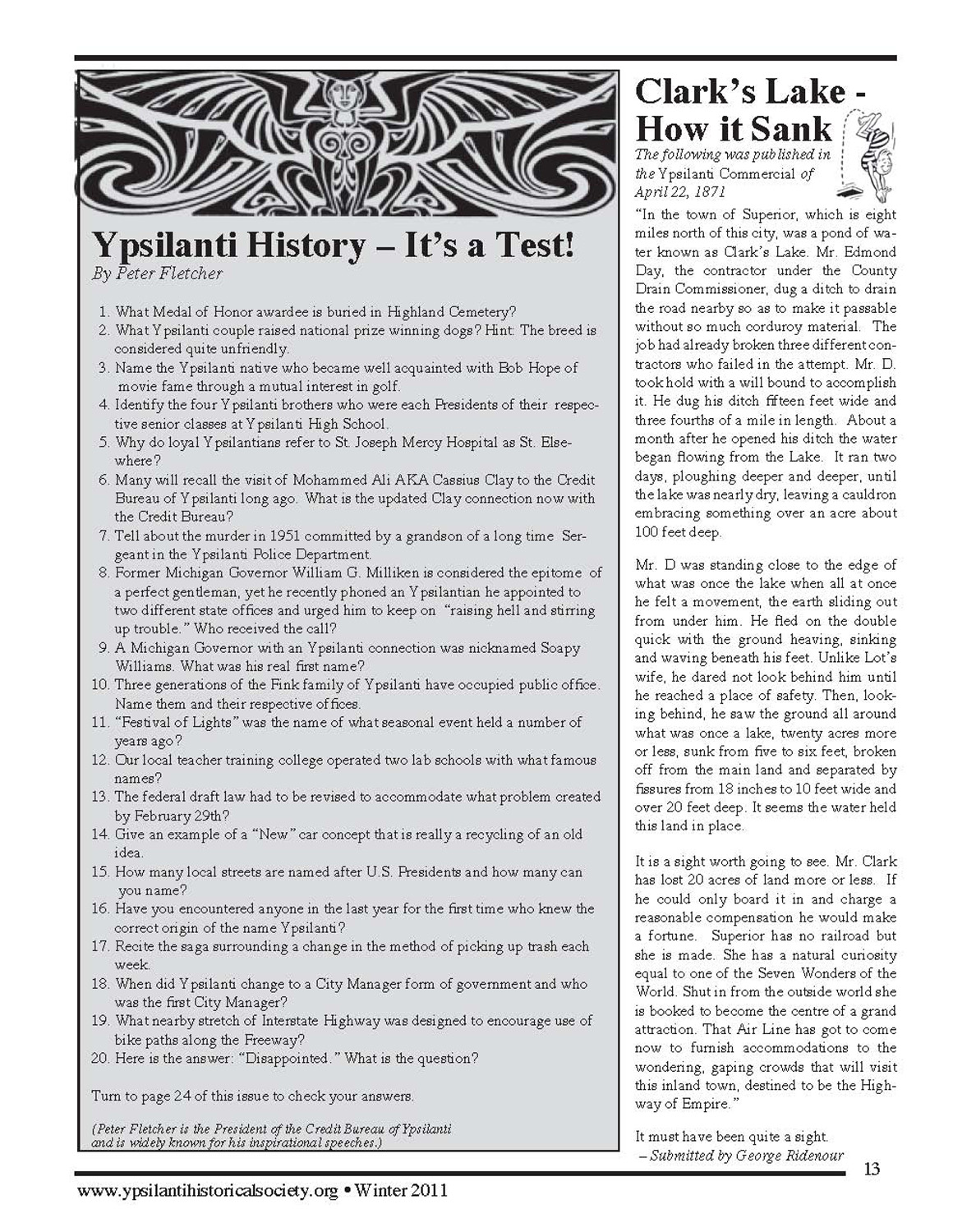 The following was published in the Ypsilanti Commercial of April 22, 1871

"In the town of superior, which is eight miles north of this city, was a pond of water known as Clark's Lake. Mr. Edmond Day, the contractor under the County Drain Commissioner, dug a ditch to drain the road nearby so as to make it passable without so much corduroy material. The job had already broken three different contractors who failed in the attempt. Mr. D. took hold with a will bound to accomplish it. he dug his ditch fifteen feet wide and three fourths of a mile in length. About a month after he opened his ditch the water began flowing from the Lake. It ran two days, ploughing deeper and deeper, until the lake was nearly dry, leaving a cauldron embracing something over an acre about 100 feet deep.

Mr. D was standing close to the edge of what was once the lake when all at once he felt a movement, the earth sliding out from under him. He fled on the double quick with the ground heaving, sinking and waving beneath his feet. Unlike Lot's wife, he dared not look behind him until he reached a place of safety. Then, looking behind, he saw the ground all around what was once a lake, twenty acres more or less, sunk from five to six feet, broken off from the main land and separated by fissures from 18 inches to 10 feet wide and over 20 feet deep. it seems the water held this land in place.

It is a sight worth going to see. Mr. Clark has lost 20 acres of land more or less. If he could only board it in and charge a reasonable compensation he would make a fortune. Superior has no railroad but she is made. She has a natural curiosity equal to one of the Seven Wonders of the World. Shut in from the outside world she is booked to become the centre of a grand attraction. That air Line has got to come now to furnish accomodations to the wondering, gaping crowds that ill visit this inland town, destined to be the Highway of Empire."

It must have been quite a sight.