History’s message: Just do the job and leave your name! 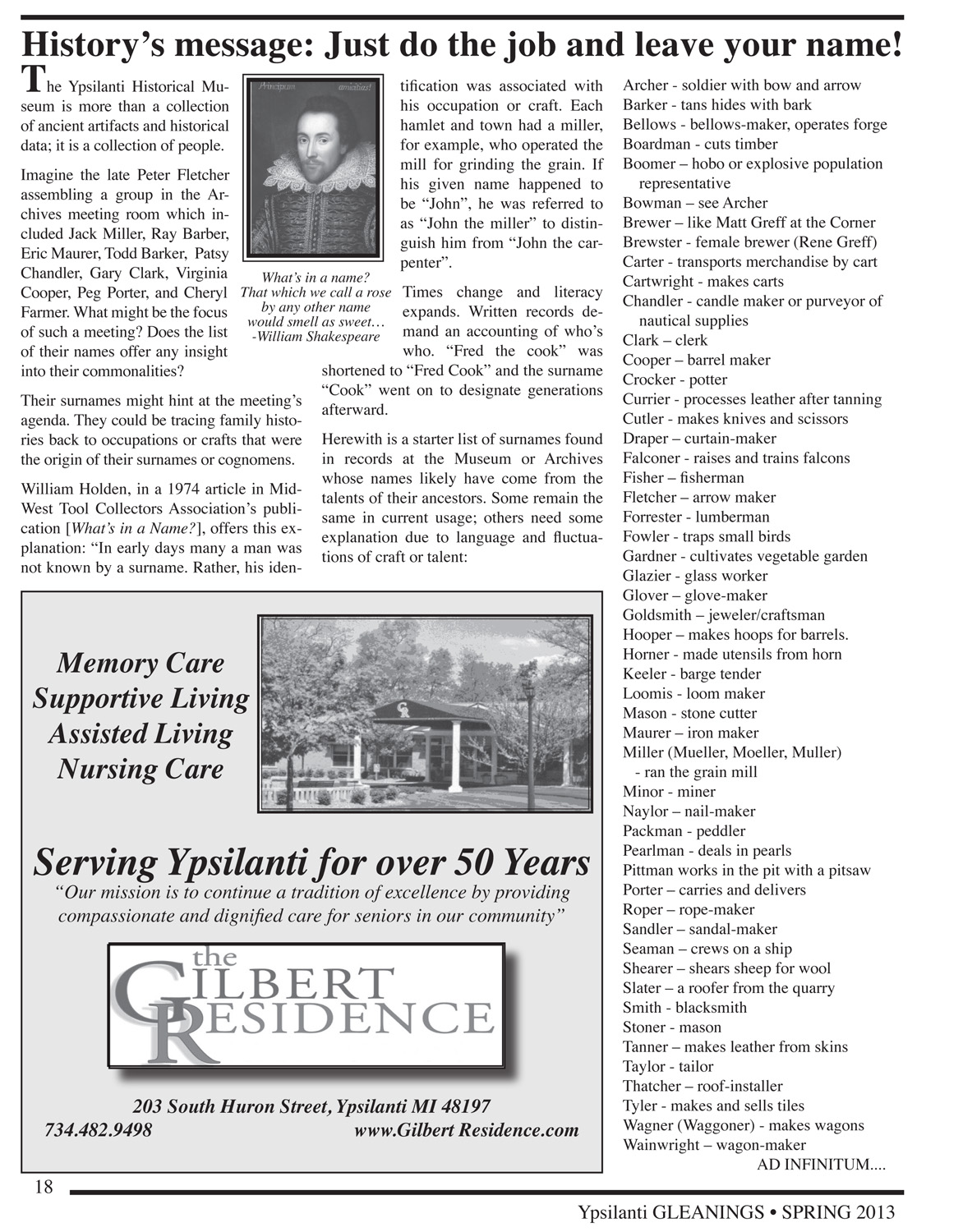 Imagine the late Peter Fletcher assembling a group in the Archives meeting room which included Jack Miller, Ray Barber, Eric Maurer, Todd Barker, Patsy Chandler, Gary Clark, Virginia Cooper, Peg Porter, and Cheryl Farmer. What might be the focus of such a meeting? Does the list of their names offer any insight into their commonalities?

Their surnames might hint at the meeting’s agenda. They could be tracing family histories back to occupations or crafts that were the origin of their surnames or cognomens.

William Holden, in a 1974 article in Mid-West Tool Collectors Association’s publication [What’s in a Name?], offers this explanation: “In early days many a man was not known by a surname. Rather, his identification was associated with his occupation or craft. Each hamlet and town had a miller, for example, who operated the mill for grinding the grain. If his given name happened to be “John”, he was referred to as “John the miller” to distinguish him from “John the carpenter”.

Times change and literacy expands. Written records demand an accounting of who’s who. “Fred the cook” was shortened to “Fred Cook” and the surname “Cook” went on to designate generations afterward.

Herewith is a starter list of surnames found in records at the Museum or Archives whose names likely have come from the talents of their ancestors. Some remain the same in current usage; others need some explanation due to language and fluctuations of craft or talent:

1. What’s in a name? That which we call a rose by any other name would smell as sweet…
-William Shakespeare