The Saga of the EMU Hurons 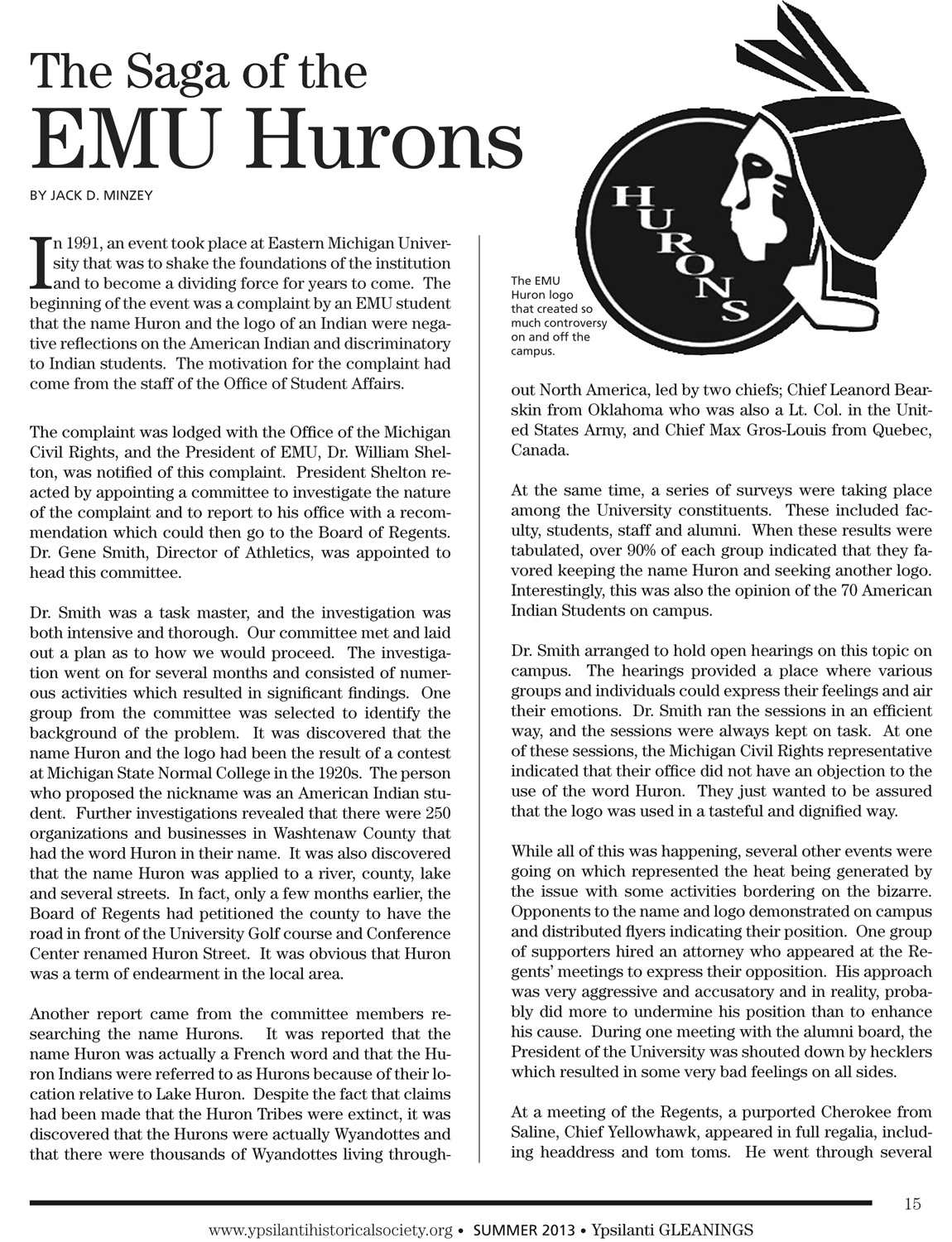 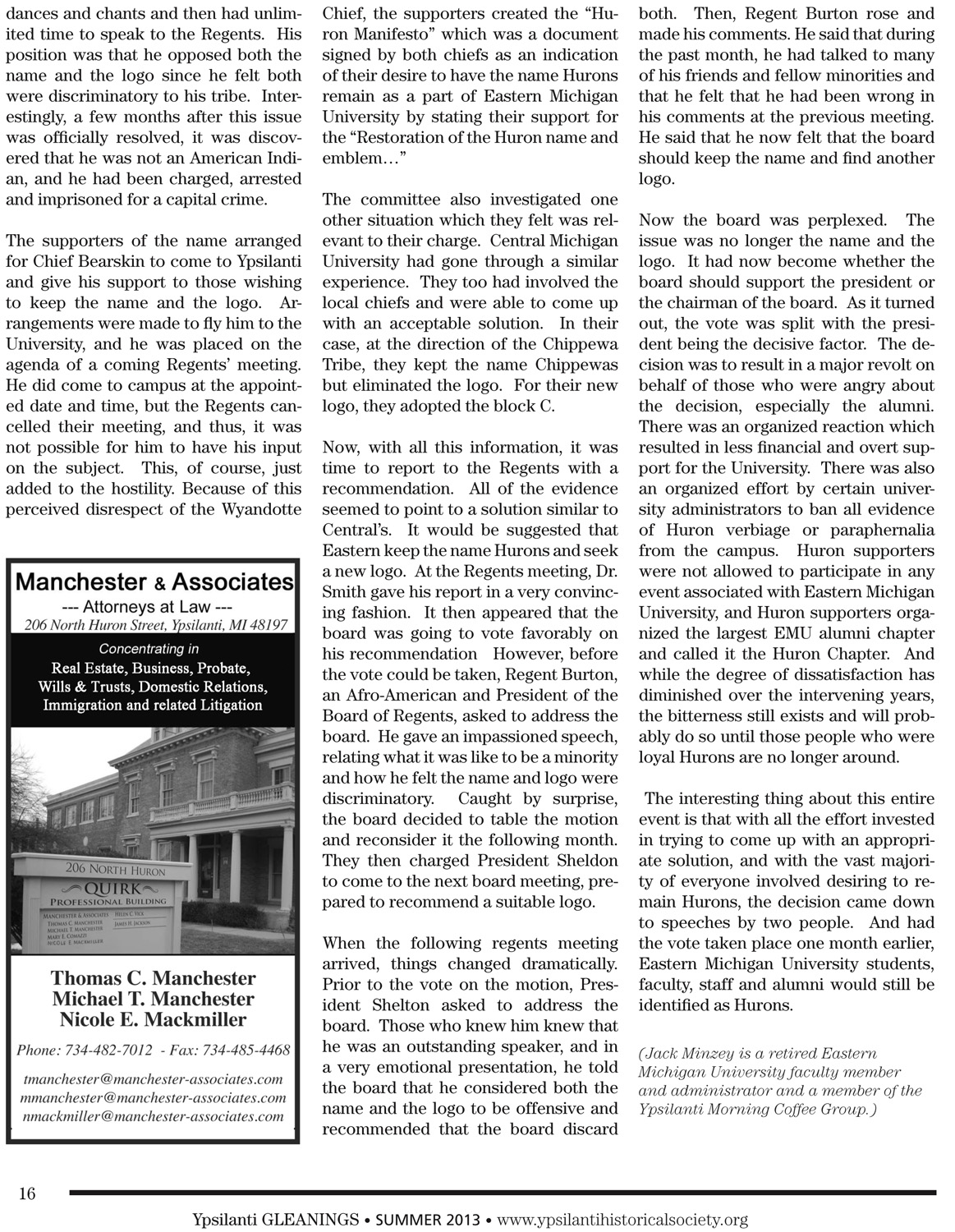 Photo Captions: 1. The EMU Huron logo that created so much controversy on and off the campus.