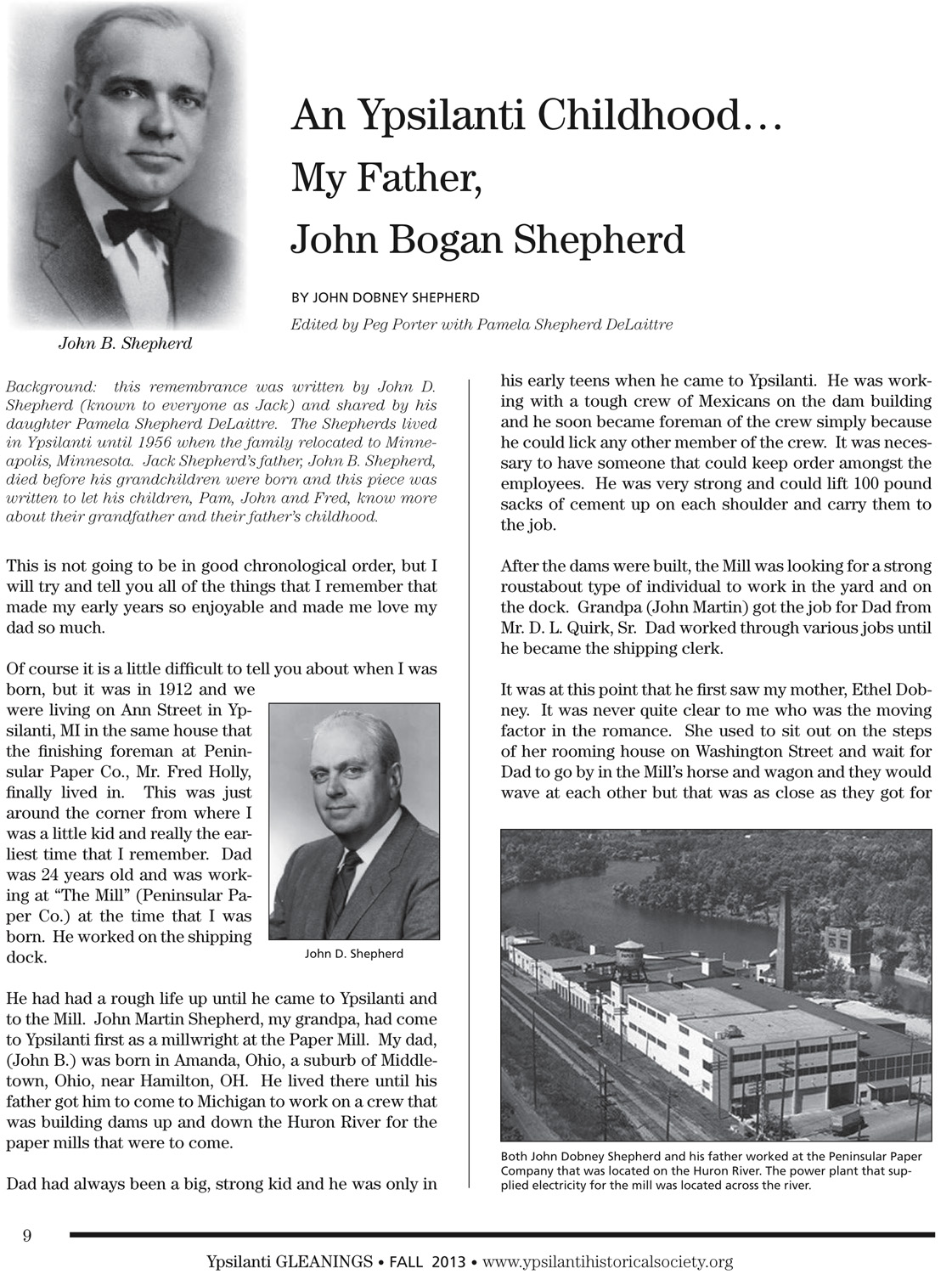 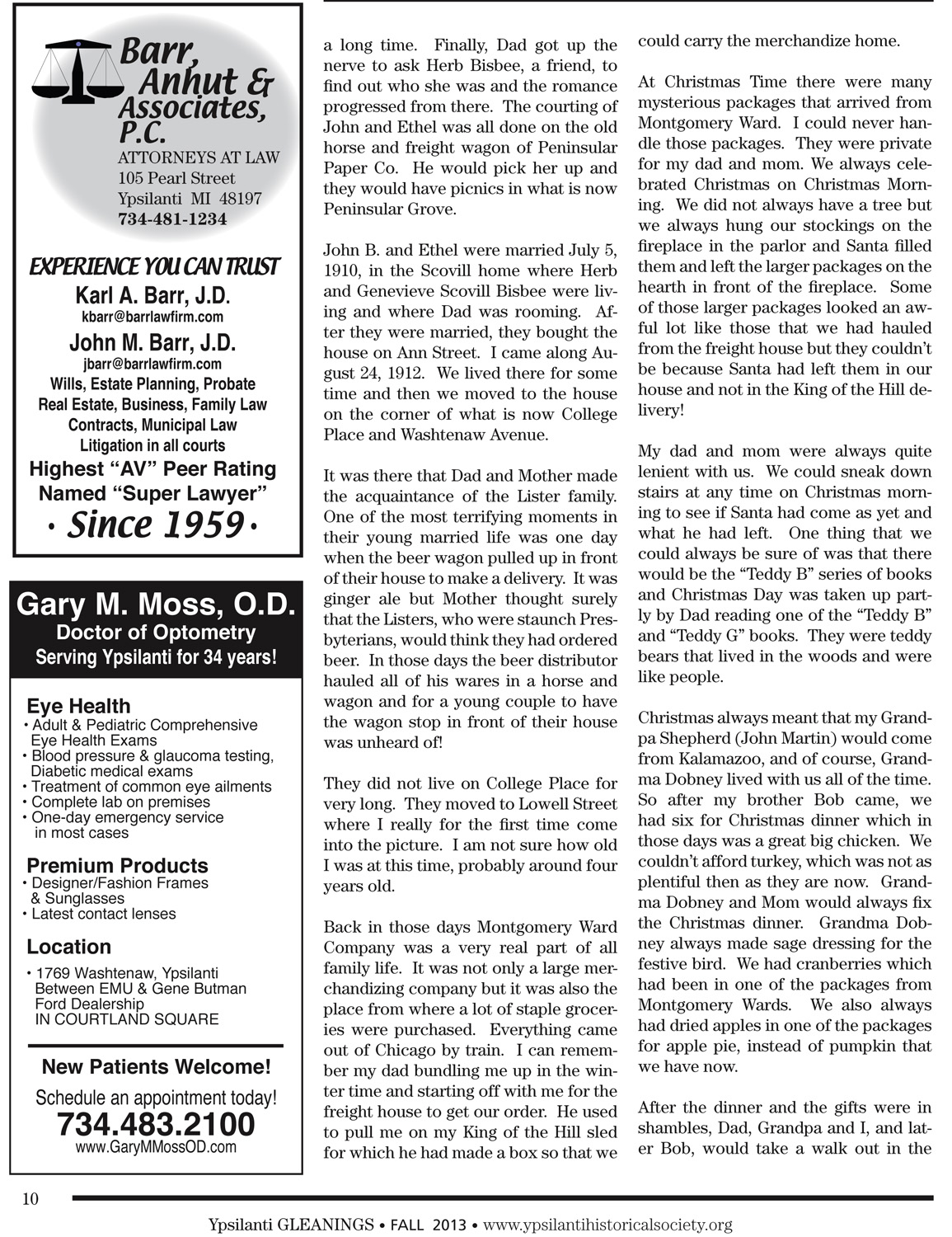 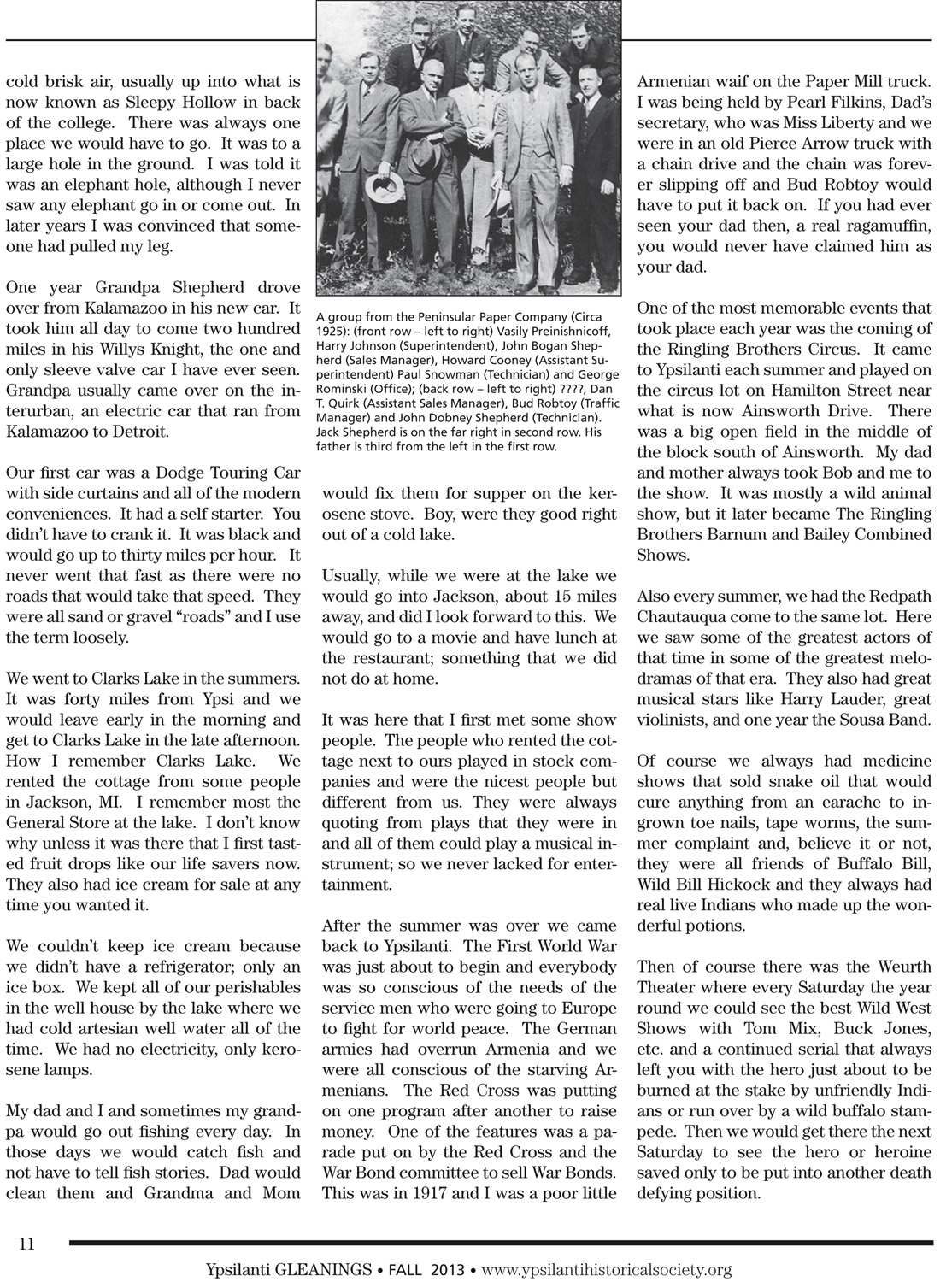 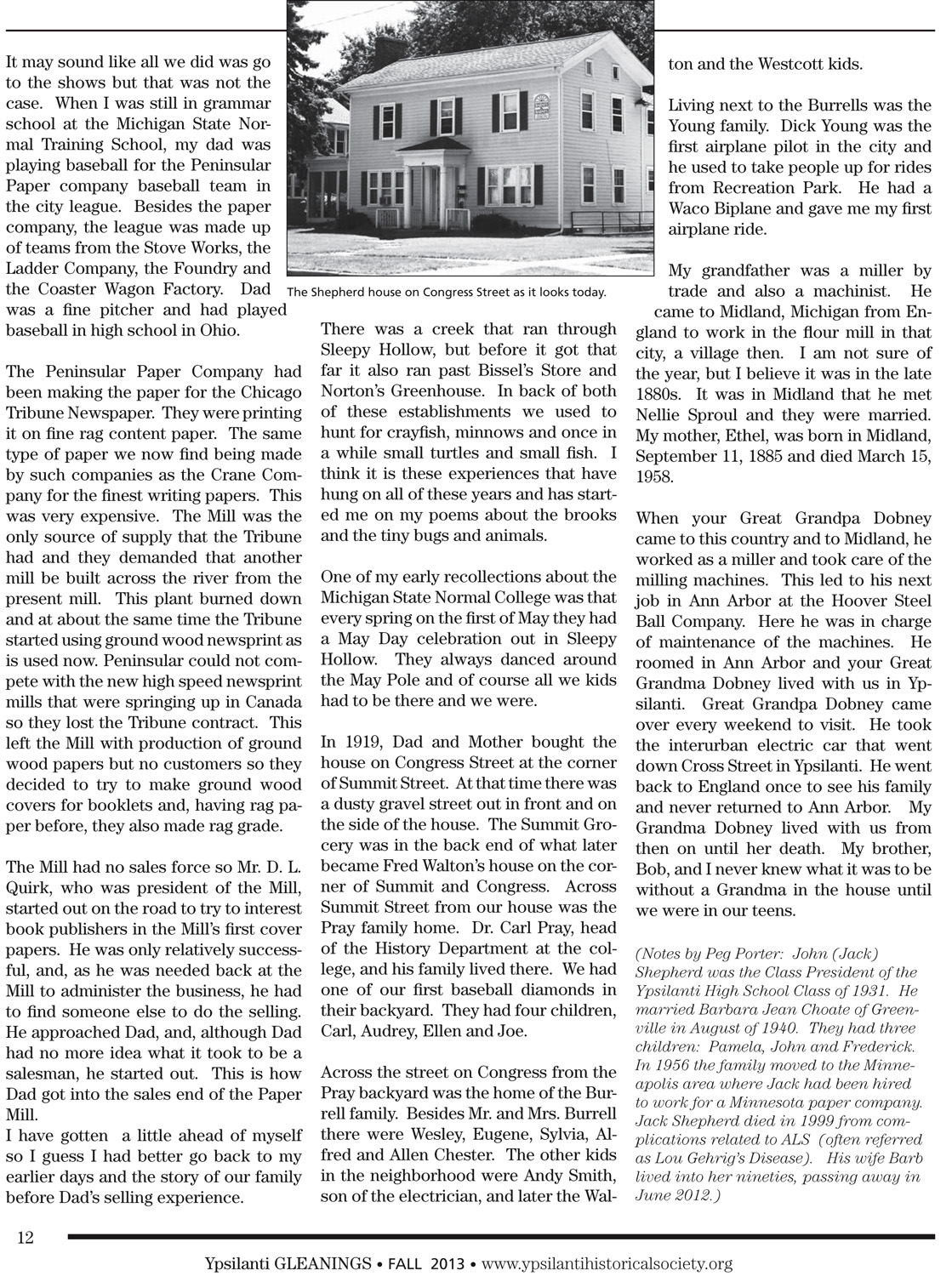 Photo Captions: 1. John Bogan Shepherd moved to Ypsilanti when he was in his early teens.

2. John Dobney Shepherd was born in Ypsilanti in 1912 and lived for a time in a house on Ann Street.

3. Both John Dobney Shepherd and his father worked at the Peninsular Paper Company that was located on the Huron River. The power plant that supplied electricity for the mill was located across the river.

5. The Shepherd house on Congress Street as it looks today.