News from the Fletcher-White Archives 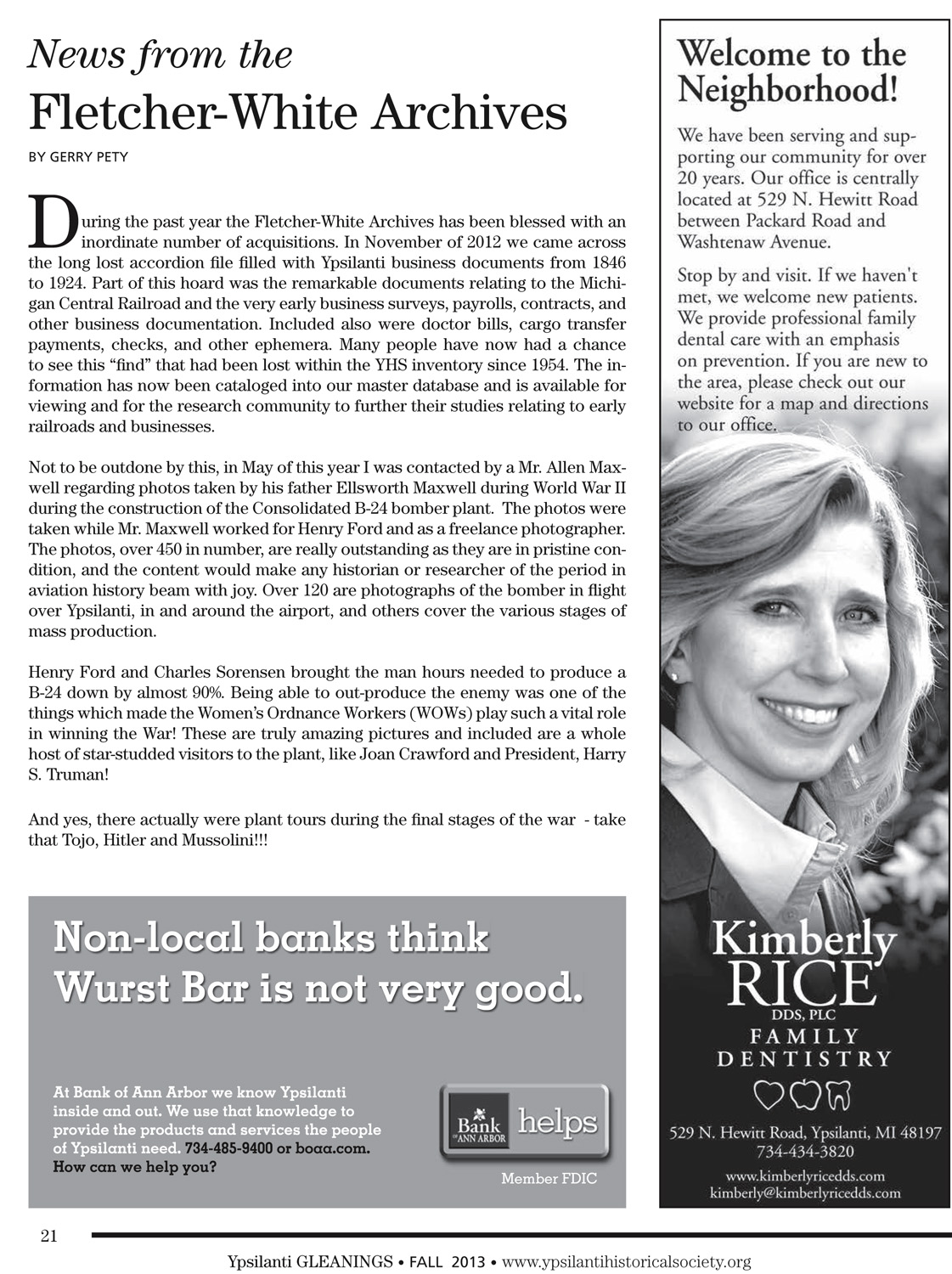 During the past year the Fletcher-White Archives has been blessed with an inordinate number of acquisitions. In November of 2012 we came across the long lost accordion file filled with Ypsilanti business documents from 1846 to 1924. Part of this hoard was the remarkable documents relating to the Michigan Central Railroad and the very early business surveys, payrolls, contracts, and other business documentation. Included also were doctor bills, cargo transfer payments, checks, and other ephemera. Many people have now had a chance to see this “find” that had been lost within the YHS inventory since 1954. The information has now been cataloged into our master database and is available for viewing and for the research community to further their studies relating to early railroads and businesses.

Not to be outdone by this, in May of this year I was contacted by a Mr. Allen Maxwell regarding photos taken by his father Ellsworth Maxwell during World War II during the construction of the Consolidated B-24 bomber plant. The photos were taken while Mr. Maxwell worked for Henry Ford and as a freelance photographer. The photos, over 450 in number, are really outstanding as they are in pristine condition, and the content would make any historian or researcher of the period in aviation history beam with joy. Over 120 are photographs of the bomber in flight over Ypsilanti, in and around the airport, and others cover the various stages of mass production.

Henry Ford and Charles Sorensen brought the man hours needed to produce a B-24 down by almost 90%. Being able to out-produce the enemy was one of the things which made the Women’s Ordnance Workers (WOWs) play such a vital role in winning the War!
These are truly amazing pictures and included are a whole host of star-studded visitors to the plant, like Joan Crawford and President, Harry S. Truman!

And yes, there actually were plant tours during the final stages of the war - take that Tojo, Hitler and Mussolini!!!