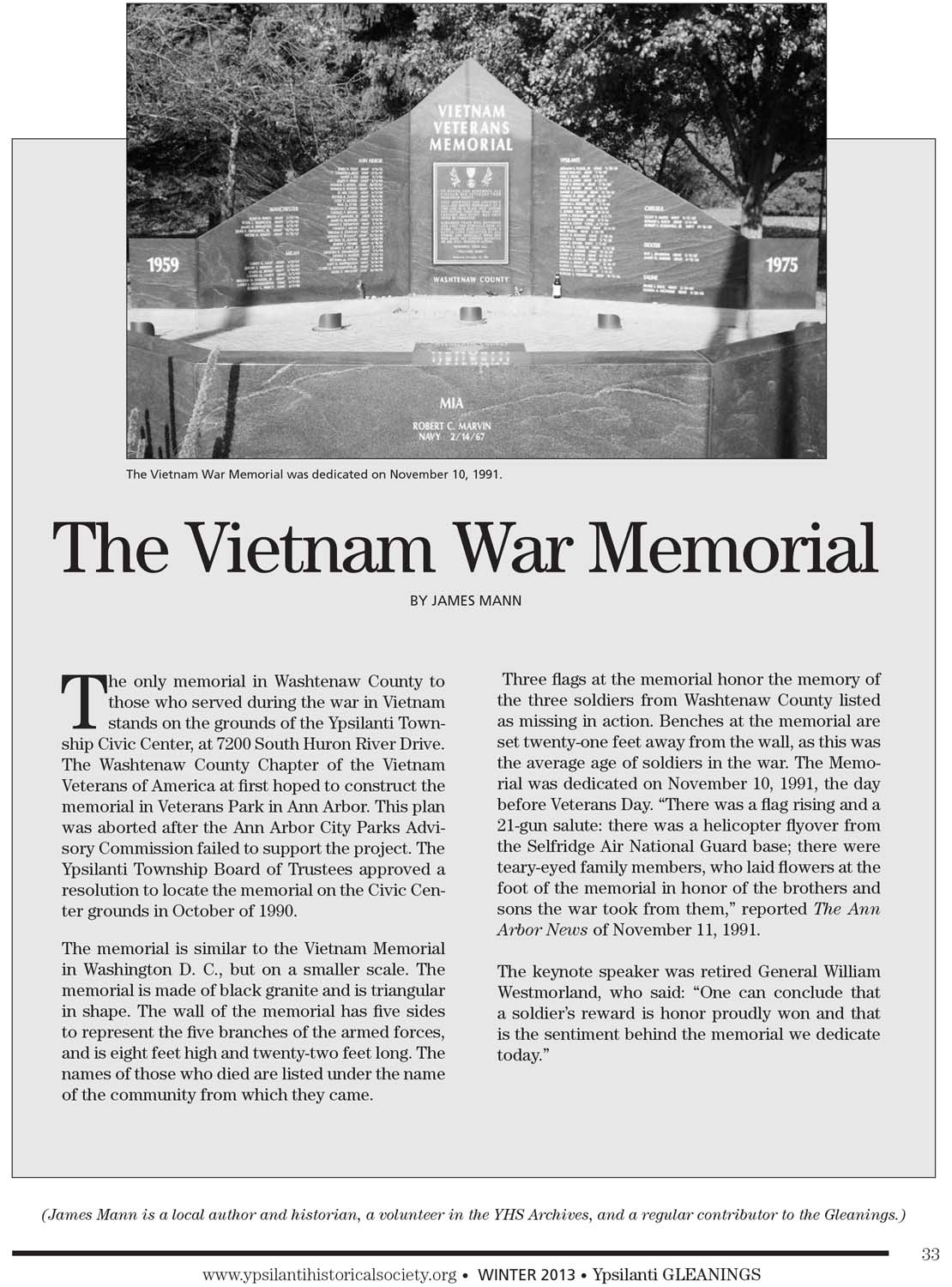 The only memorial in Washtenaw County to those who served during the war in Vietnam stands on the grounds of the Ypsilanti Township Civic Center, at 7200 South Huron River Drive. The Washtenaw County Chapter of the Vietnam Veterans of America at first hoped to construct the memorial in Veterans Park in Ann Arbor. This plan was aborted after the Ann Arbor City Parks Advisory Commission failed to support the project. The Ypsilanti Township Board of Trustees approved a resolution to locate the memorial on the Civic Center grounds in October of 1990. The memorial is similar to the Vietnam Memorial in Washington D. C., but on a smaller scale. The memorial is made of black granite and is triangular in shape. The wall of the memorial has five sides to represent the five branches of the armed forces, and is eight feet high and twenty-two feet long. The names of those who died are listed under the name of the community from which they came. Three flags at the memorial honor the memory of the three soldiers from Washtenaw County listed as missing in action. Benches at the memorial are set twenty-one feet away from the wall, as this was the average age of soldiers in the war. The Memorial was dedicated on November 10, 1991, the day before Veterans Day. “There was a flag rising and a 21-gun salute: there was a helicopter flyover from the Selfridge Air National Guard base; there were teary-eyed family members, who laid flowers at the foot of the memorial in honor of the brothers and sons the war took from them,” reported The Ann Arbor News of November 11, 1991. The keynote speaker was retired General William Westmorland, who said: “One can conclude that a soldier’s reward is honor proudly won and that is the sentiment behind the memorial we dedicate today.” (James Mann is a local author and historian, a volunteer in the YHS Archives, and a regular contributor to the Gleanings.)