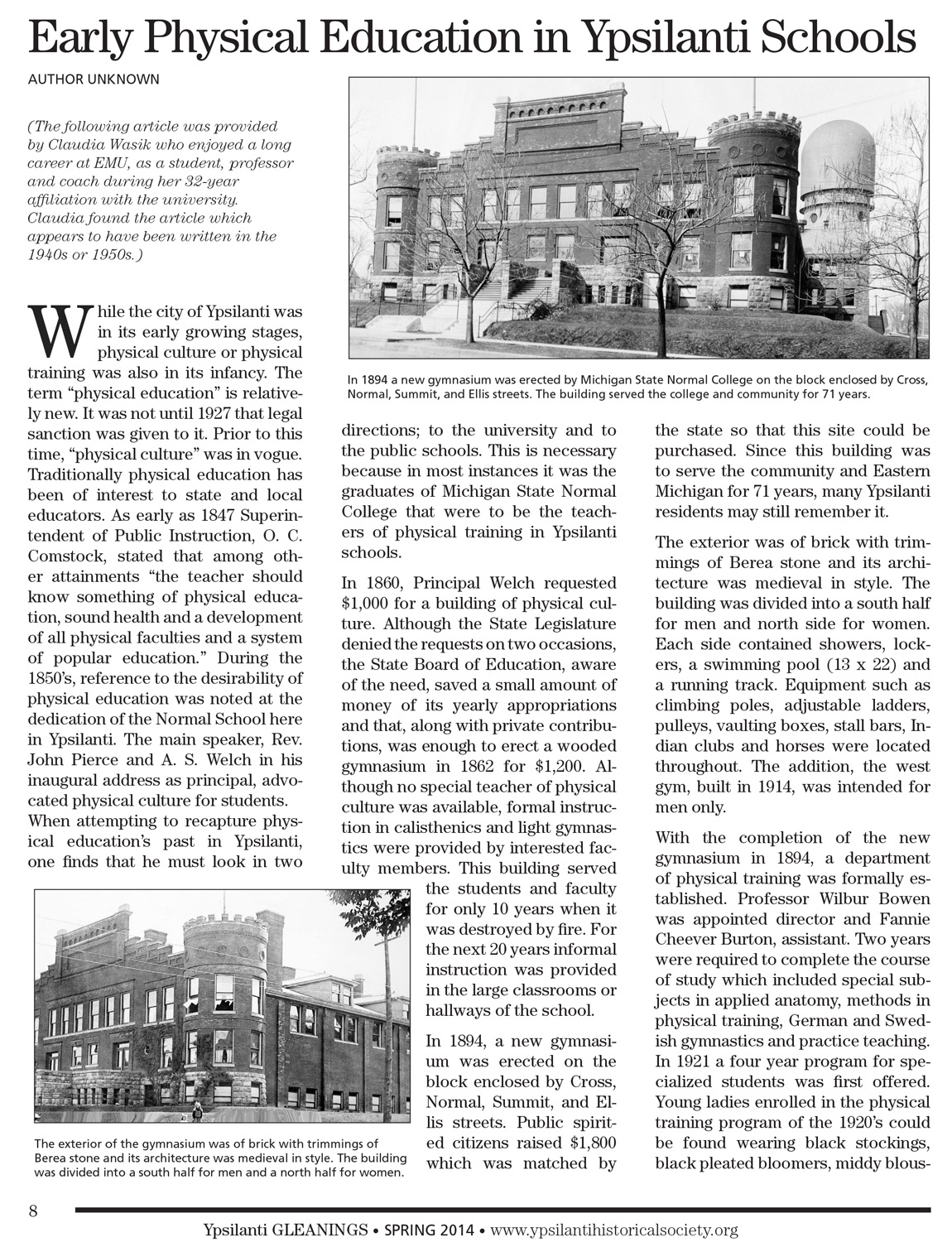 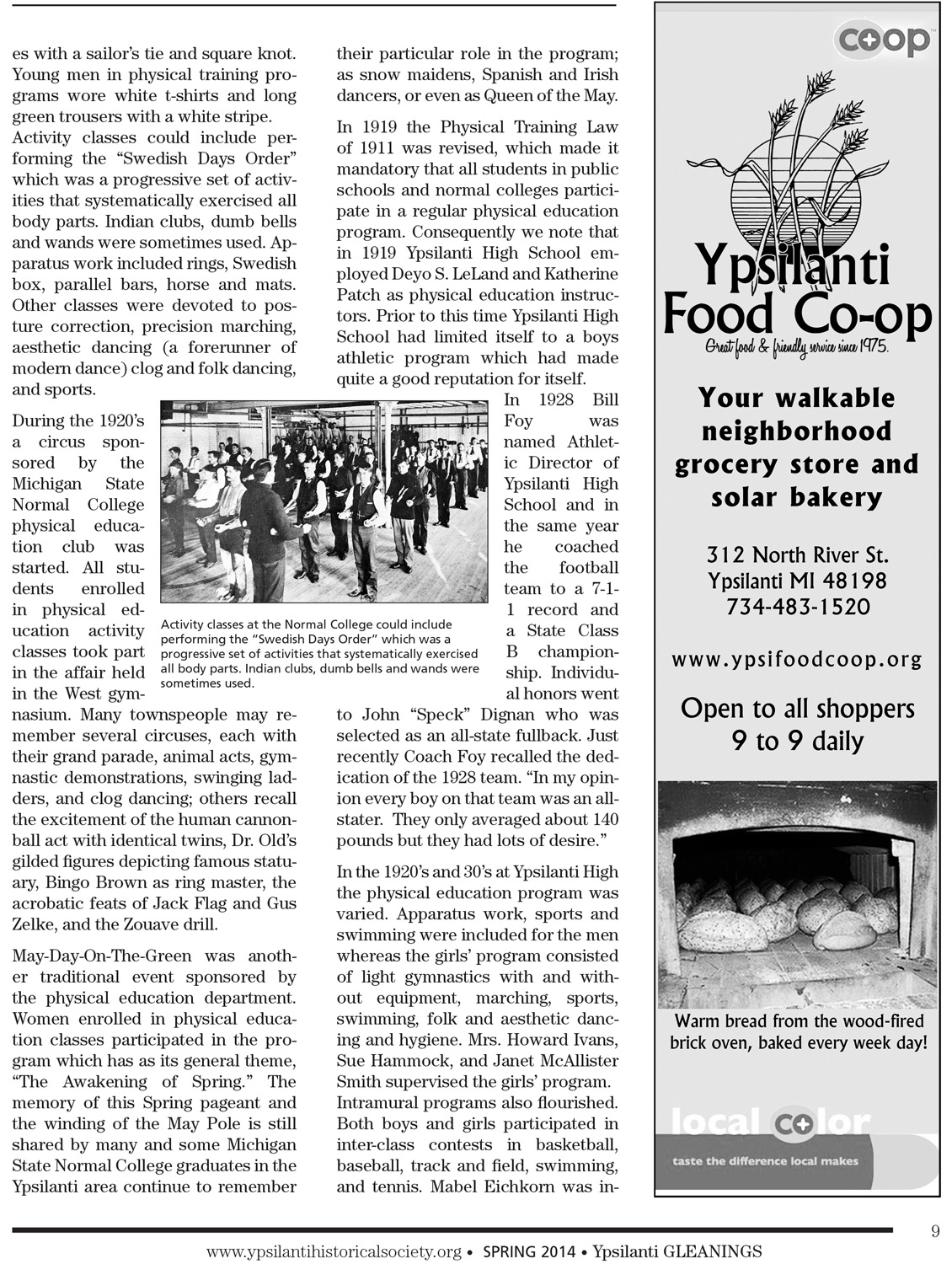 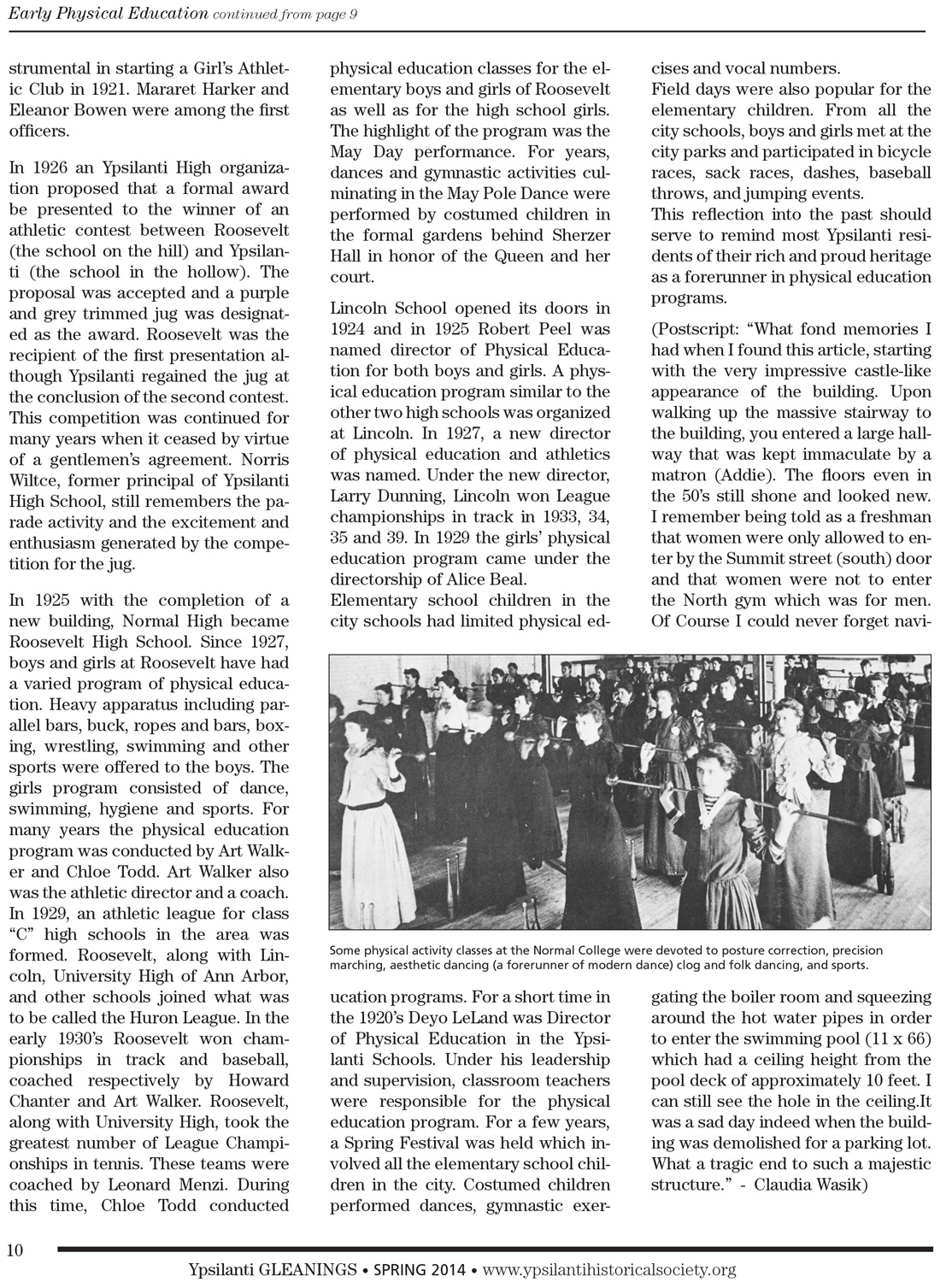 Photo Captions: Photo 1: In 1894 a new gymnasium was erected by Michigan State Normal College on the block enclosed by Cross, Normal, Summit, and Ellis streets. The building served the college and community for 71 years.

Photo 2: The exterior of the gymnasium was of brick with trimmings of Berea stone and its architecture was medieval in style. The building was divided into a south half for men and a north half for women.

Photo 3: Activity classes at the Normal College could include performing the “Swedish Days Order” which was a progressive set of activities that systematically exercised all body parts. Indian clubs, dumb bells and wands were sometimes used.

Photo 4: Some physical activity classes at the Normal College were devoted to posture correction, precision marching, aesthetic dancing (a forerunner of modern dance) clog and folk dancing, and sports.