A Tribute to Those Who Served 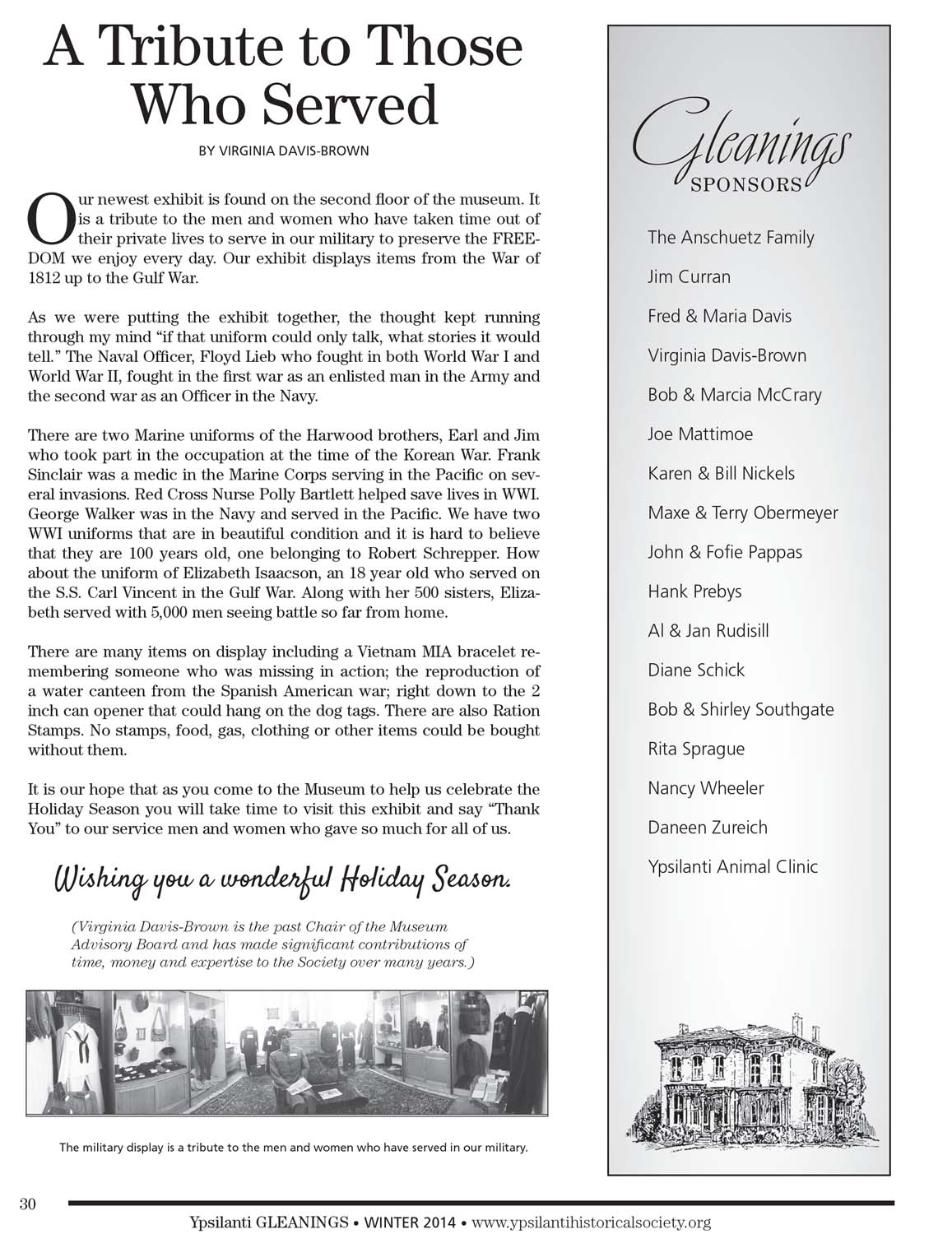 Our newest exhibit is found on the second floor of the museum. It is a tribute to the men and women who have taken time out of their private lives to serve in our military to preserve the FREEDOM we enjoy every day. Our exhibit displays items from the War of 1812 up to the Gulf War. As we were putting the exhibit together, the thought kept running through my mind “if that uniform could only talk, what stories it would tell.” The Naval Officer, Floyd Lieb who fought in both World War I and World War II, fought in the first war as an enlisted man in the Army and the second war as an Officer in the Navy. There are two Marine uniforms of the Harwood brothers, Earl and Jim who took part in the occupation at the time of the Korean War. Frank Sinclair was a medic in the Marine Corps serving in the Pacific on several invasions. Red Cross Nurse Polly Bartlett helped save lives in WWI. George Walker was in the Navy and served in the Pacific. We have two WWII uniforms that are in beautiful condition and it is hard to believe that they are 100 years old, one belonging to Robert Schrepper. How about the uniform of Elizabeth Isaacson, an 18 year old who served on the S.S. Carl Vincent in the Gulf War. Along with her 500 sisters, Elizabeth served with 5,000 men seeing battle so far from home. There are many items on display including a Vietnam MIA bracelet remembering someone who was missing in action; the reproduction of a water canteen from the Spanish American war; right down to the 2 inch can opener that could hang on the dog tags. There are also Ration Stamps. No stamps, food, gas, clothing or other items could be bought without them. It is our hope that as you come to the Museum to help us celebrate the Holiday Season you will take time to visit this exhibit and say “Thank You” to our service men and women who gave so much for all of us. Wishing you a wonderful Holiday Season. (Virginia Davis-Brown is the past Chair of the Museum Advisory Board and has made significant contributions of time, money and expertise to the Society over many years.)

Photo Captions: Photo 1: The military display is a tribute to the men and women who have served in our military.