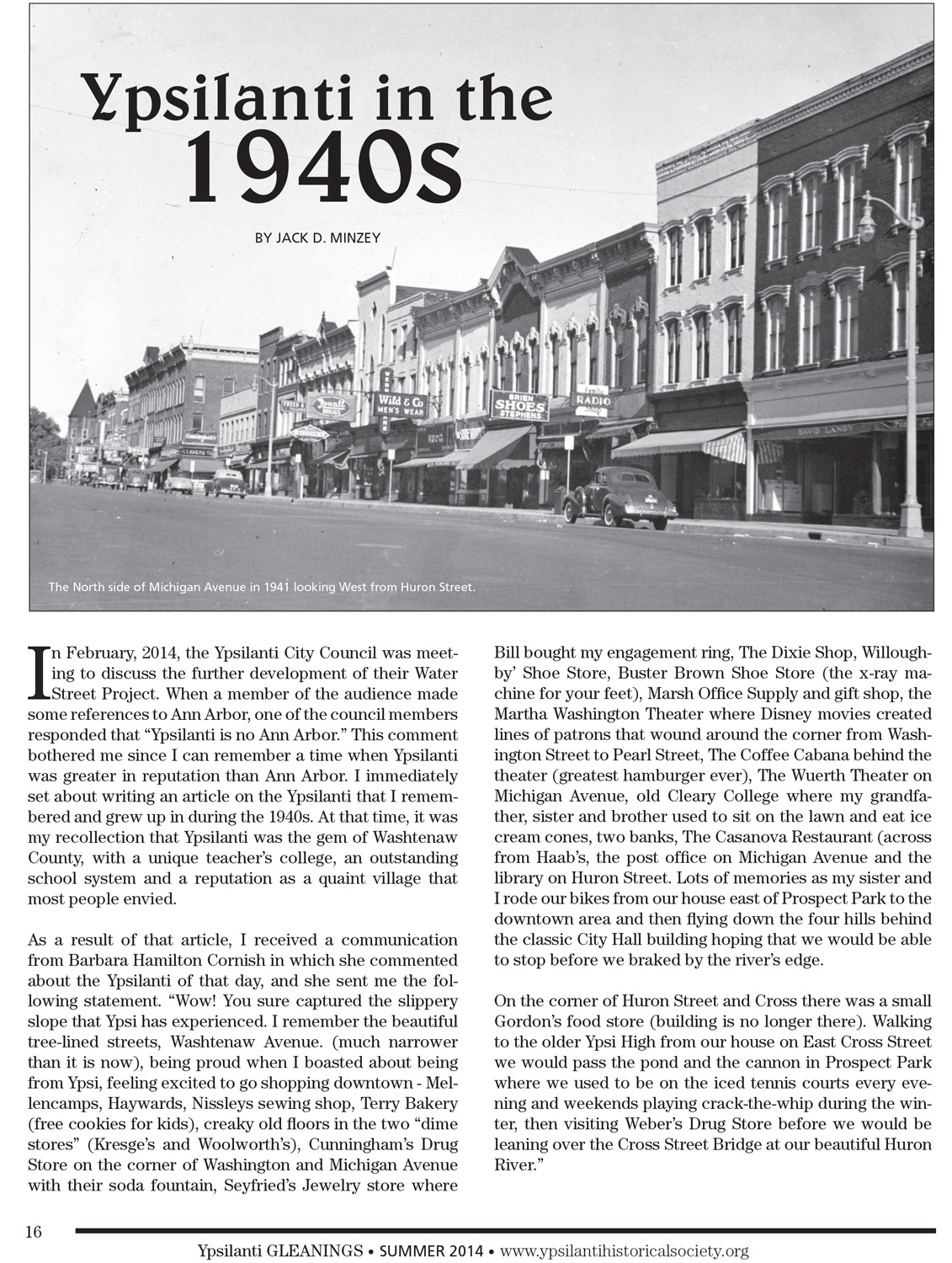 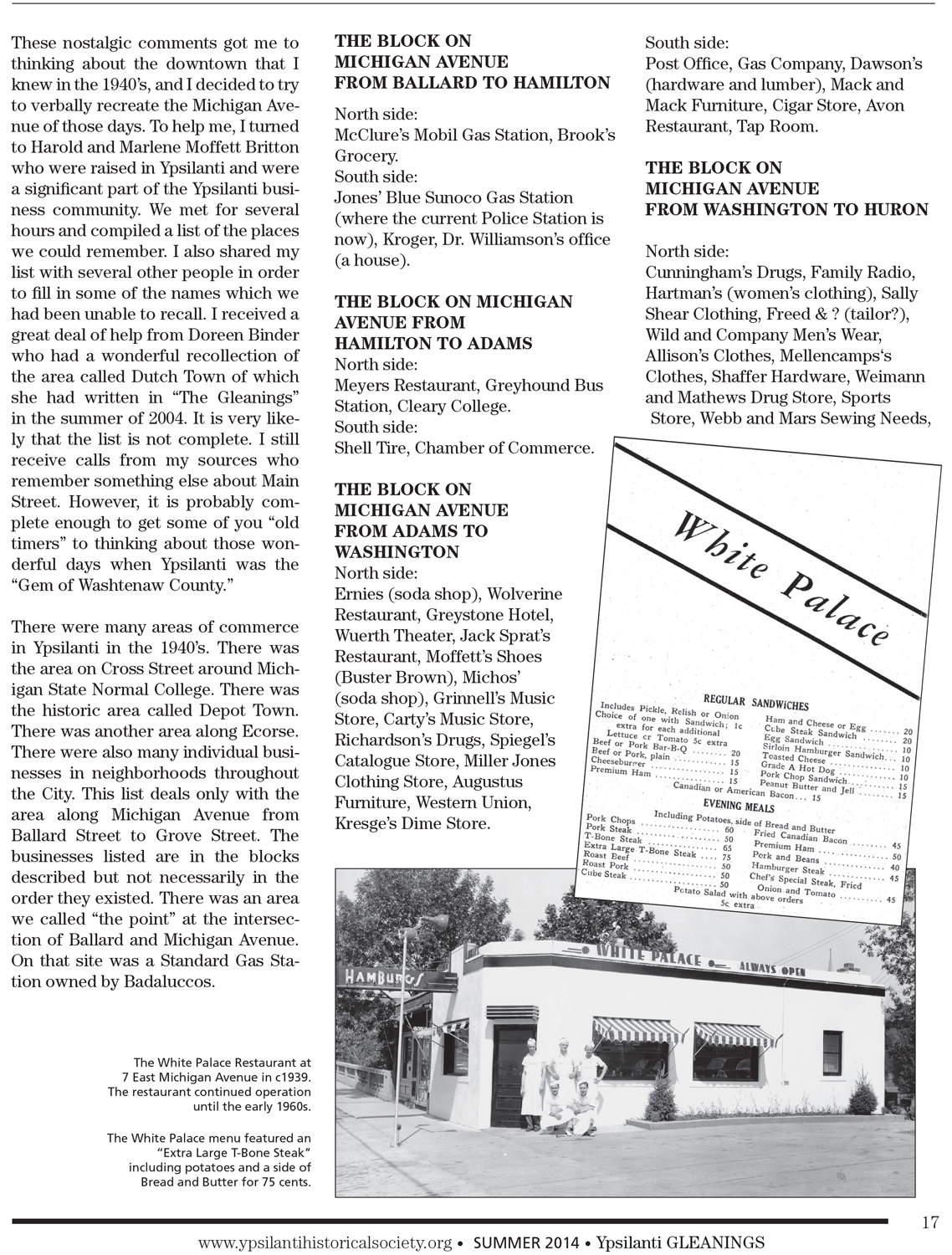 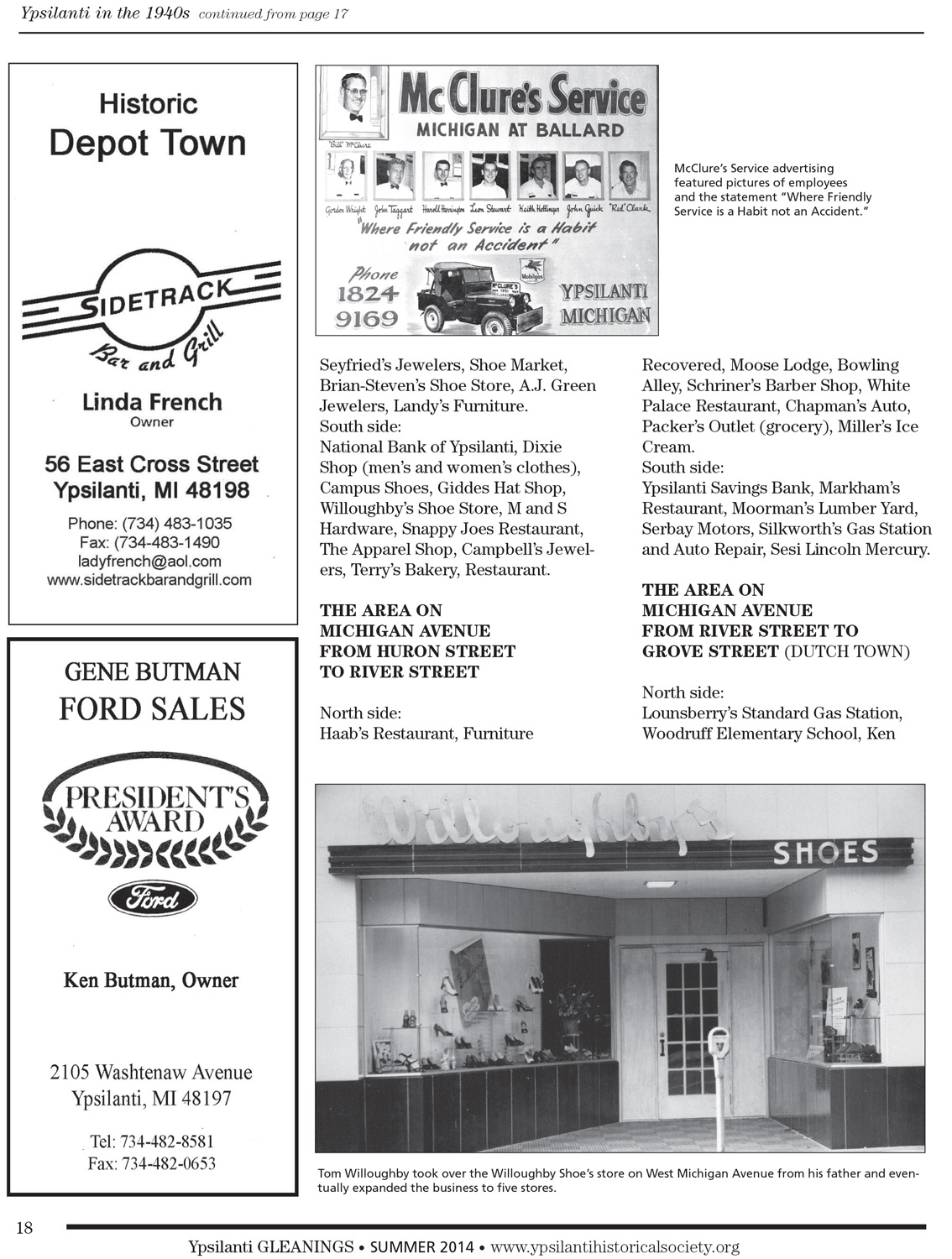 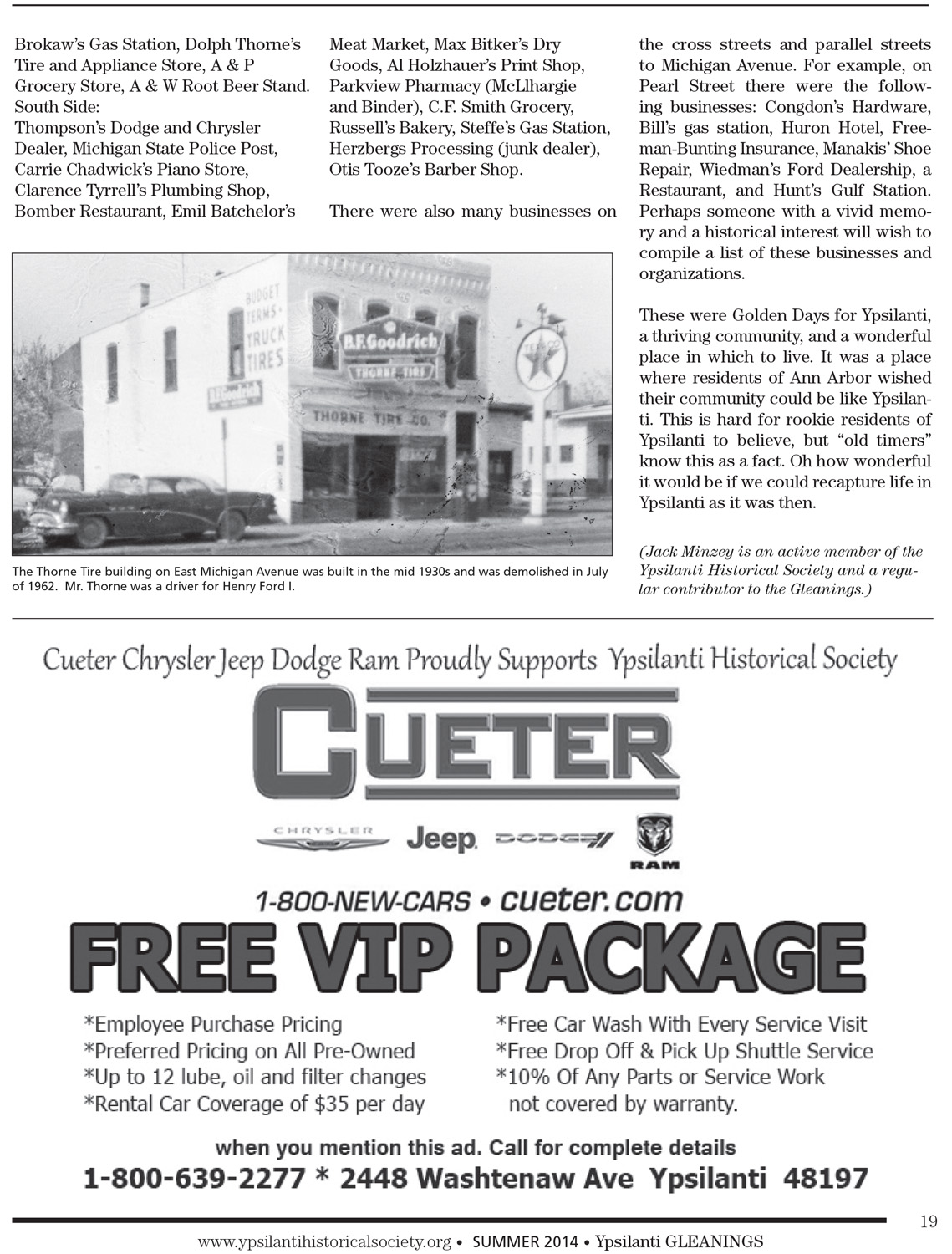 Photo Captions:
Photo 1: The North side of Michigan Avenue in 1941 looking West from Huron Street.

Photo 2: The White Palace Restaurant at 7 East Michigan Avenue in c1939. The restaurant continued operation until the early 1960s.

Photo 3: The White Palace menu featured an “Extra Large T-Bone Steak” including potatoes and a side of Bread and Butter for 75 cents.

Photo 4: McClure’s Service advertising featured pictures of employees and the statement “Where Friendly Service is a Habit not an Accident.”

Photo 5: The Thorne Tire building on East Michigan Avenue was built in the mid 1930s and was demolished in July of 1962. Mr. Thorne was a driver for Henry Ford I.

Photo 6: Tom Willoughby took over the Willoughby Shoe’s store on West Michigan Avenue from his father and eventually expanded the business to five stores.