The River Street Saga Continues: The Story of Edwin and Alice Follett Uhl 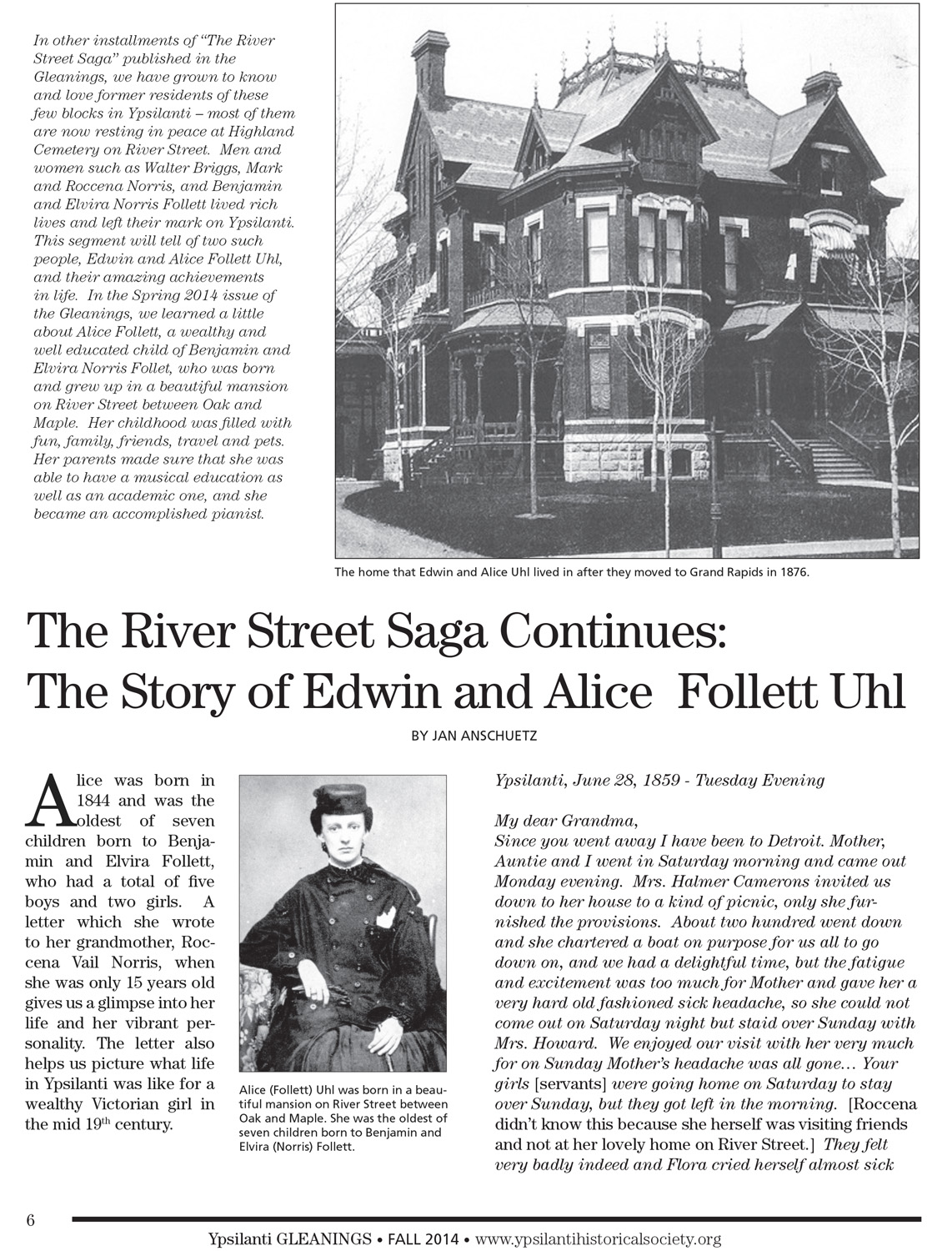 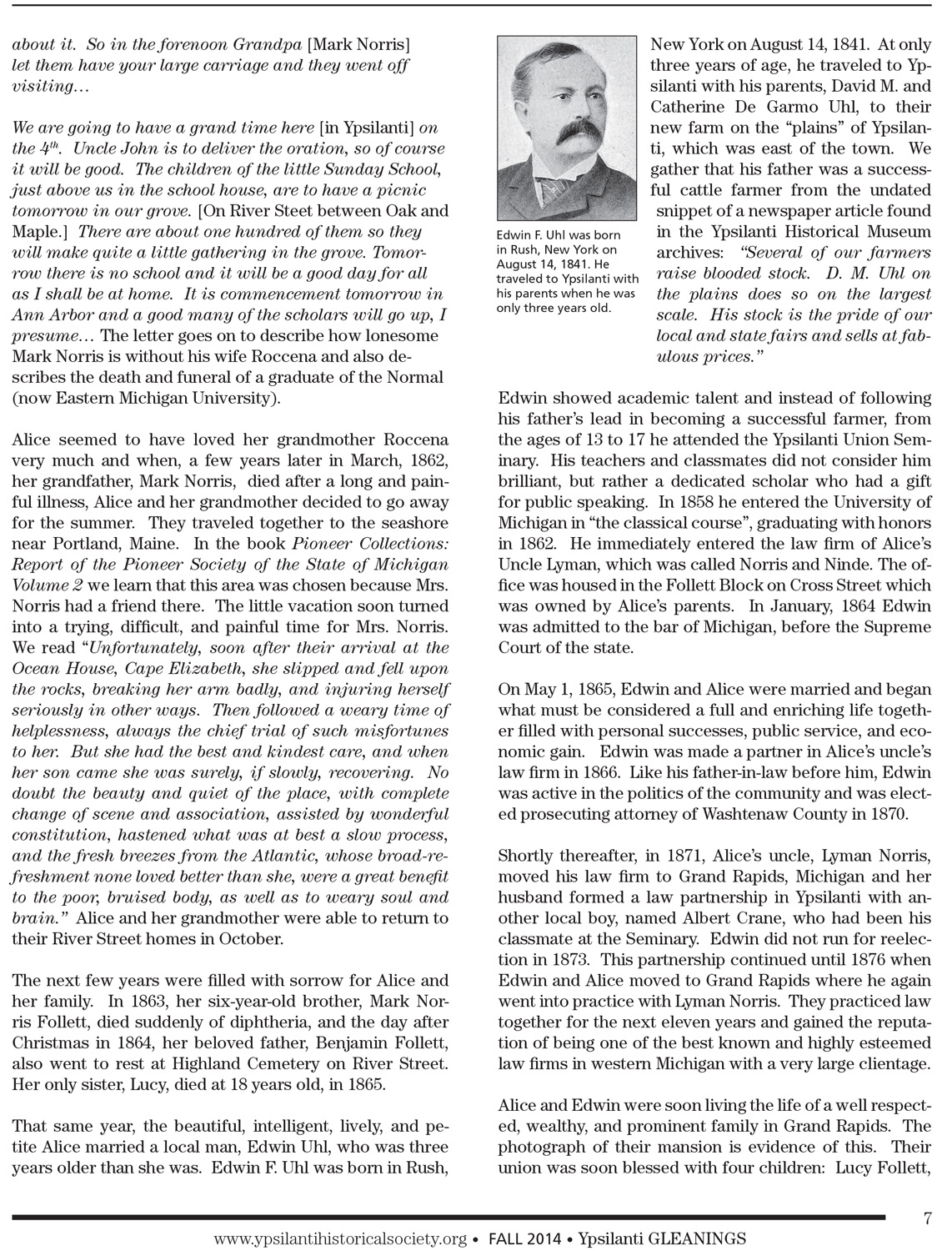 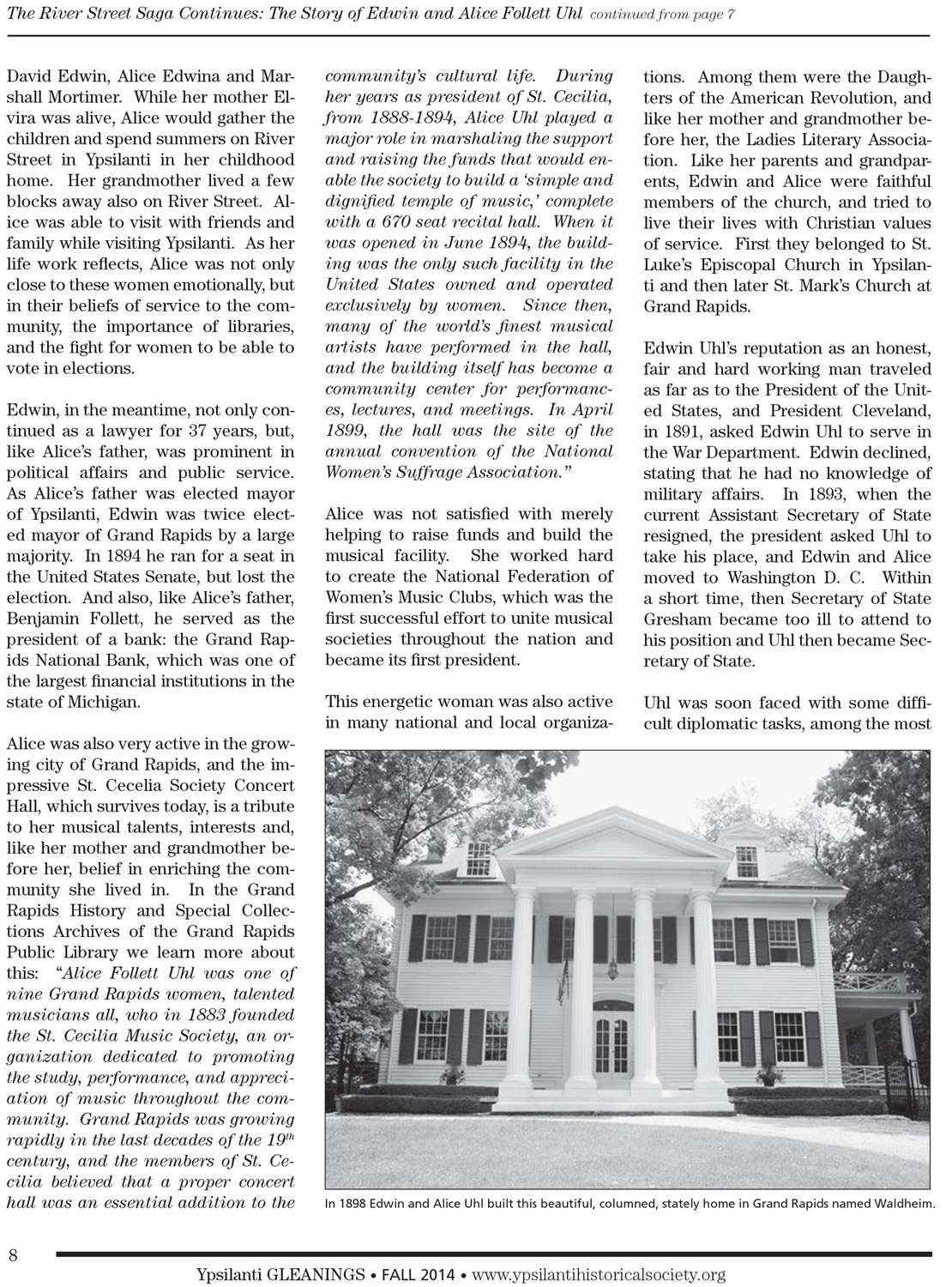 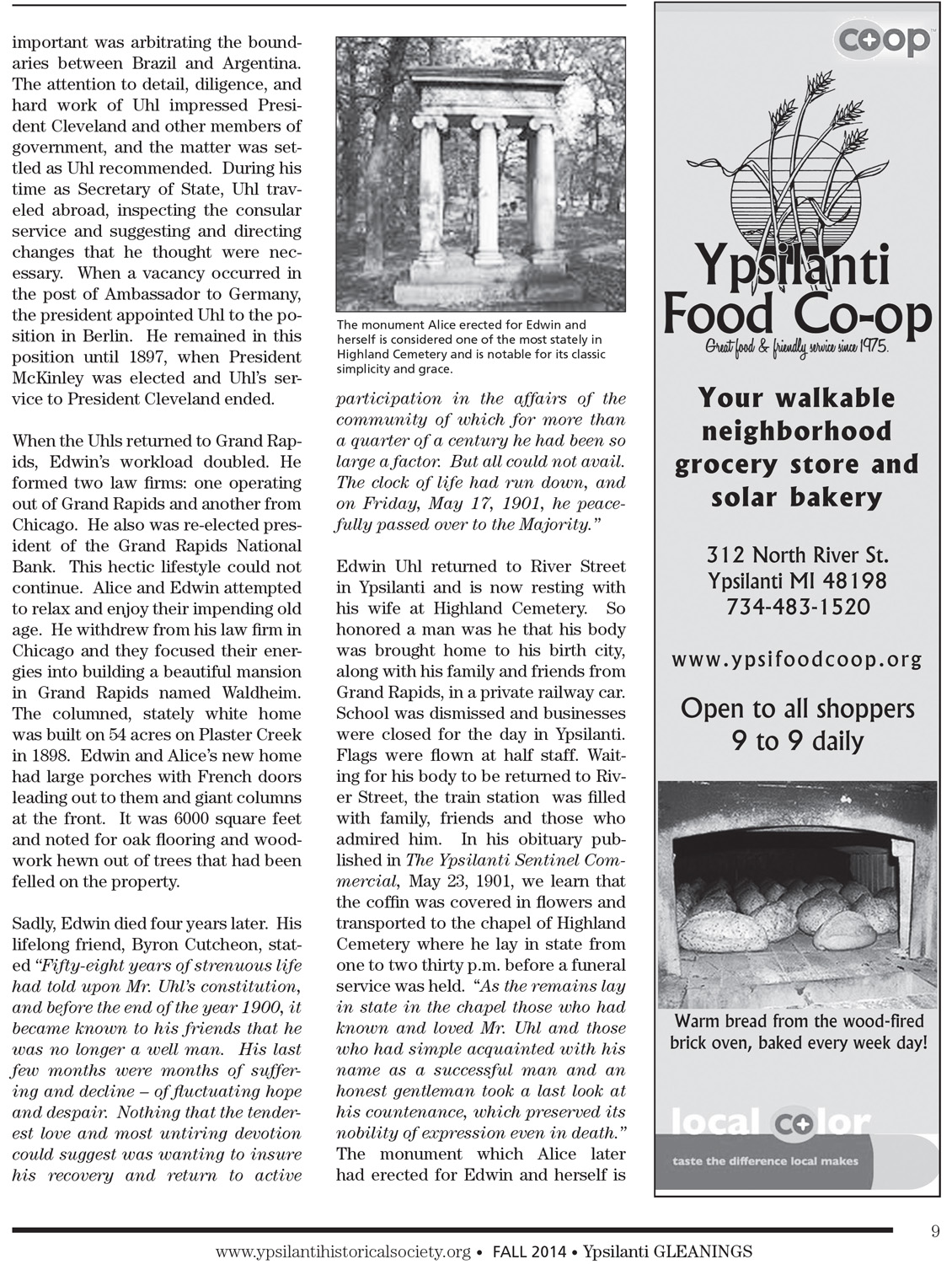 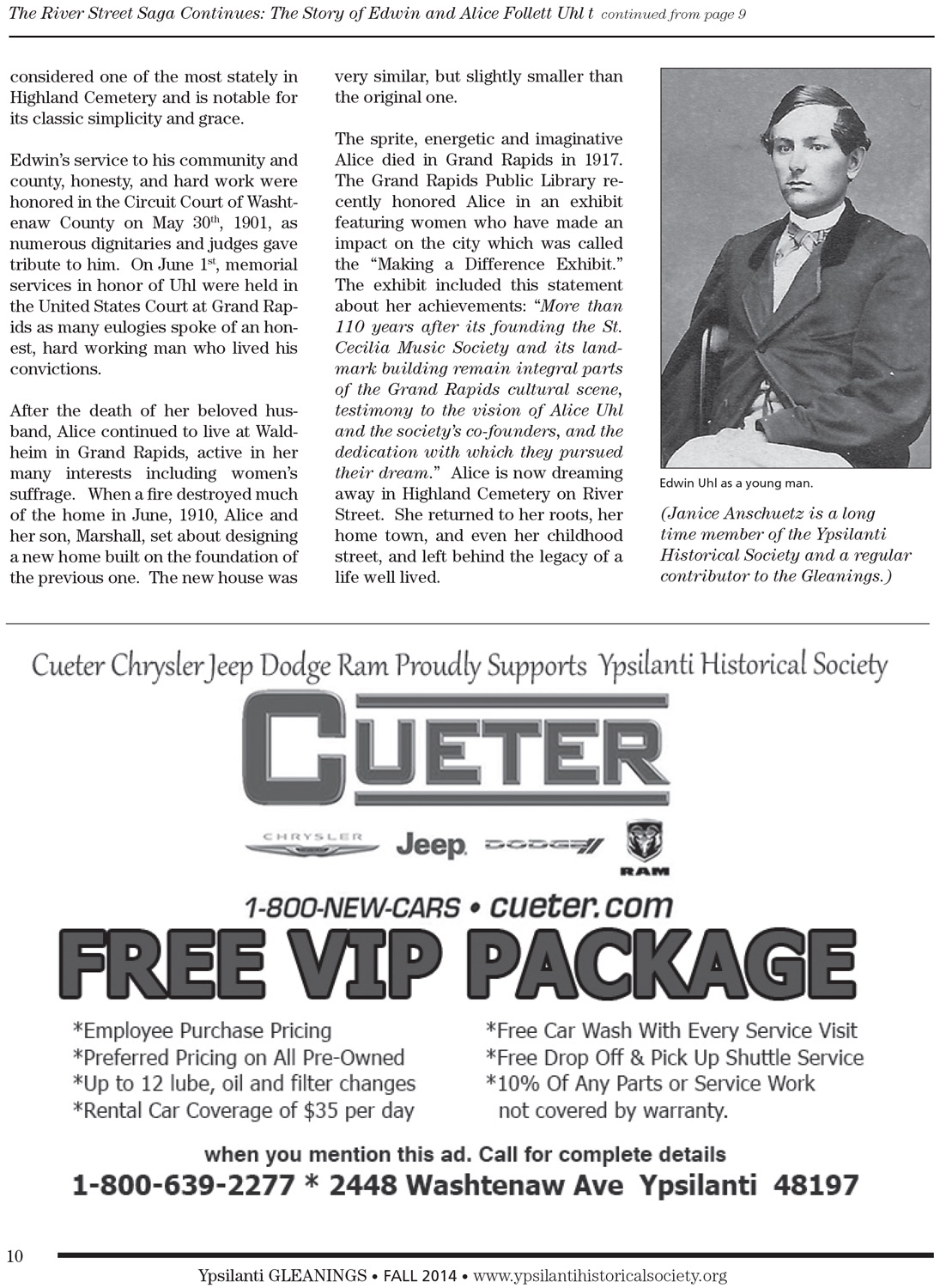 Photo Captions: Photo 1: Edwin F. Uhl was born in Rush, New York on August 14, 1841. He traveled to Ypsilanti with his parents when he was only three years old.

Photo 2: Alice (Follett) Uhl was born in a beautiful mansion on River Street between Oak and Maple. She was the oldest of seven children born to Benjamin and Elvira (Norris) Follett.

Photo 3: The home that Edwin and Alice Uhl lived in after they moved to Grand Rapids in 1876.

Photo 5: The monument Alice erected for Edwin and herself is considered one of the most stately in Highland Cemetery and is notable for its classic simplicity and grace.