The Force Behind the Yankee Air Museum 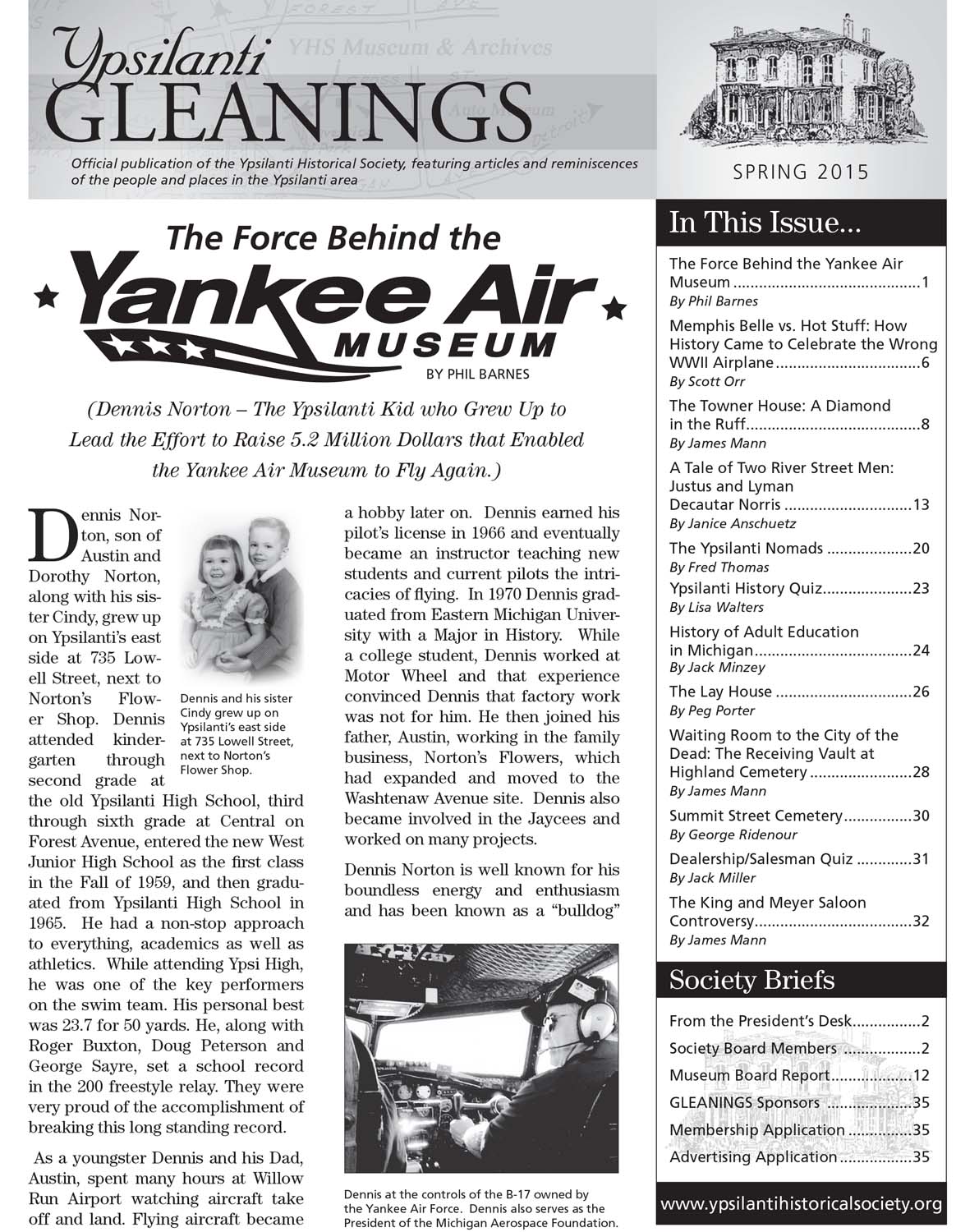 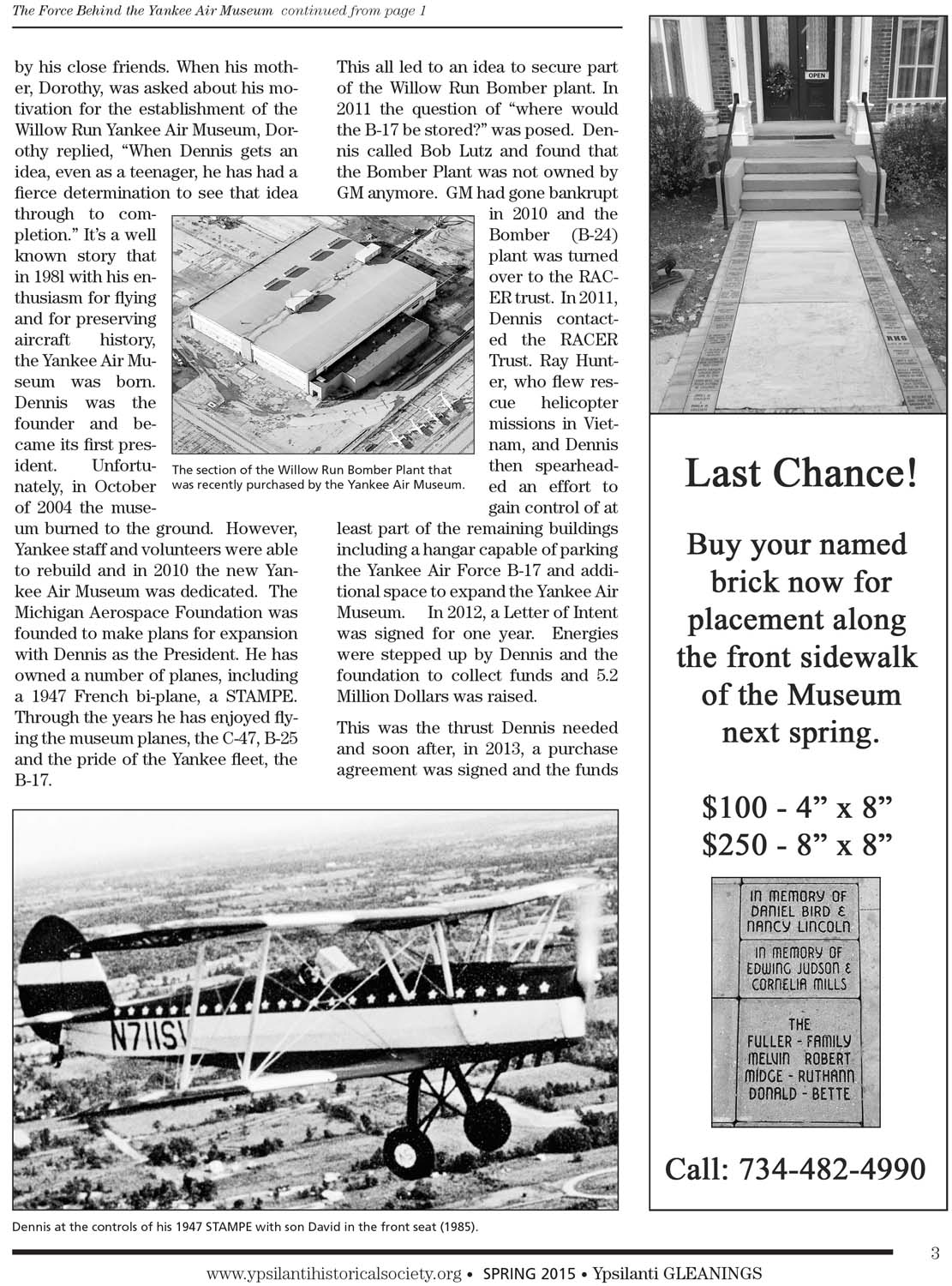 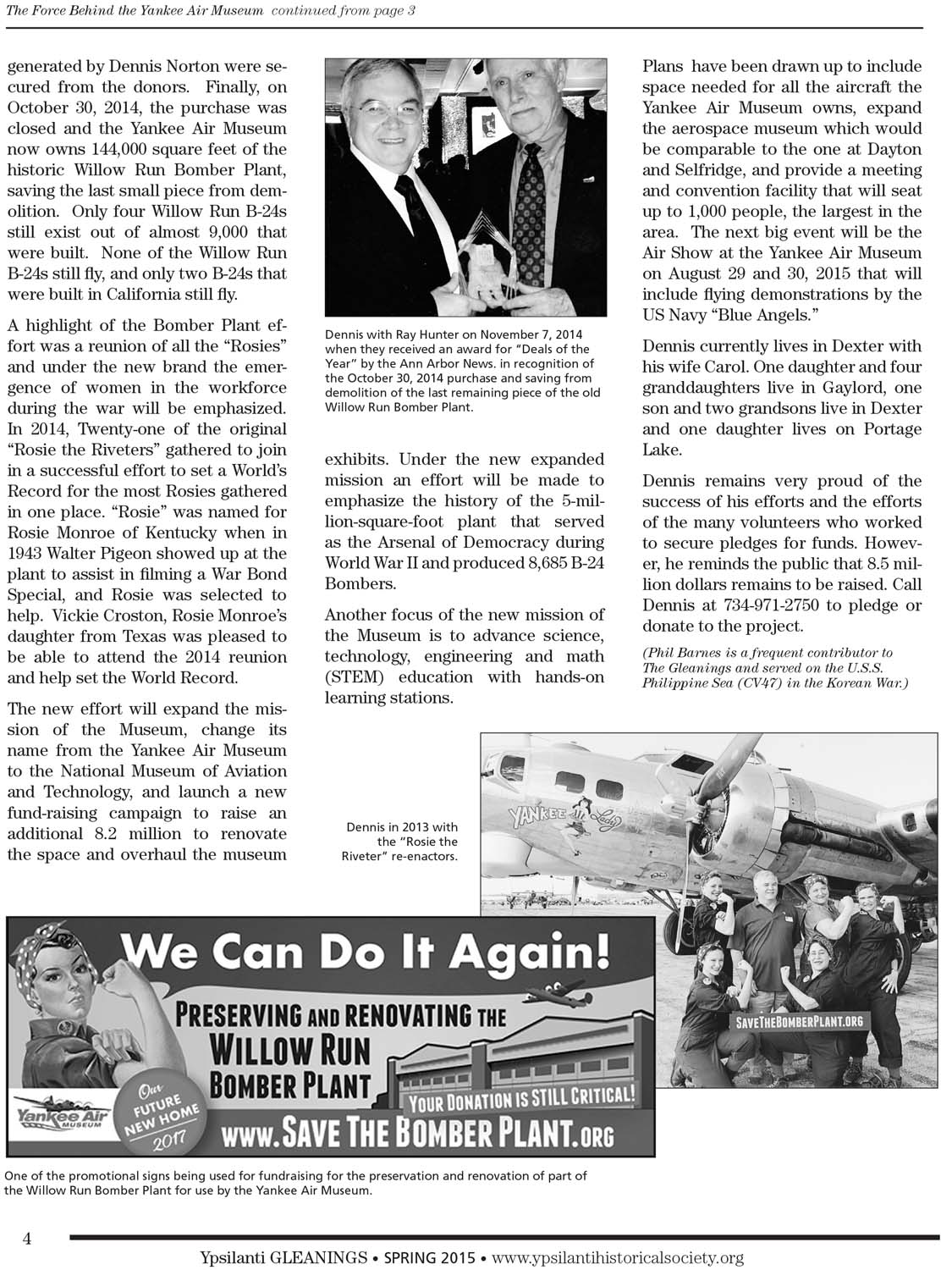 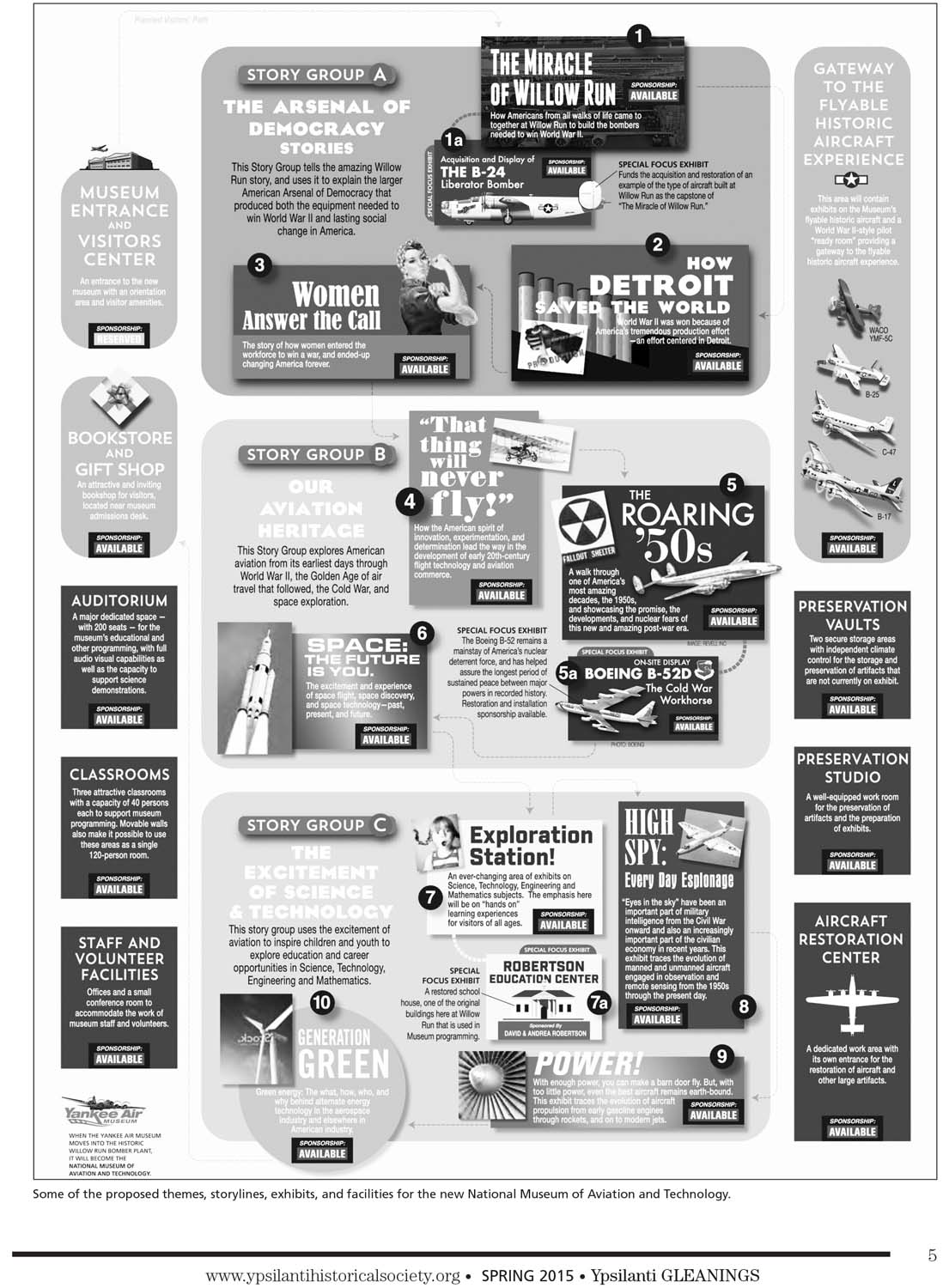 Photo Captions: Photo 1: Dennis and his sister Cindy grew up on Ypsilanti’s east side at 735 Lowell Street, next to Norton’s Flower Shop.

Photo 2: Dennis at the controls of the B-17 owned by the Yankee Air Force. Dennis also serves as the President of the Michigan Aerospace Foundation.

Photo 3: One of the promotional signs being used for fundraising for the preservation and renovation of part of the Willow Run Bomber Plant for use by the Yankee Air Museum.

Photo 5: Some of the proposed themes, storylines, exhibits, and facilities for the new National Museum of Aviation and Technology.

Photo 6: The section of the Willow Run Bomber Plant that was recently purchased by the Yankee Air Museum.

Photo 8: Dennis with Ray Hunter on November 7, 2014 when they received an award for “Deals of the Year” by the Ann Arbor News in recognition of the October 30, 2014 purchase and saving from demolition of the last remaining piece of the old Willow Run Bomber Plant.