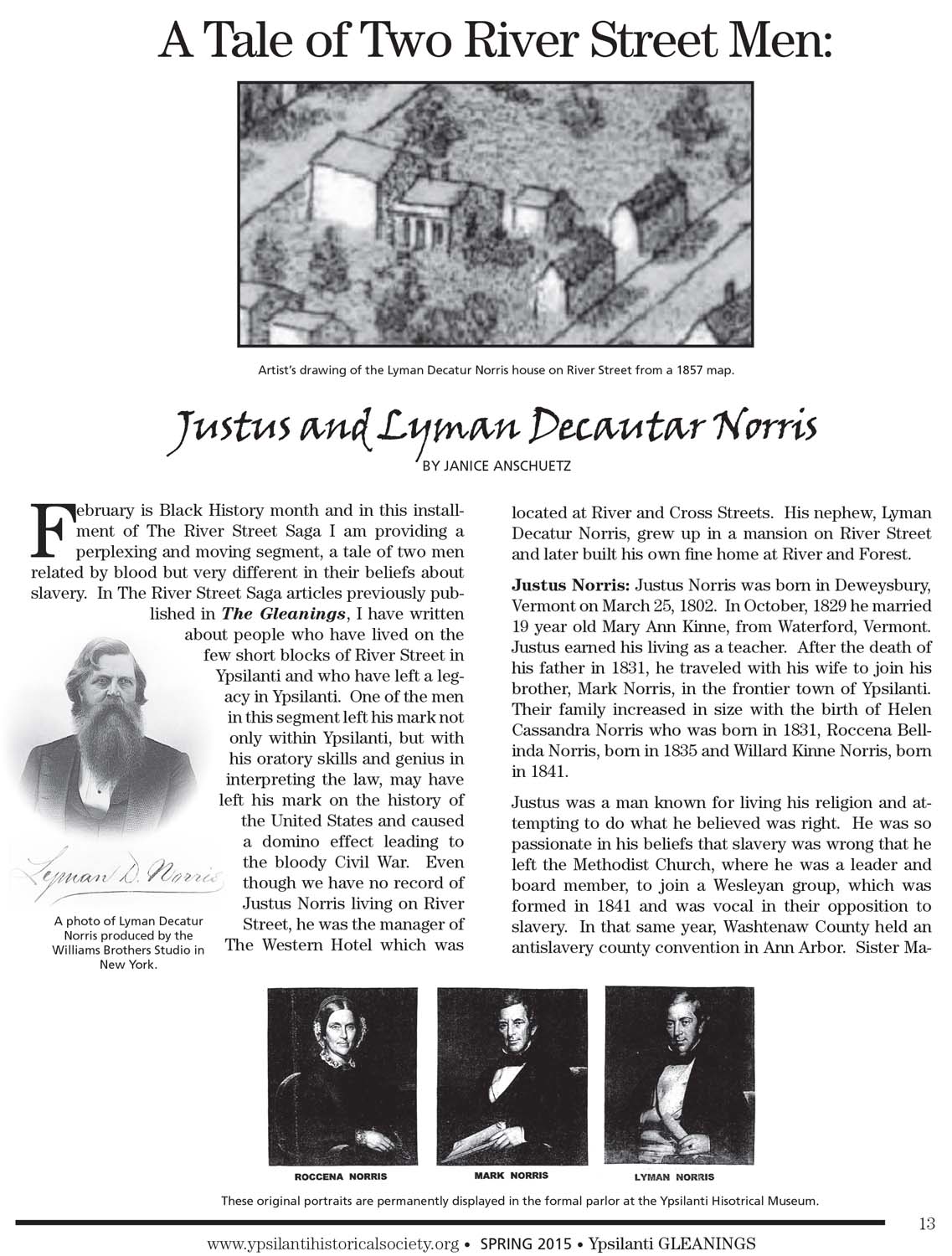 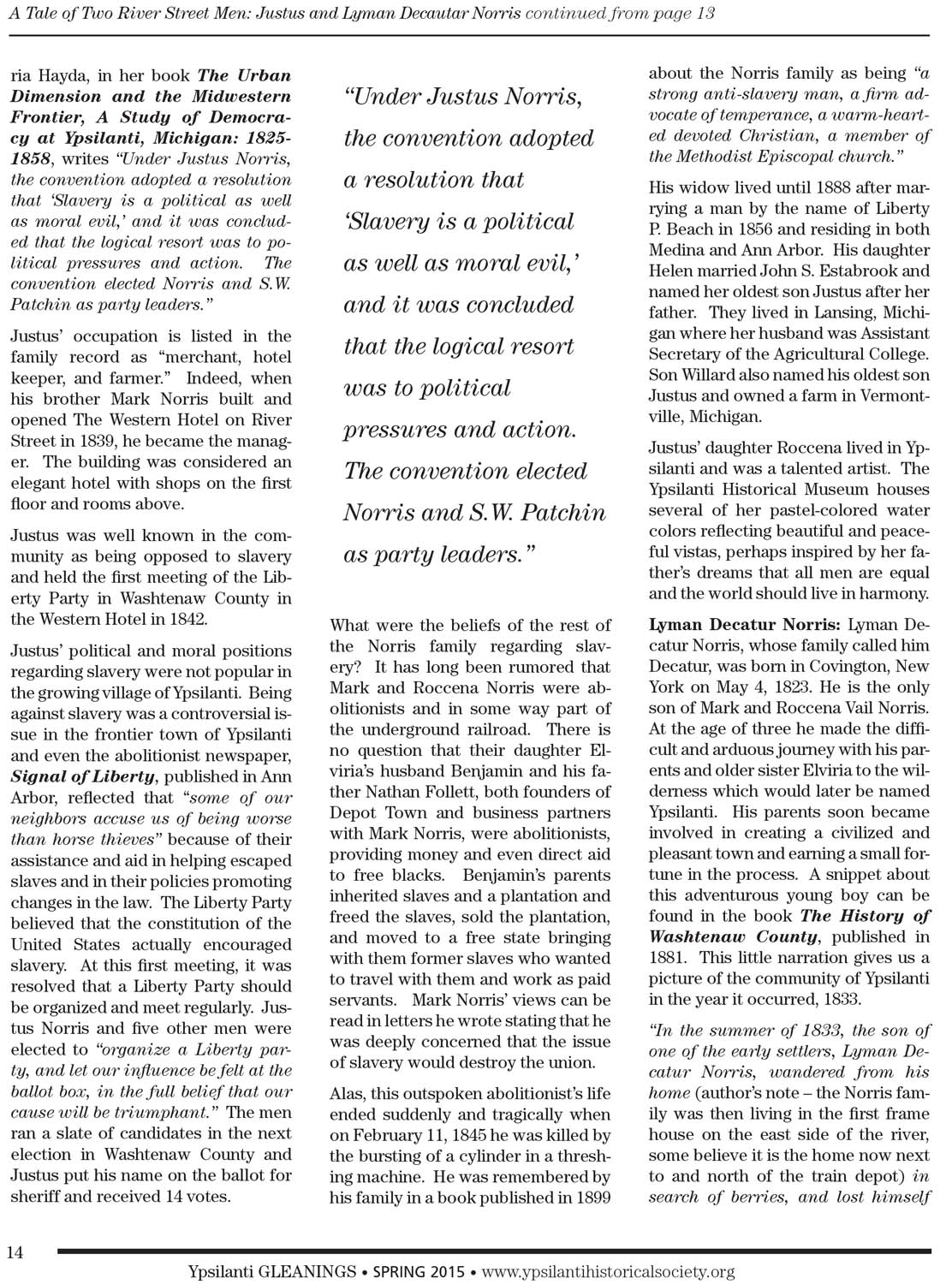 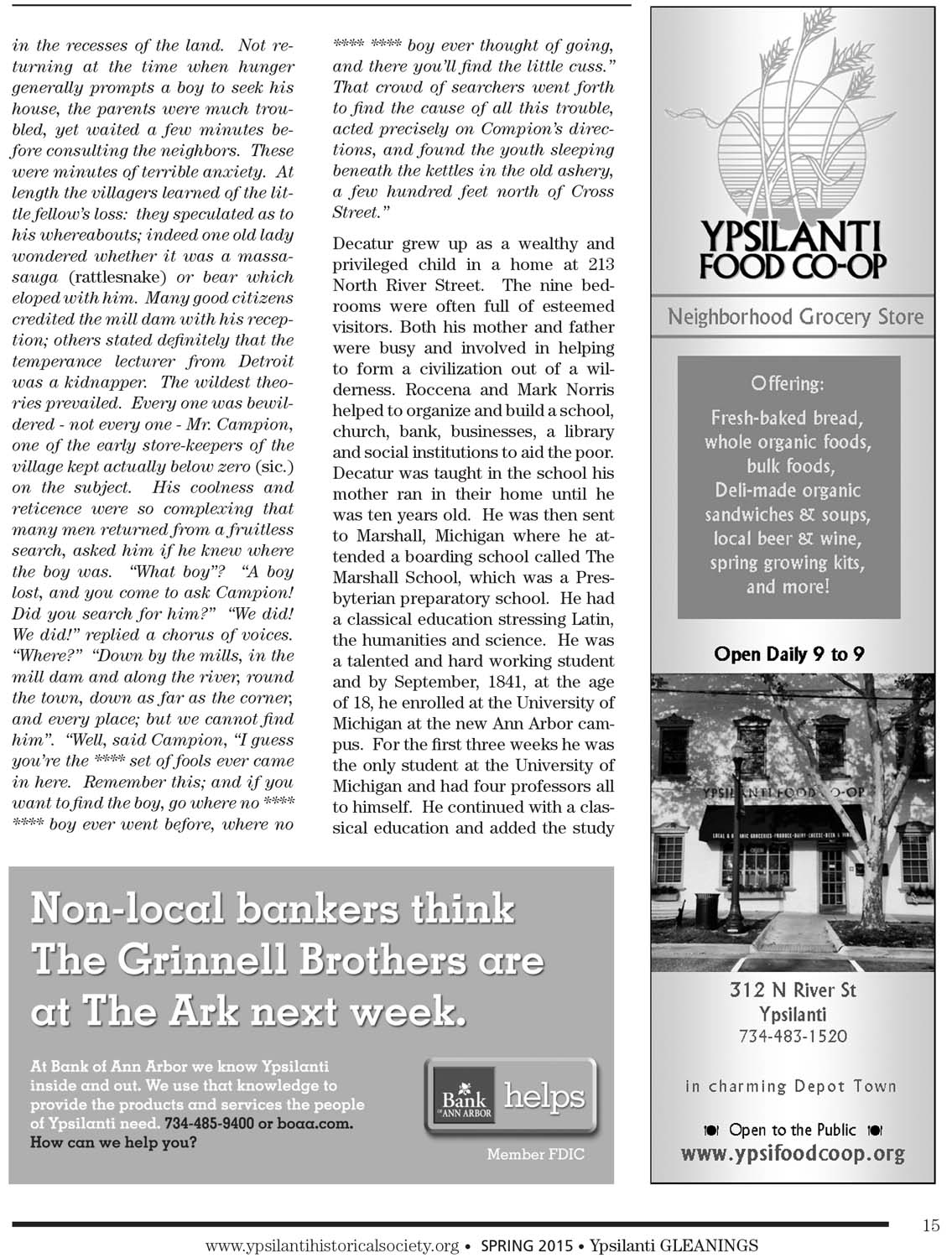 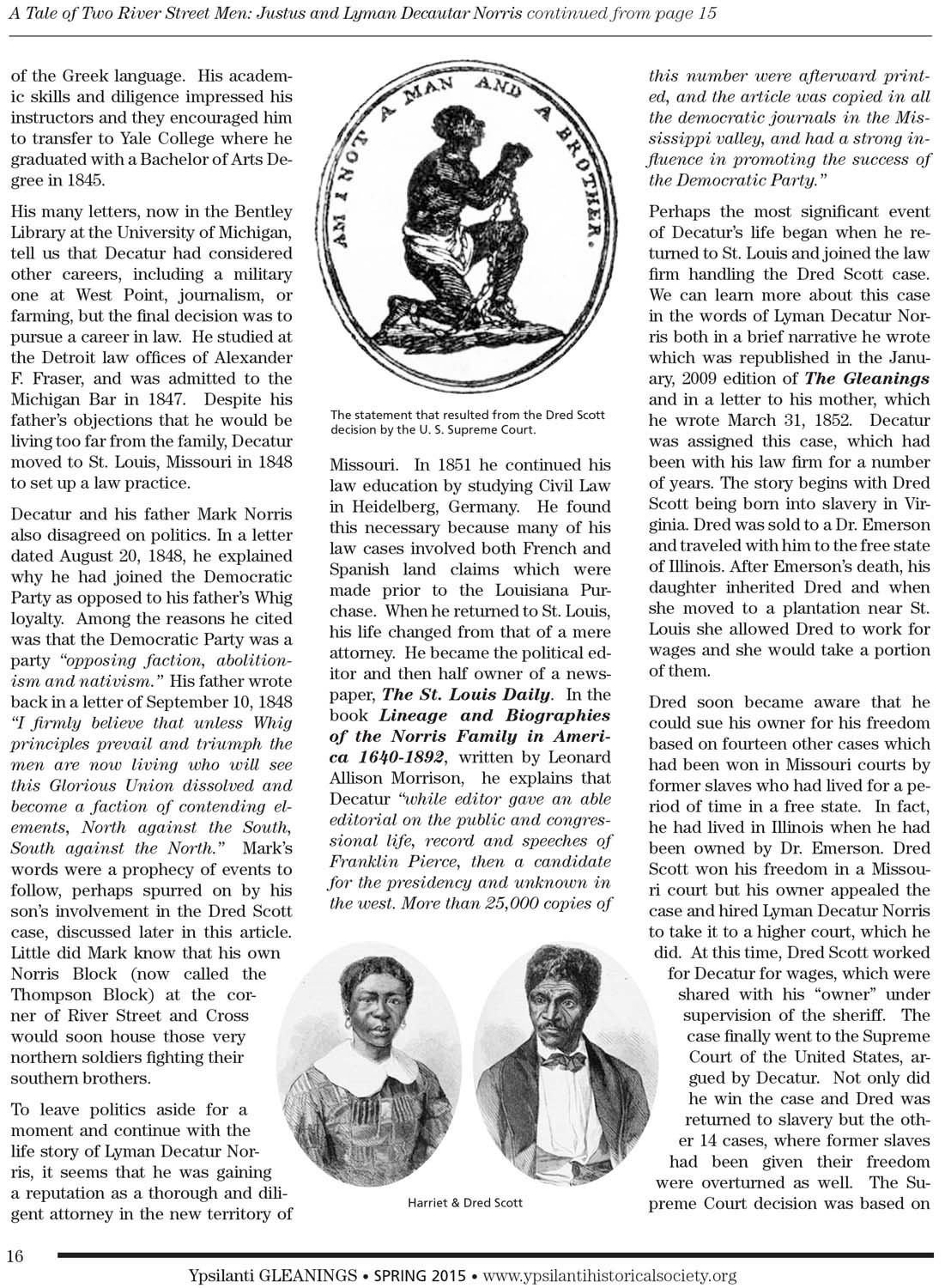 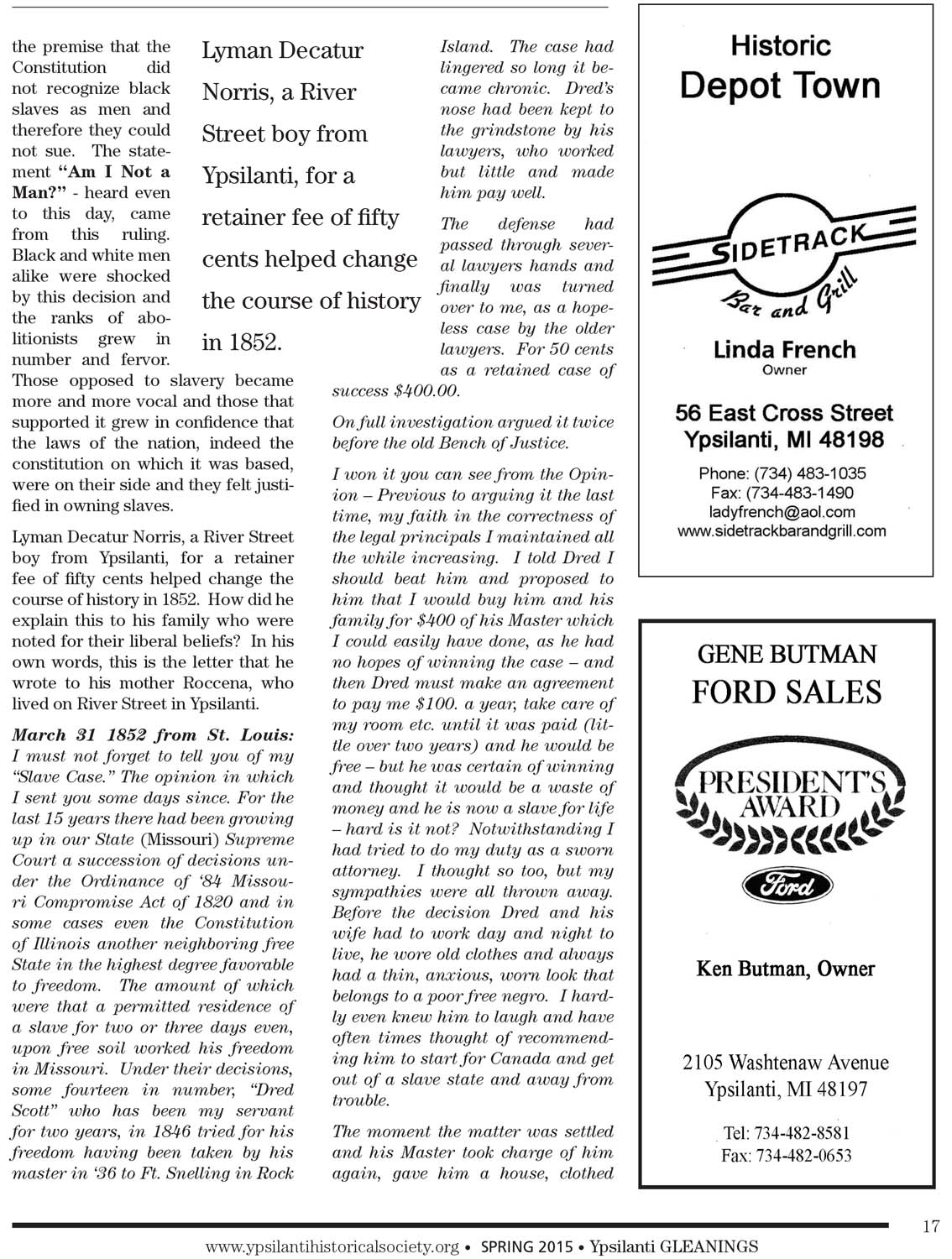 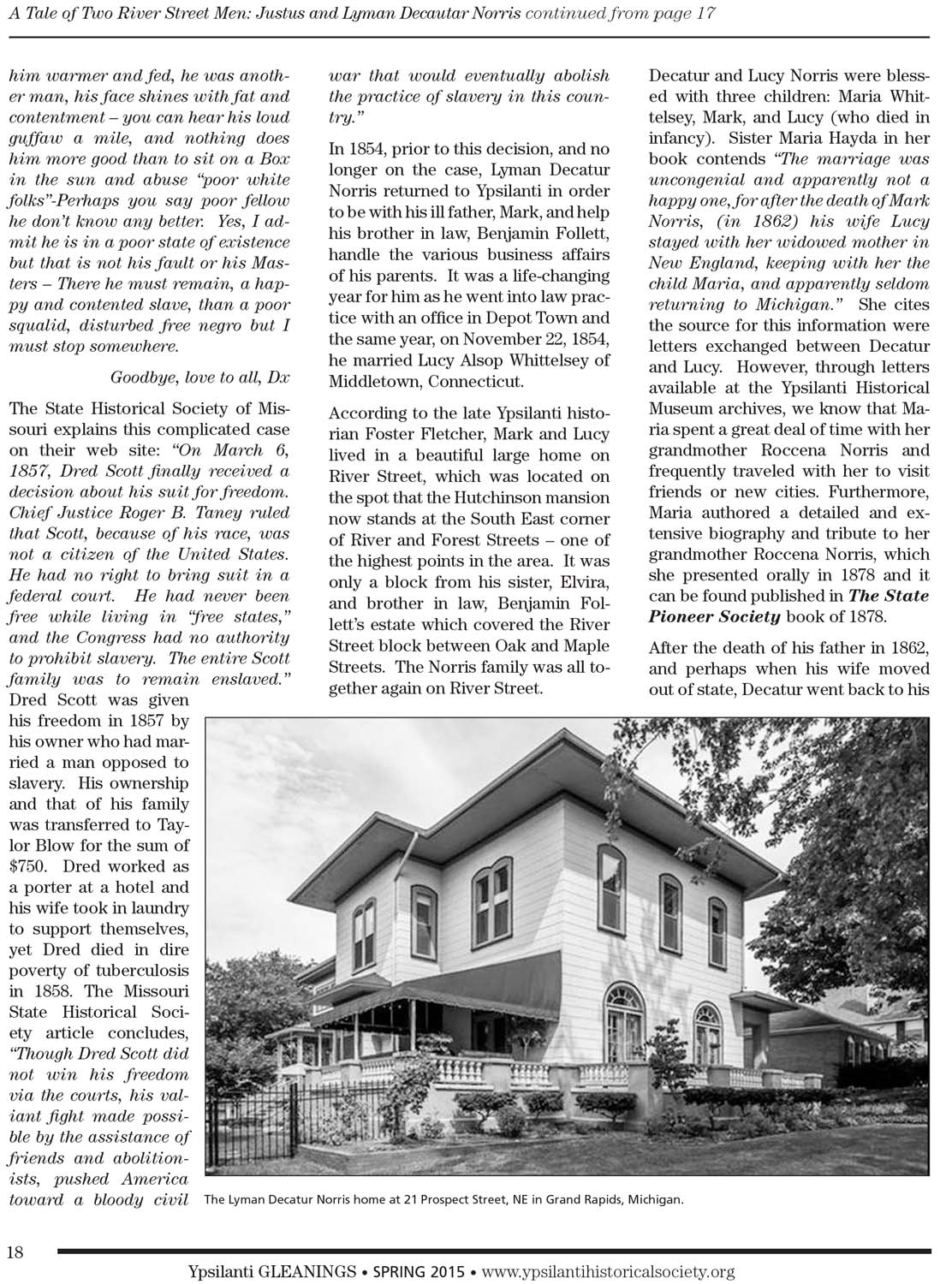 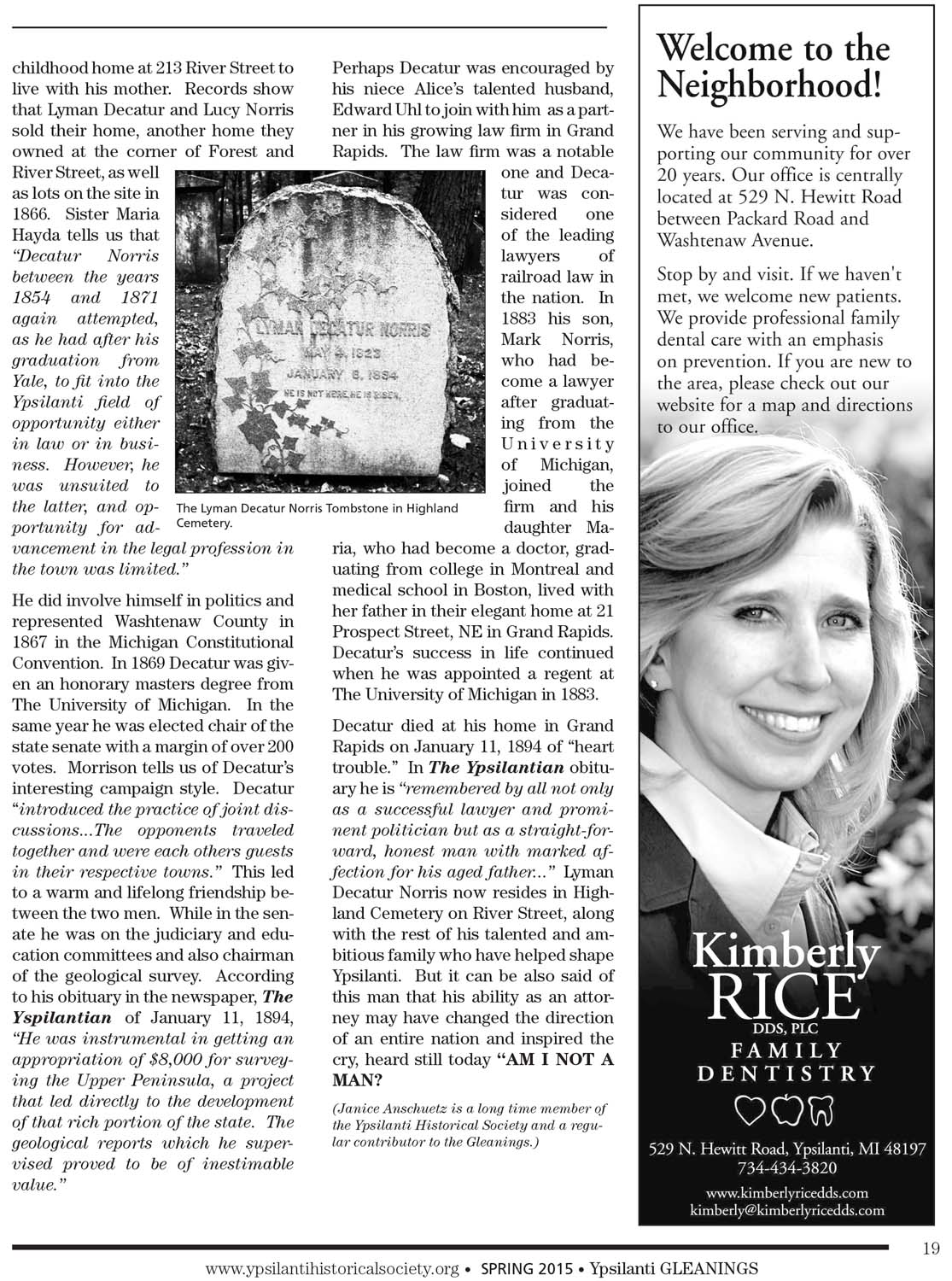 Photo 2: A photo of Lyman Decatur Norris produced by the Williams Brothers Studio in New York.

Photo 3: These original family portraits are permanently displayed in the formal parlor at the Ypsilanti Historical Museum.

Photo 4: The statement that resulted from the Dred Scott decision by the U. S. Supreme Court.