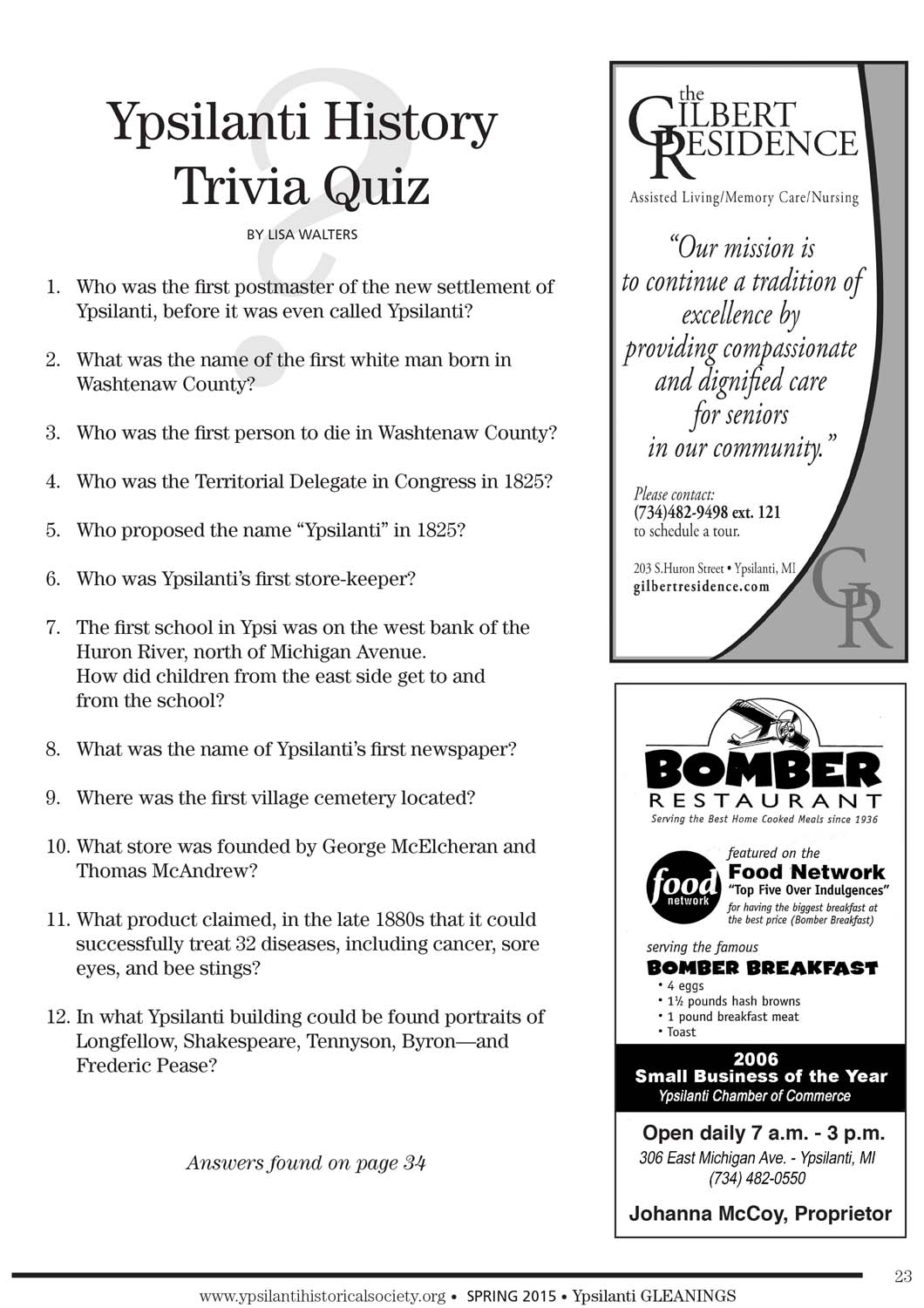 1. Who was the first postmaster of the new settlement of Ypsilanti, before it was even called Ypsilanti? 2. What was the name of the first white man born in Washtenaw County? 3. Who was the first person to die in Washtenaw County? 4. Who was the Territorial Delegate in Congress in 1825? 5. Who proposed the name "Ypsilanti" in 1825? 6. Who was Ypsilanti's first store-keeper? 7. The first school in Ypsi was on the west bank of the Huron River, north of Michigan Avenue. How did children from the east side get to and from the school? 8. What was the name of Ypsilanti's first newspaper? 9. Where was the first village cemetery located? 10. What store was founded by George McElcheran and Thomas McAndrew? 11. What product claimed, in the late 1880s that it could successfully treat 32 diseases, including cancer, sore eyes, and bee stings? 12. In what Ypsilanti building could be found portraits of Longfellow, Shakespeare, Tennyson, Byron - and Frederic Pease? Answers found on page 34