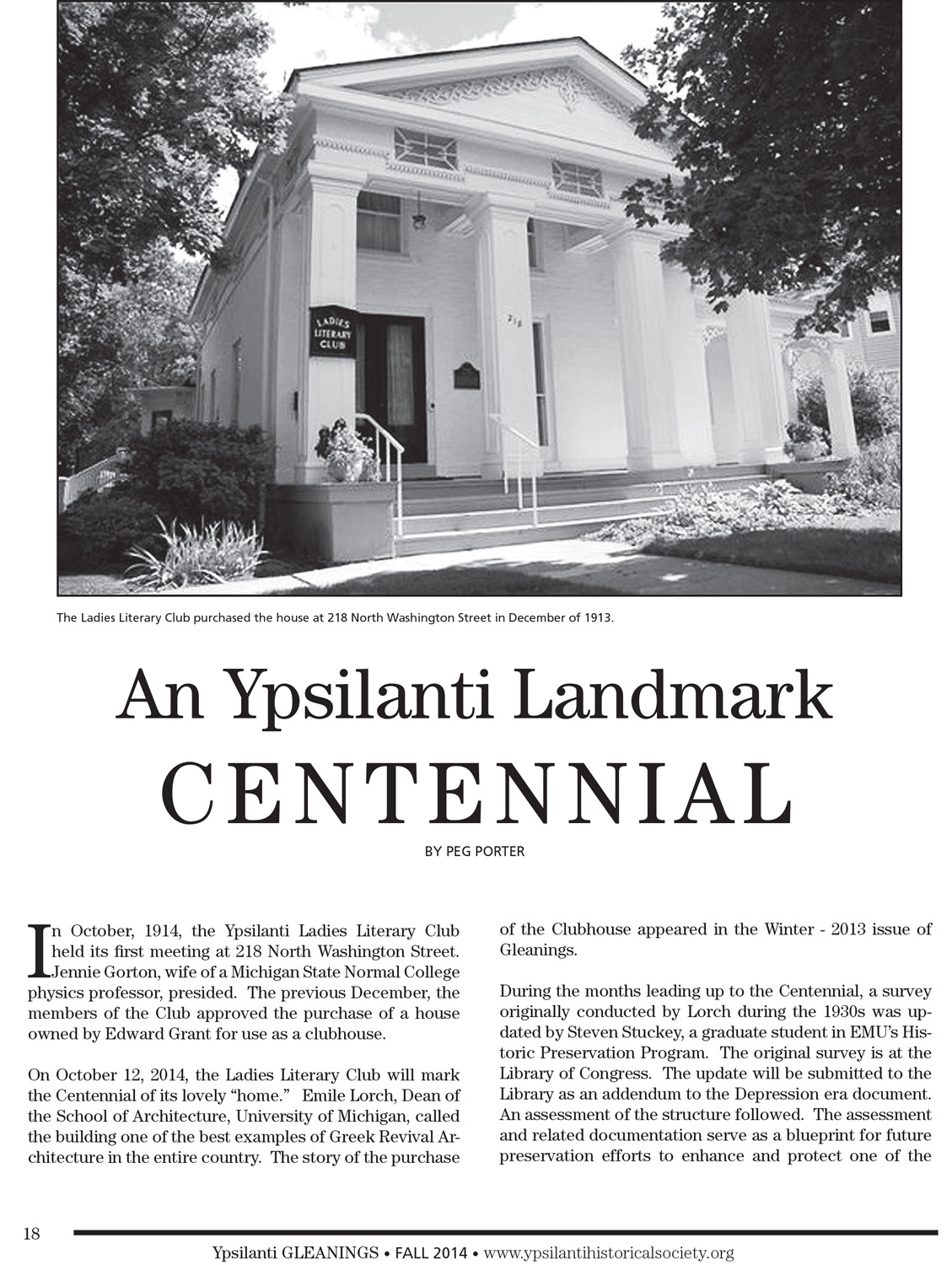 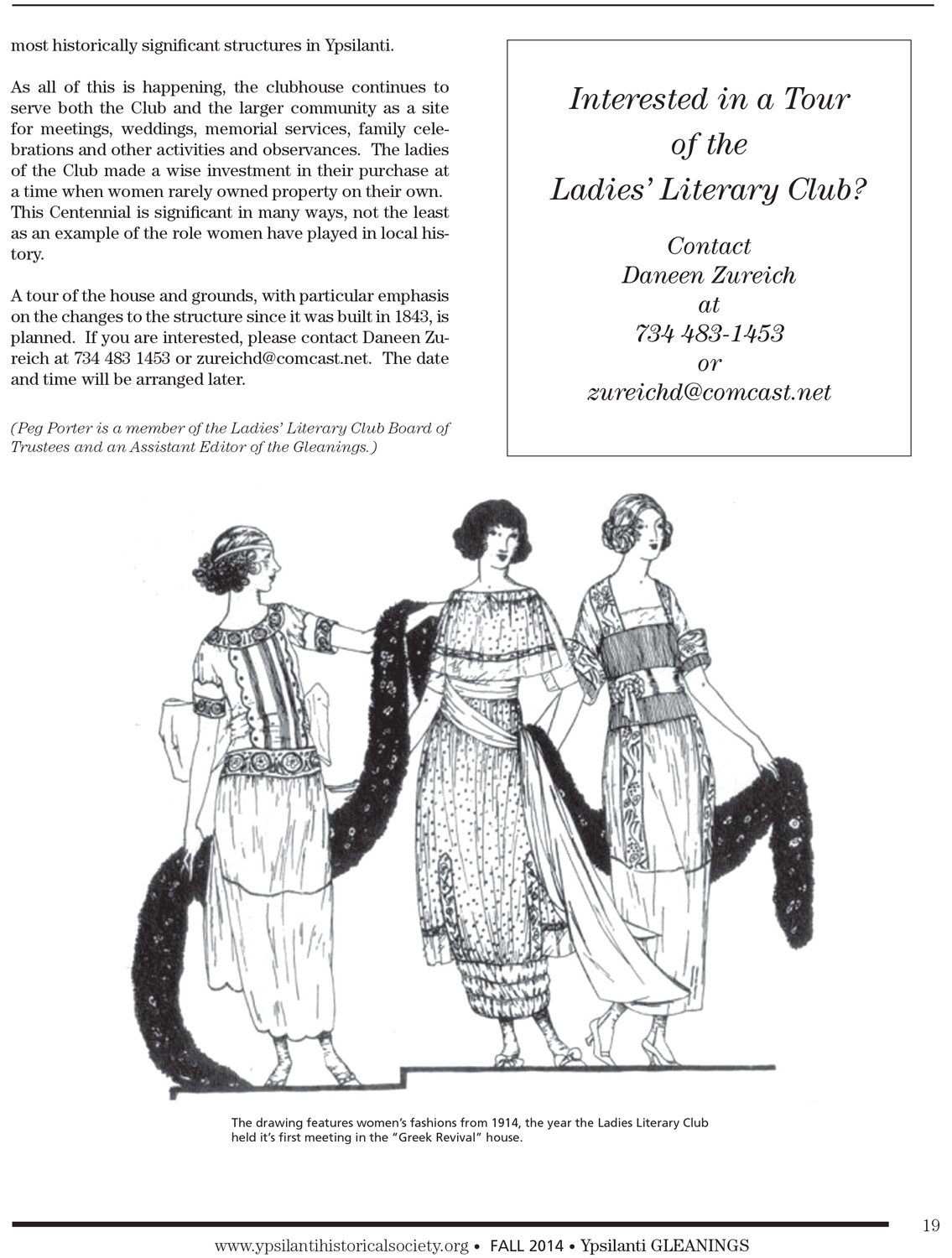 In October, 1914, the Ypsilanti Ladies Literary Club held its first meeting at 218 North Washington Street. Jennie Gorton, wife of a Michigan State Normal College physics professor, presided. The previous December, the members of the Club approved the purchase of a house owned by Edward Grant for use as a clubhouse.

On October 12, 2014, the Ladies Literary Club will mark the Centennial of its lovely "home." Emile Lorch, Dean of the School of Architecture, University of Michigan, called the building one of the best examples of Greek Revival Architecture in the entire country. The story of the purchase of the Clubhouse appeared in the Winter - 2013 issue of Gleanings.

During the months leading up to the Centennial, a survey originally conducted by Lorch during the 1930s was updated by Steven Stuckey, a graduate student in EMU's Historic Preservation Program. The original survey is at the Library of Congress. The update will be submitted to the Library as an addendum to the Depression era document. An assessment of the structure followed. The assessment and related documentation serve as a blueprint for future preservation efforts to enhance and protect one of the most historically significant structures in Ypsilanti.

As all of this is happening, the clubhouse continues to serve both the Club and the larger community as a site for meetings, weddings, memorial services, family celebrations and other activities and observances. The ladies of the Club made a wise investment in their purchase at a time when women rarely owned property on their own. This Centennial is significant in many ways, not the least as an example of the role women have played in local history.

A tour of the house and grounds, with particular emphasis on the changes to the structure since it was built in 1843, is planned. If you are interested, please contact Daneen Zureich at 734 483 1453 or zureichd@comcast.net. The date and time will be arranged later.

(Peg Porter is a member of the Ladies’ Literary Club Board of Trustees and an Assistant Editor of the Gleanings.)

Photo 1: The Ladies Literary Club purchased the house at 218 North Washington Street in December of 1913.