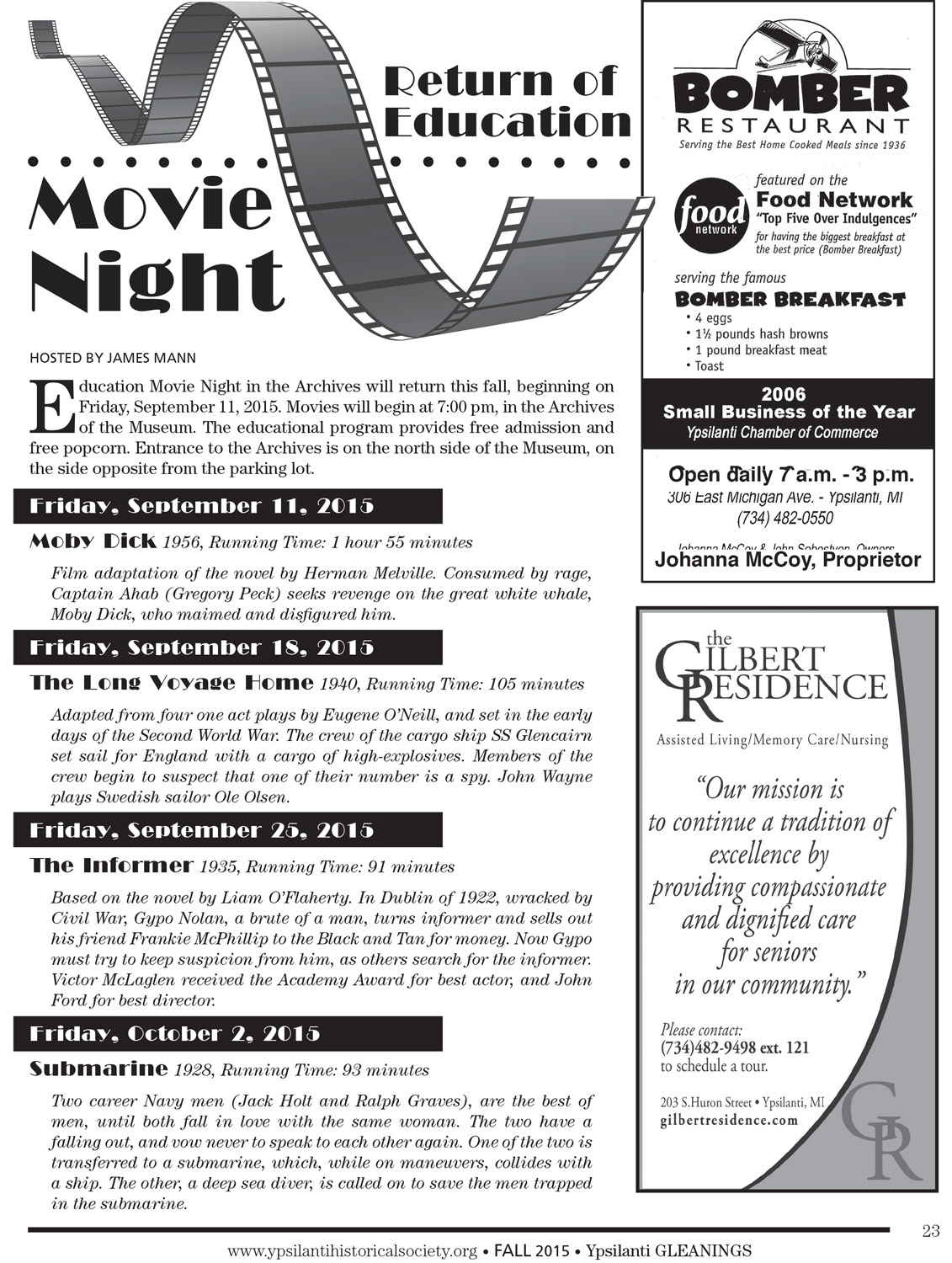 Education Movie Night in the Archives will return this fall, beginning on Friday, September 11, 2015. Movies will begin at 7:00 pm, in the Archives of the Museum. The educational program provides free admission and free popcorn. Entrance to the Archives is on the north side of the Museum, on the side opposite from the parking lot.

Friday, September 18, 2015
The Long Voyage Home 1940, Running Time: 105 minutes
Adapted from four one act plays by Eugene O'Neill, and set in the early days of the Second World War. The crew of the cargo ship SS Glencairn set sail for England with a cargo of high-explosives. Members of the crew begin to suspect that one of their number is a spy. John Wayne plays Swedish sailor Ole Olsen.

Friday, September 25, 2015
The Informer 1935, Running Time: 91 minutes
Based on the novel by Liam O'Flaherty. In Dublin of 1922, wracked by Civil War, Gypo Nolan, a brute of a man, turns informer and sells out his friend Frankie McPhillip to the Black and Tan for money. Now Gypo must try to keep suspicion from him, as others search for the informer. Victor McLaglen received the Academy Award for best actor, and John Ford for best director.

Friday, October 2, 2015
Submarine 1928, Running Time: 93 minutes
Two career Navy men (Jack Holt and Ralph Graves), are the best of men, until both fall in love with the same woman. The two have a falling out, and vow never to speak to each other again. One of the two is transferred to a submarine, which, while on maneuvers, collides with a ship. The other, a deep sea diver, is called on to save the men trapped in the submarine.