The Article I Never Wanted to Write 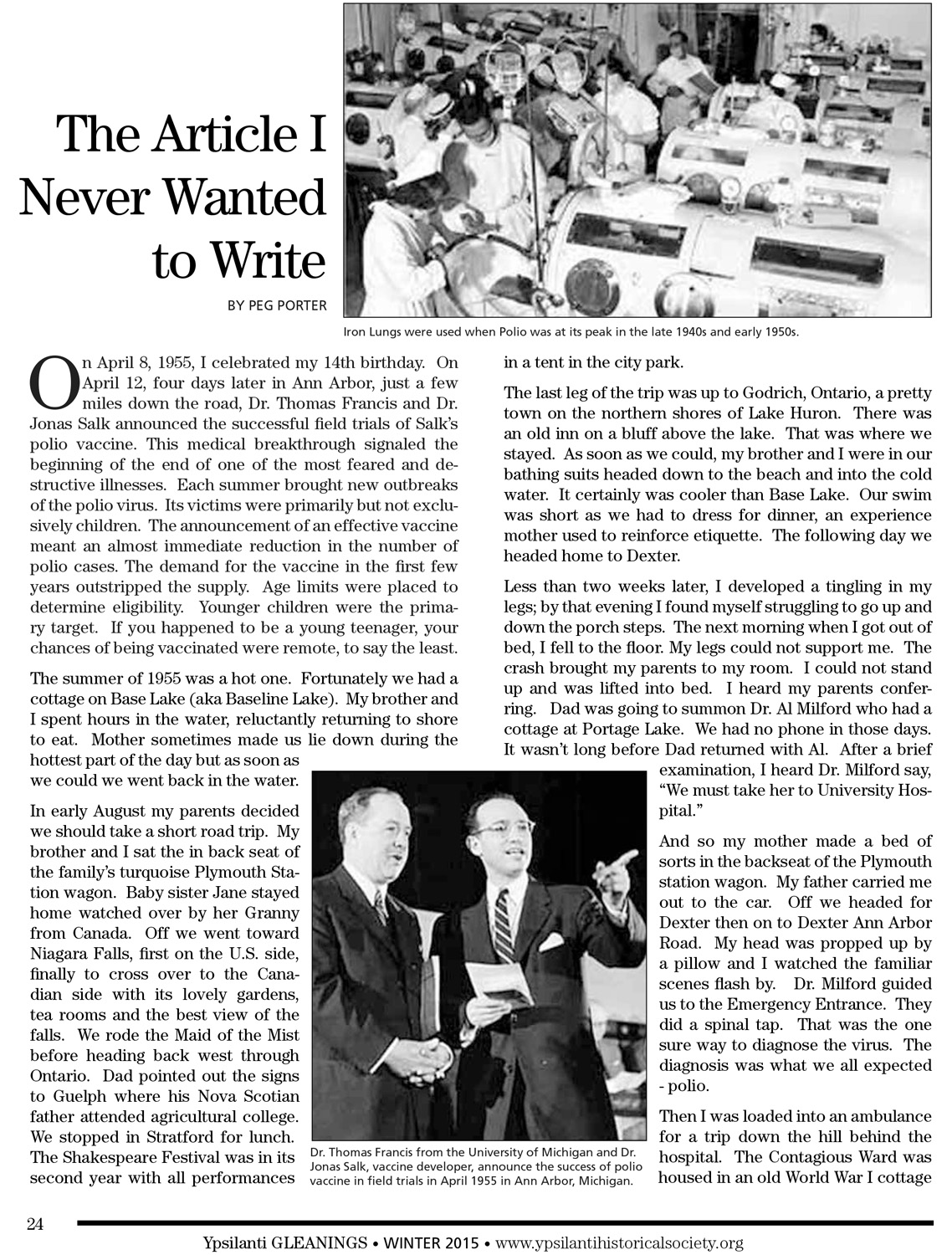 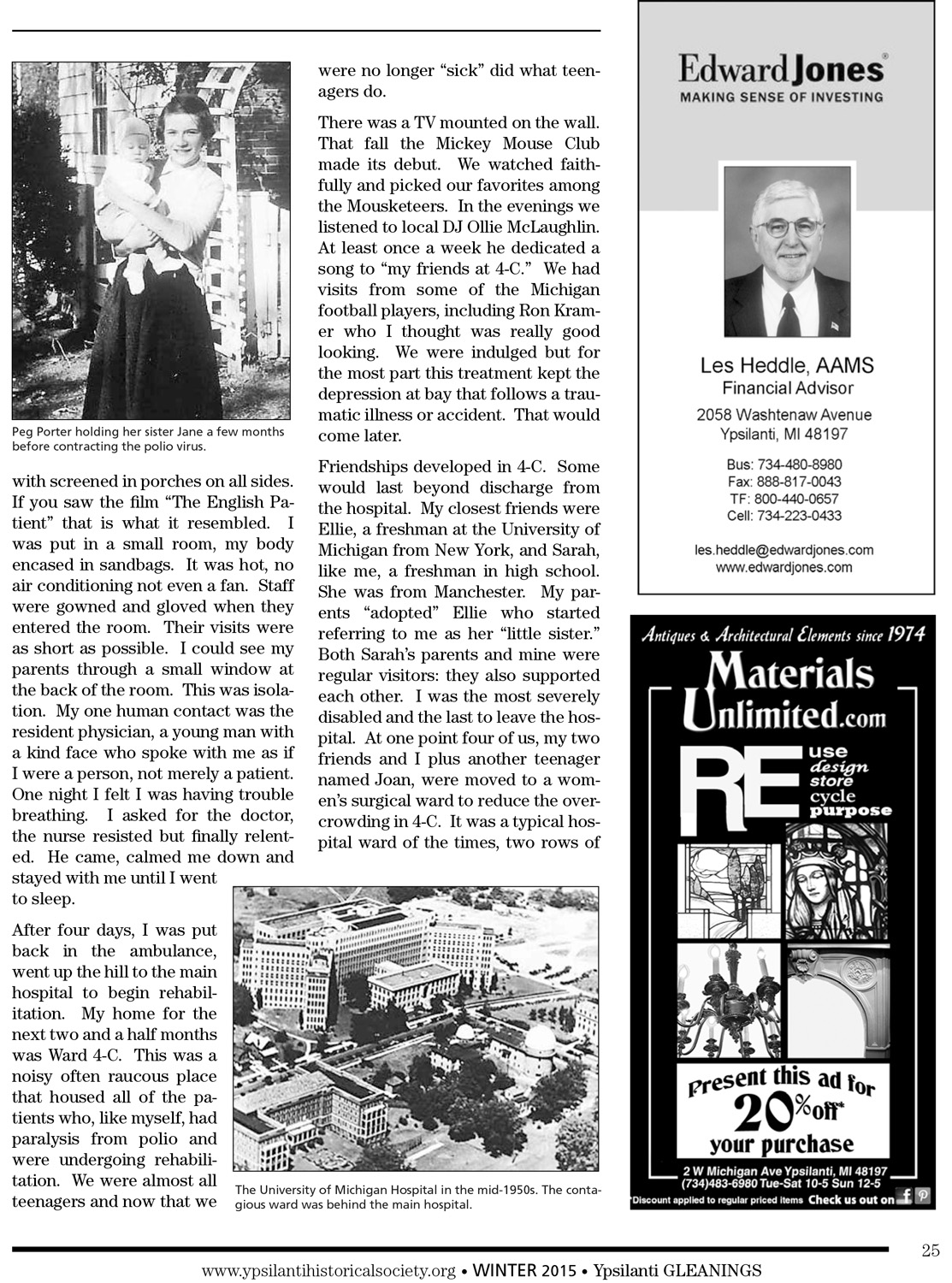 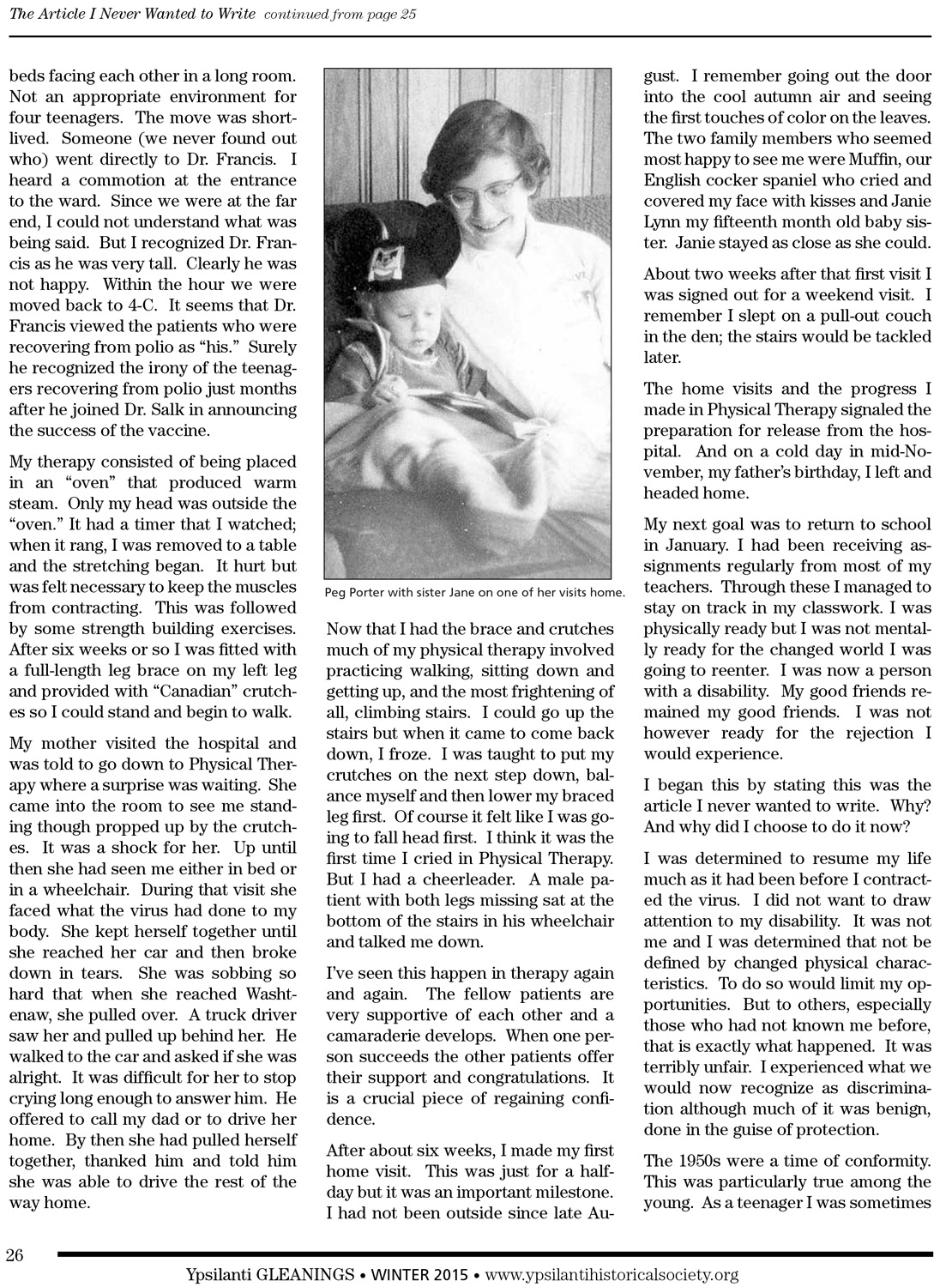 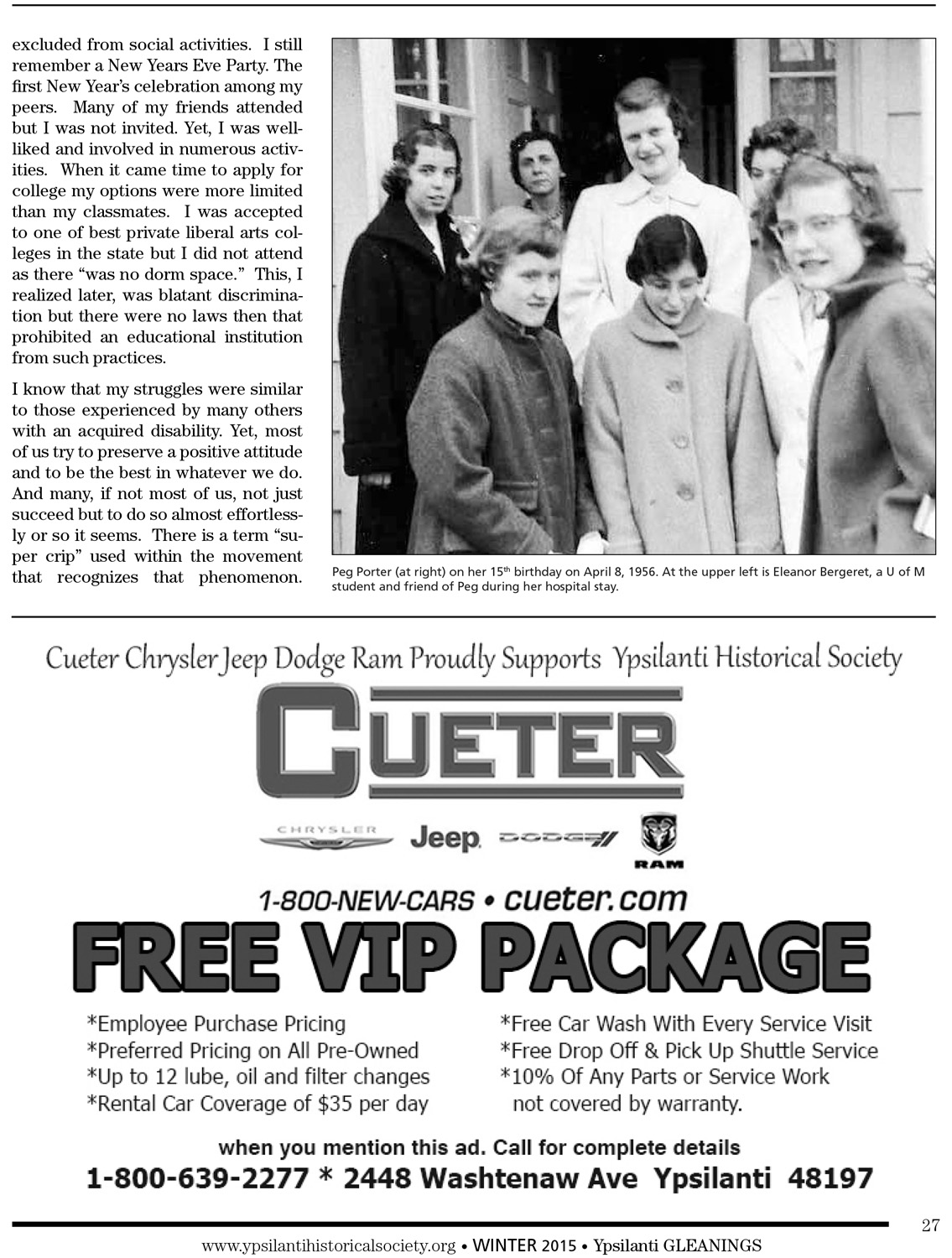 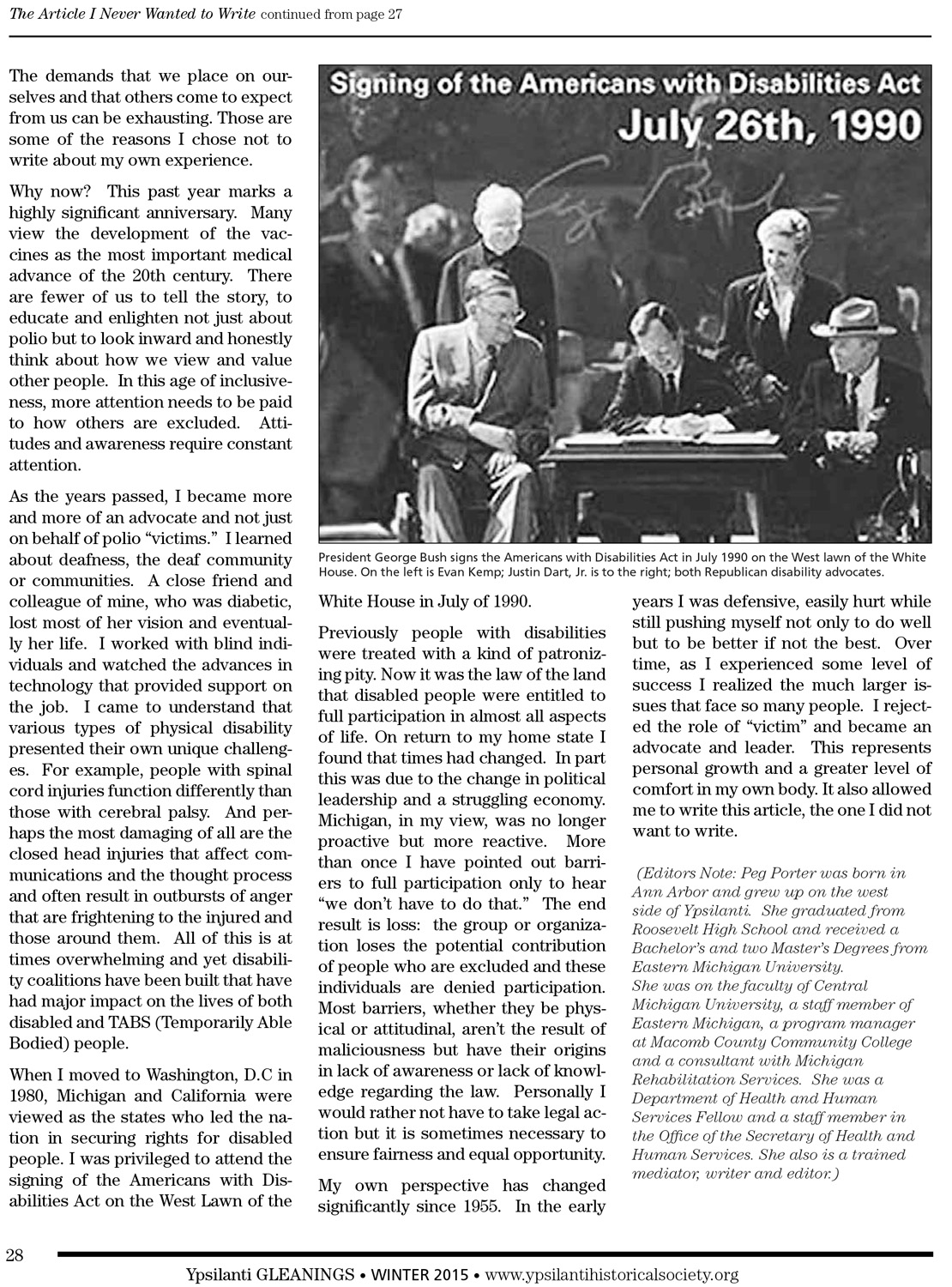 Photo Captions: Photo 1: Iron Lungs were used when Polio was at its peak in the late 1940s and early 1950s.

Photo 2: Dr. Thomas Francis from the University of Michigan and Dr. Jonas Salk, vaccine developer, announce the success of polio vaccine in field trials in April 1955 in Ann Arbor, Michigan.

Photo 4: The University of Michigan Hospital in the mid-1950s. The contagious ward was behind the main hospital.

Photo 5: Peg Porter with sister Jane on one of her visits home.

Photo 6: Peg Porter (at right) on her 15th birthday on April 8, 1956. At the upper left is Eleanor Bergeret, a U of M student and friend of Peg during her hospital stay.

Photo 7: President George Bush signs the Americans with Disabilities Act in July 1990 on the West lawn of the White House. On the left is Evan Kemp; Justin Dart, Jr. is to the right; both Republican disability advocates.