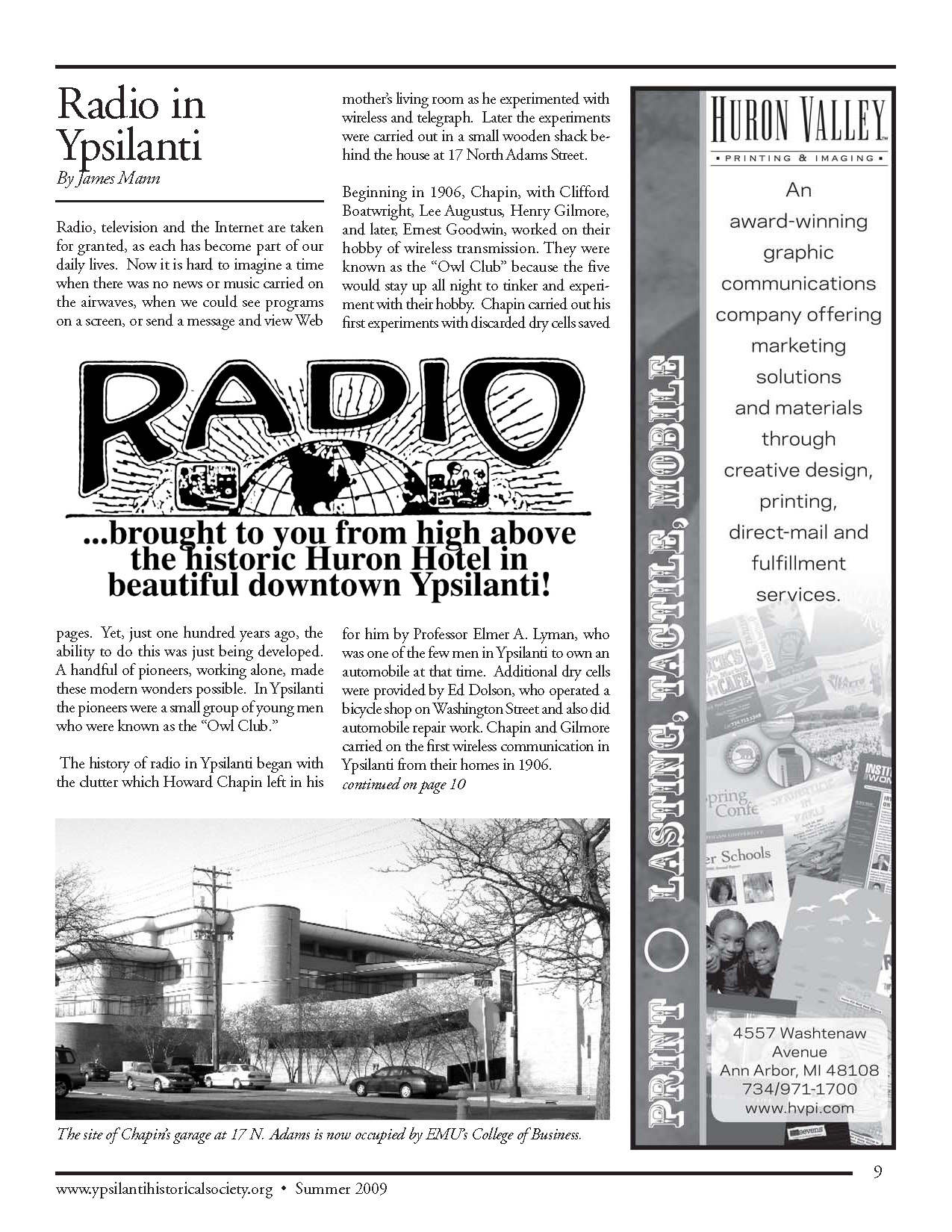 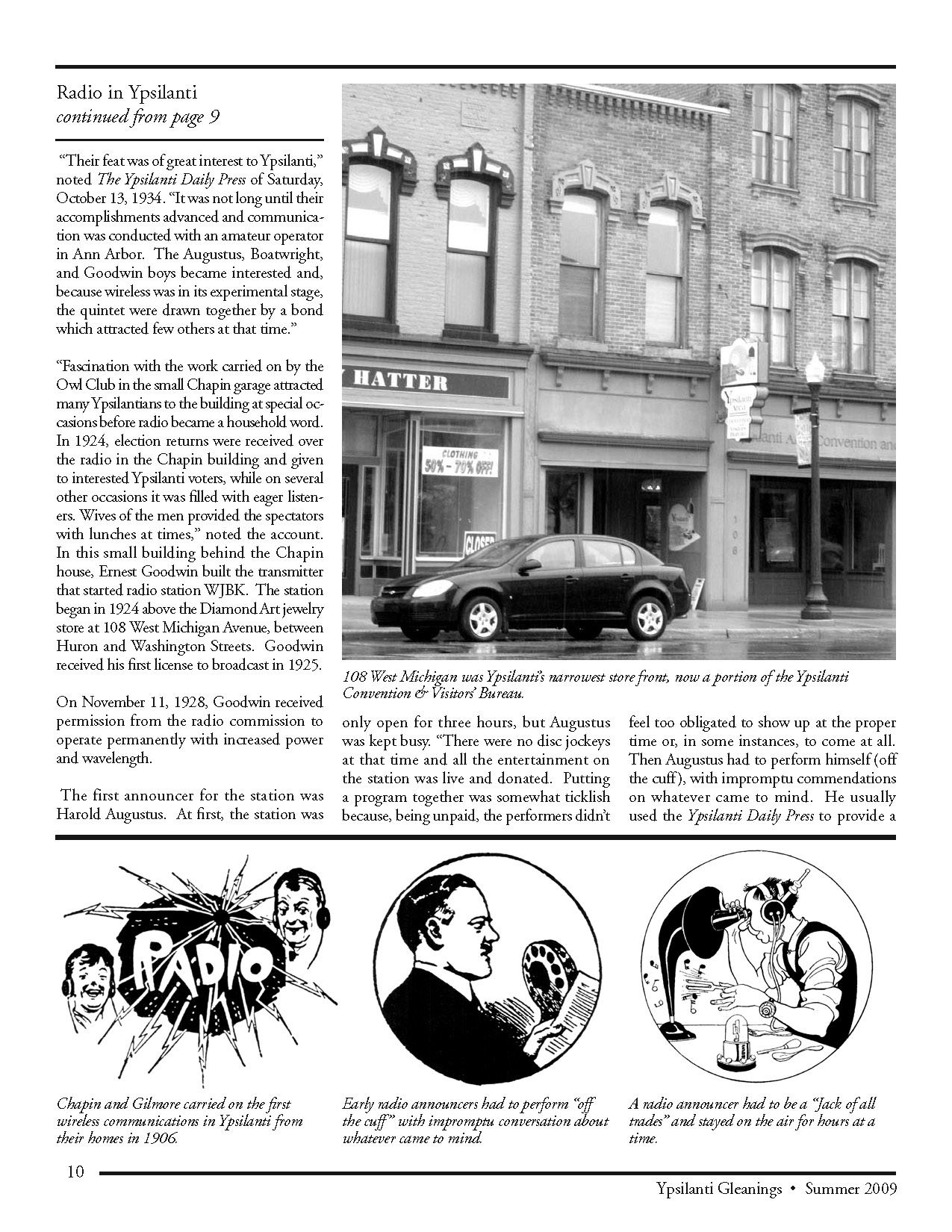 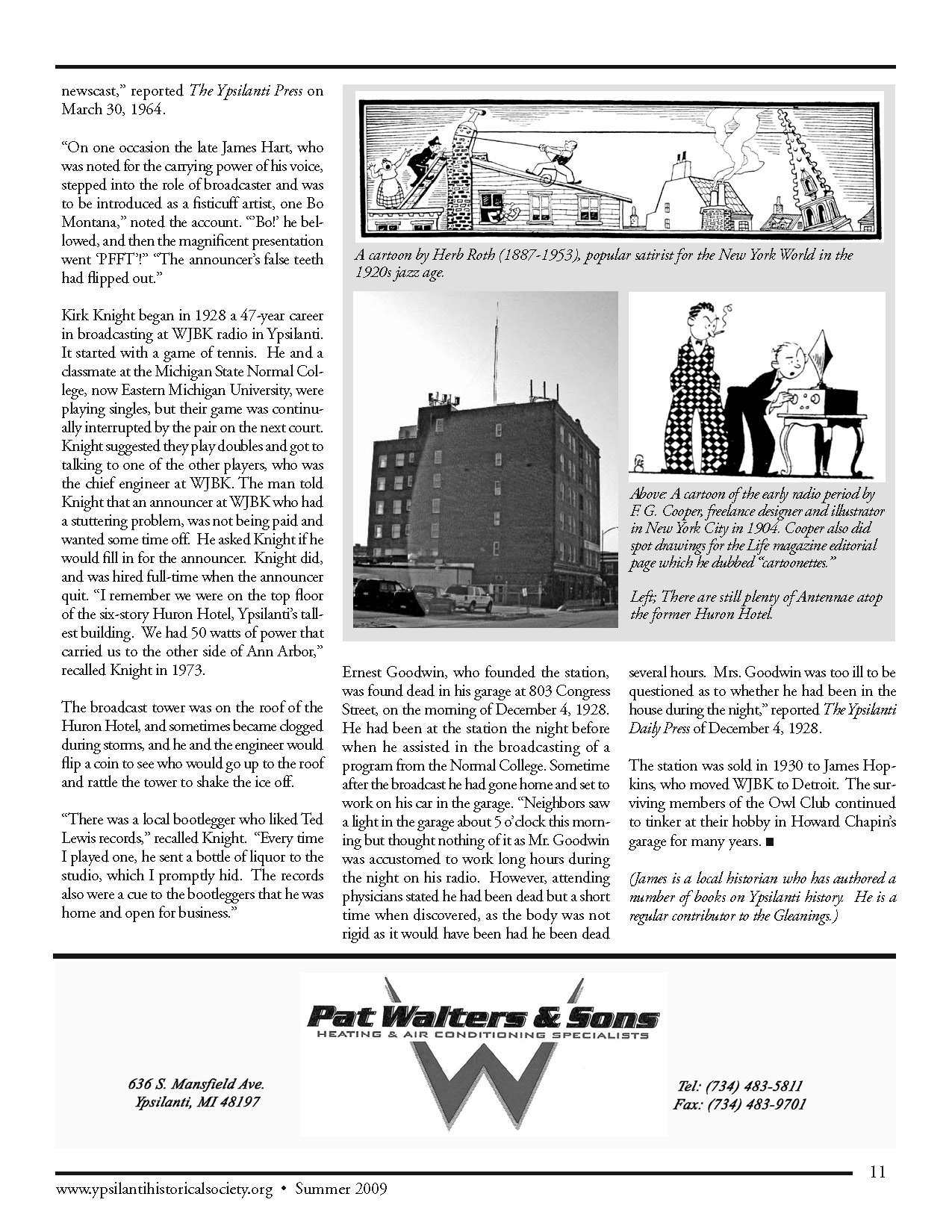 Photo 2: The site of Chapin’s garage at 17 N. Adams is now occupied by EMU’s College of Business.

Photo 3: Chapin and Gilmore carried on the first wireless communications in Ypsilanti from their homes in 1906.

Photo 5: Early radio announcers had to perform “off the cuff ” with impromptu conversation about whatever came to mind.

Photo 6: A radio announcer had to be a “Jack of all trades” and stayed on the air for hours at a time.

Photo 8: There are still plenty of Antennae atop the former Huron Hotel.

Photo 9: A cartoon of the early radio period by F. G. Cooper, freelance designer and illustrator in New York City in 1904. Cooper also did spot drawings for the Life magazine editorial page which he dubbed “cartoonettes.”