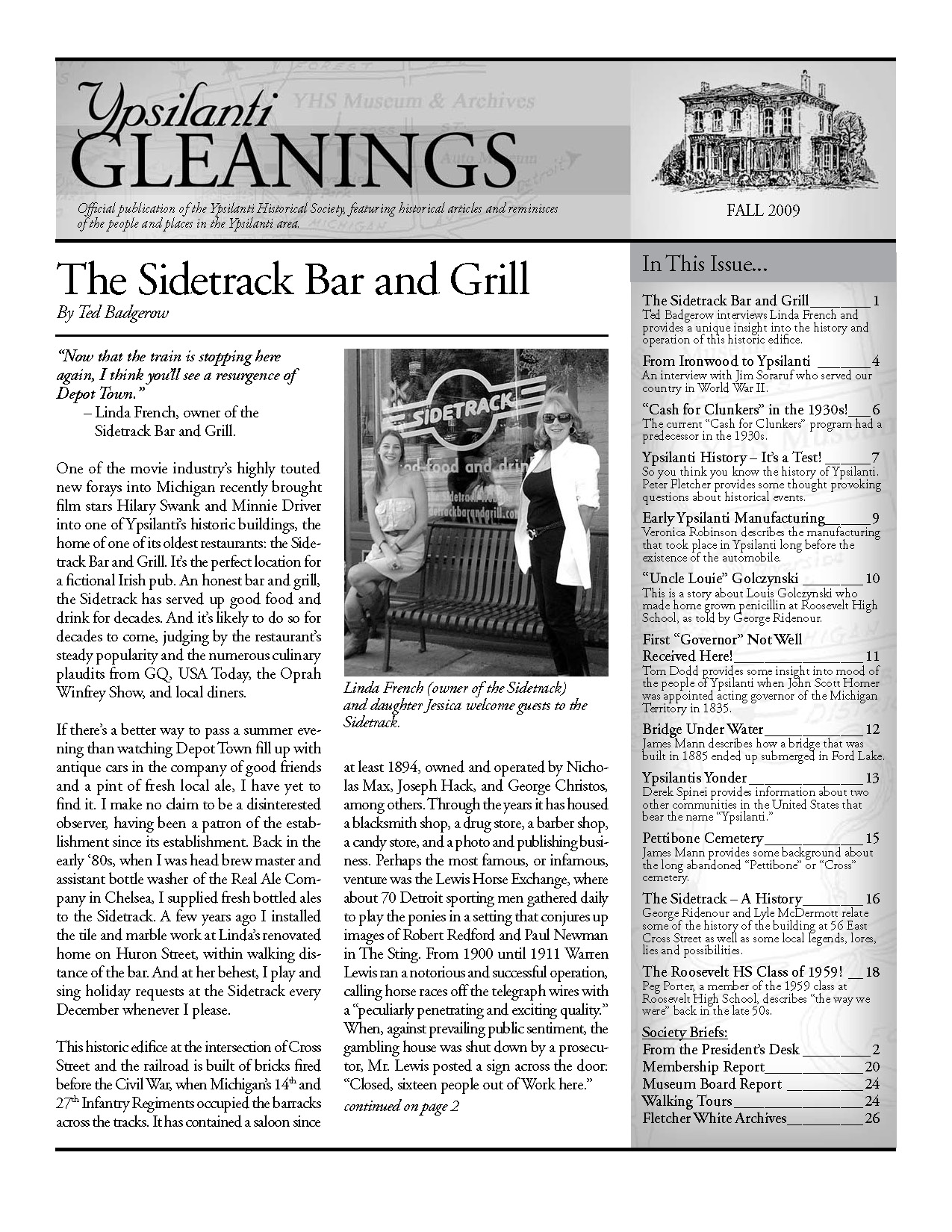 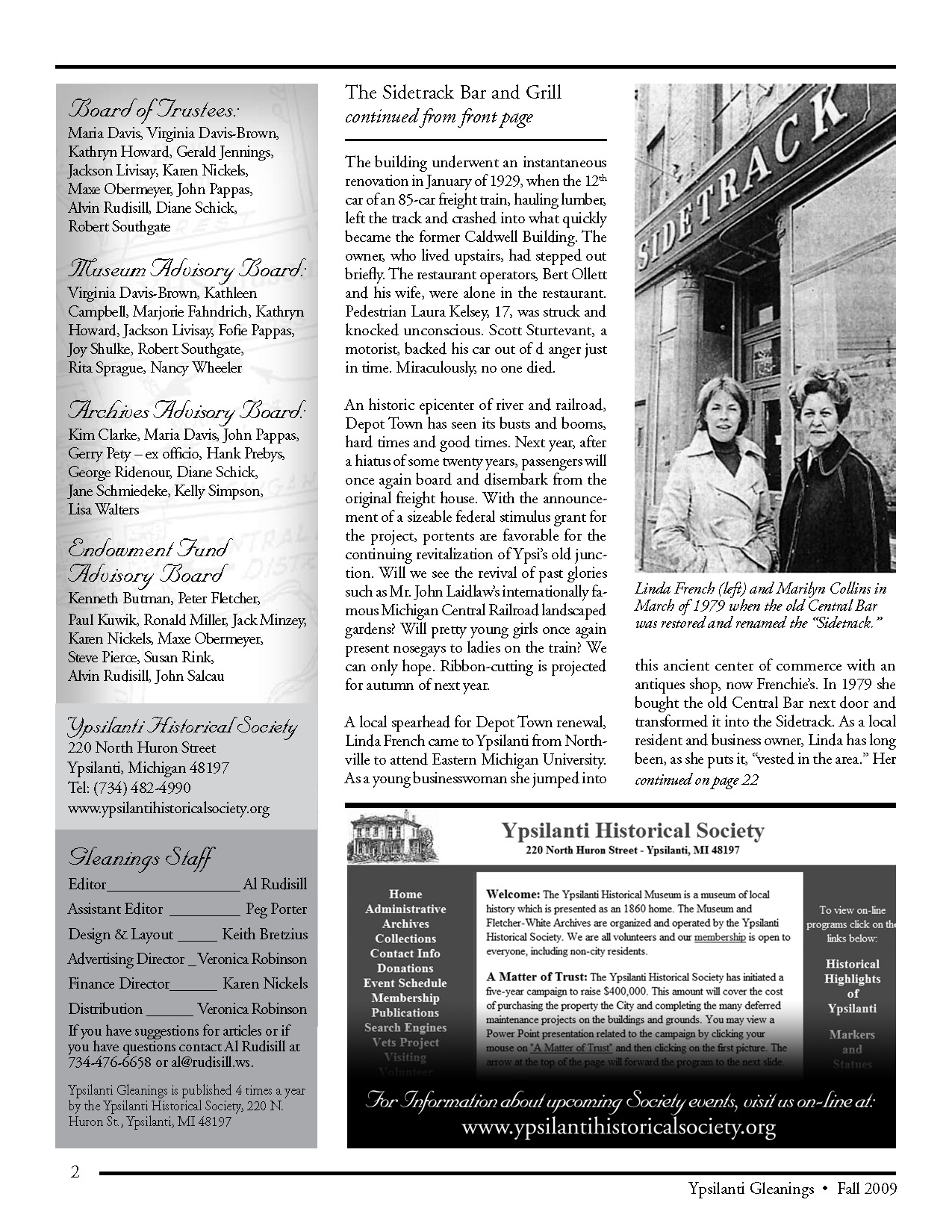 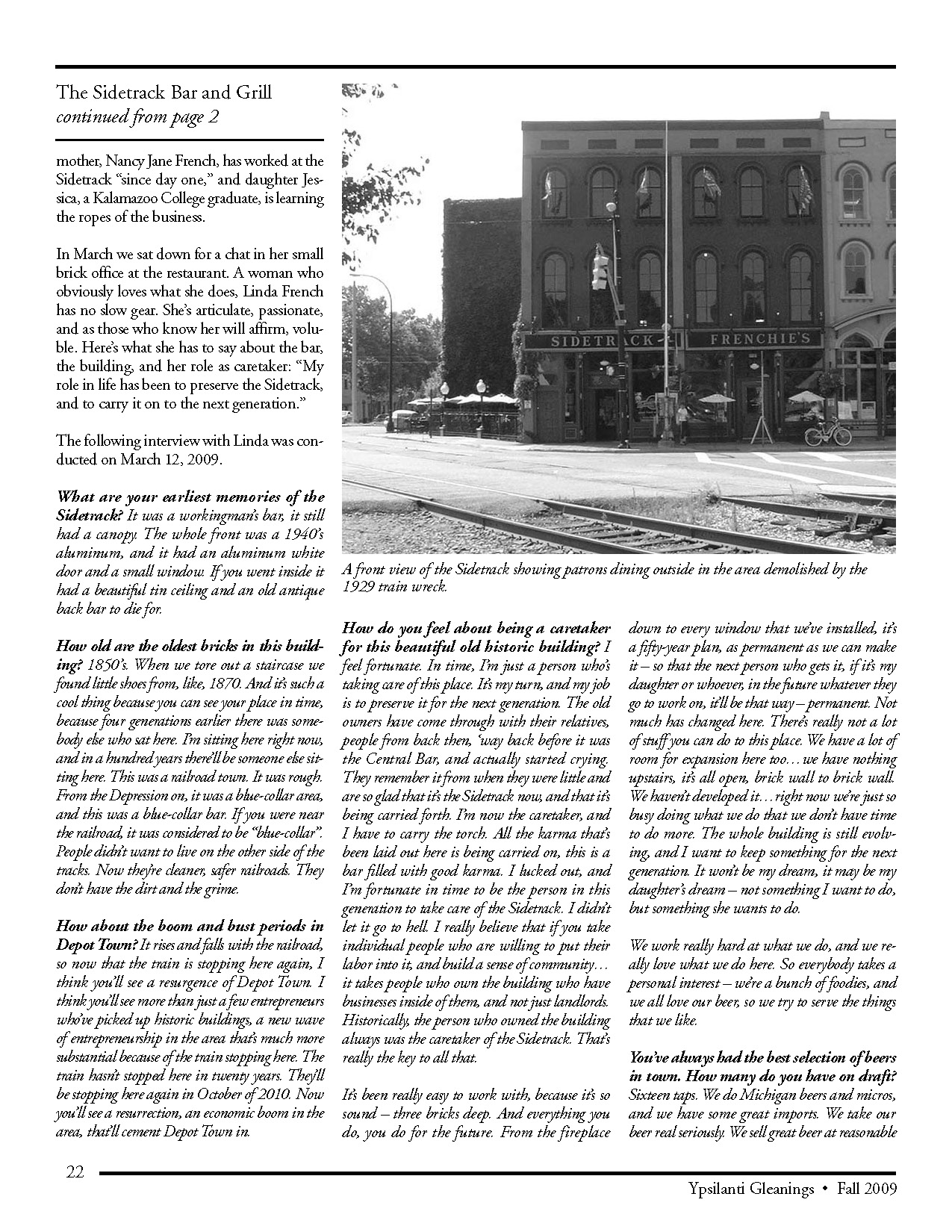 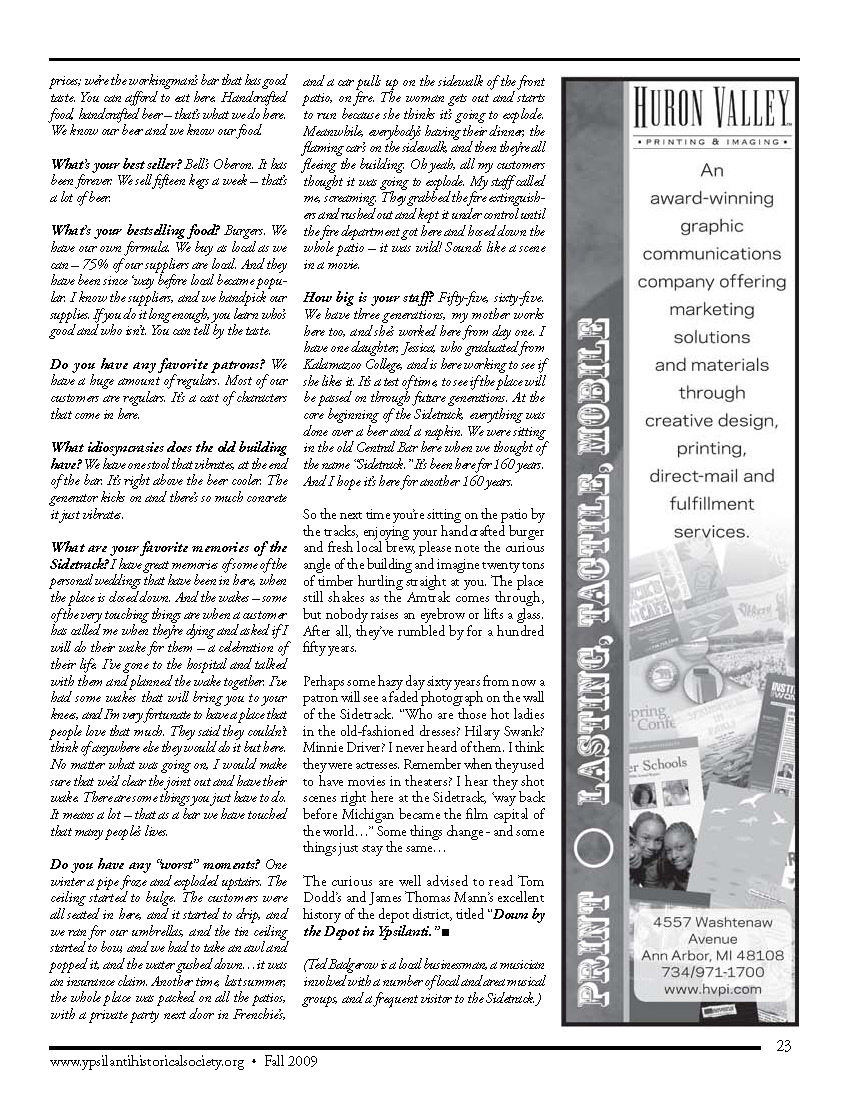 Photo 2: Linda French (left) and Marilyn Collins] in March of 1979 when the old Central Bar was restored and renamed the “Sidetrack.”

Photo 3: A front view of the Sidetrack showing patrons dining outside in the area demolished by the 1929 train wreck.