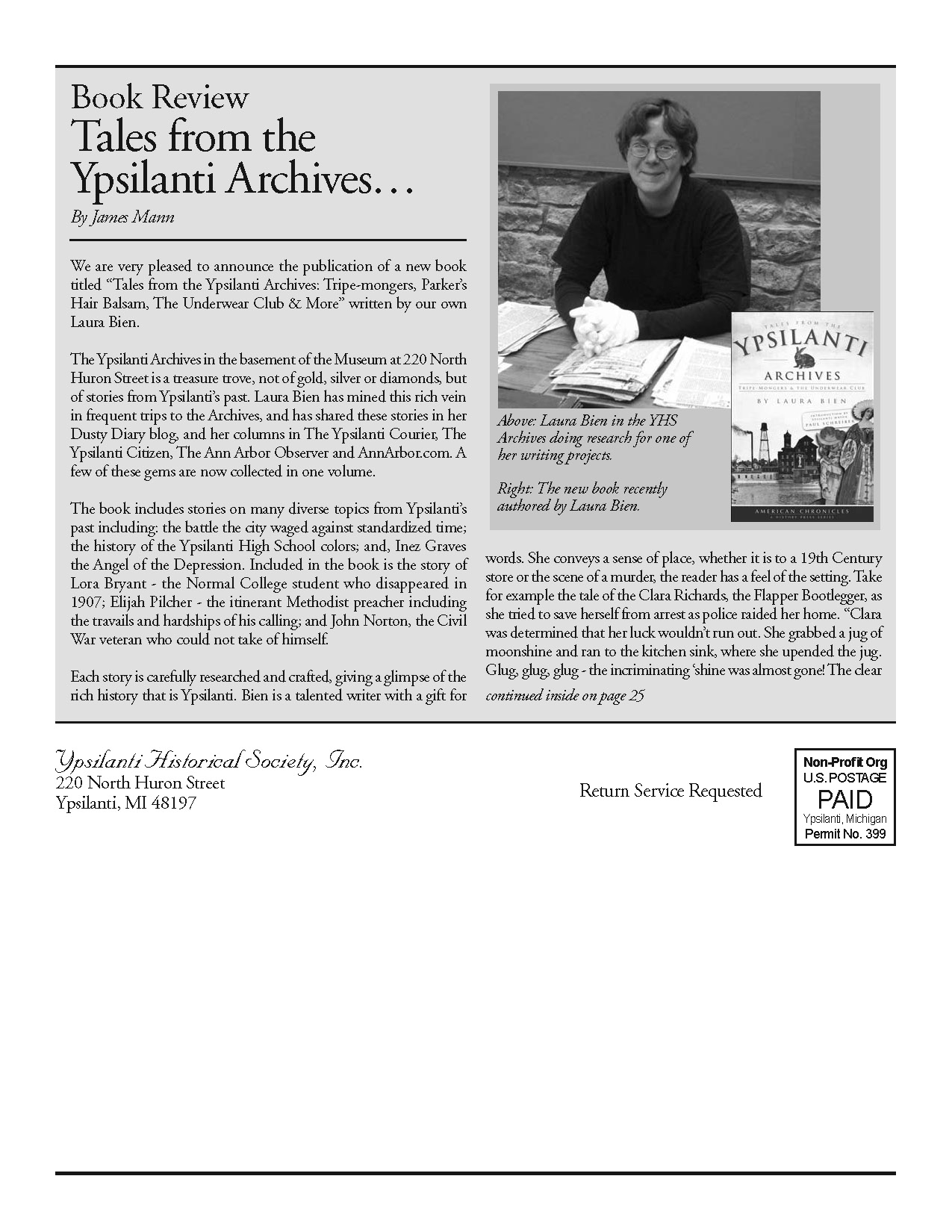 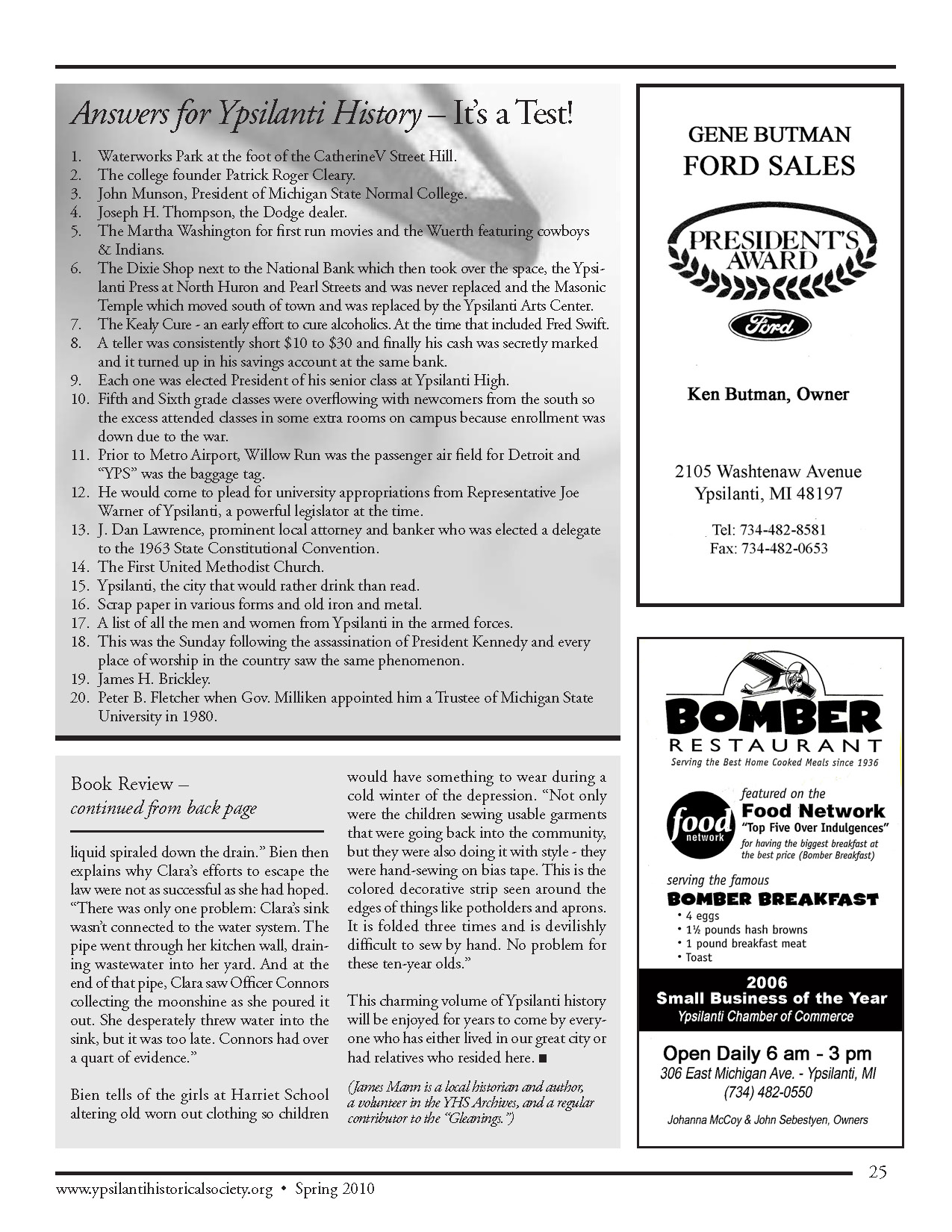 We are very pleased to announce the publication of a new book titled “Tales from the Ypsilanti Archives: Tripe-mongers, Parker’s Hair Balsam, The Underwear Club & More” written by our own Laura Bien.

The Ypsilanti Archives in the basement of the Museum at 220 North Huron Street is a treasure trove, not of gold, silver or diamonds, but of stories from Ypsilanti’s past. Laura Bien has mined this rich vein in frequent trips to the Archives, and has shared these stories in her Dusty Diary blog, and her columns in The Ypsilanti Courier, The Ypsilanti Citizen, The Ann Arbor Observer and AnnArbor.com. A few of these gems are now collected in one volume.

The book includes stories on many diverse topics from Ypsilanti’s past including: the battle the city waged against standardized time; the history of the Ypsilanti High School colors; and, Inez Graves the Angel of the Depression. Included in the book is the story of Lora Bryant - the Normal College student who disappeared in 1907; Elijah Pilcher - the itinerant Methodist preacher including the travails and hardships of his calling; and John Norton, the Civil War veteran who could not take of himself.

Each story is carefully researched and crafted, giving a glimpse of the rich history that is Ypsilanti. Bien is a talented writer with a gift for words. She conveys a sense of place, whether it is to a 19th Century store or the scene of a murder, the reader has a feel of the setting. Take for example the tale of the Clara Richards, the Flapper Bootlegger, as she tried to save herself from arrest as police raided her home. “Clara was determined that her luck wouldn’t run out. She grabbed a jug of moonshine and ran to the kitchen sink, where she upended the jug. Glug, glug, glug - the incriminating ‘shine was almost gone! The clear liquid spiraled down the drain.” Bien then explains why Clara’s efforts to escape the law were not as successful as she had hoped. “There was only one problem: Clara’s sink wasn’t connected to the water system. The pipe went through her kitchen wall, draining wastewater into her yard. And at the end of that pipe, Clara saw Officer Connors collecting the moonshine as she poured it out. She desperately threw water into the sink, but it was too late. Connors had over a quart of evidence.”

Bien tells of the girls at Harriet School altering old worn out clothing so children would have something to wear during a cold winter of the depression. “Not only were the children sewing usable garments that were going back into the community, but they were also doing it with style - they were hand-sewing on bias tape. This is the colored decorative strip seen around the edges of things like potholders and aprons. It is folded three times and is devilishly difficult to sew by hand. No problem for these ten-year olds.”

This charming volume of Ypsilanti history will be enjoyed for years to come by everyone who has either lived in our great city or had relatives who resided here.

(James Mann is a local historian and author, a volunteer in the YHS Archives, and a regular contributor to the “Gleanings.”)

Photo 1: Laura Bien in the YHS Archives doing research for one of her writing projects.