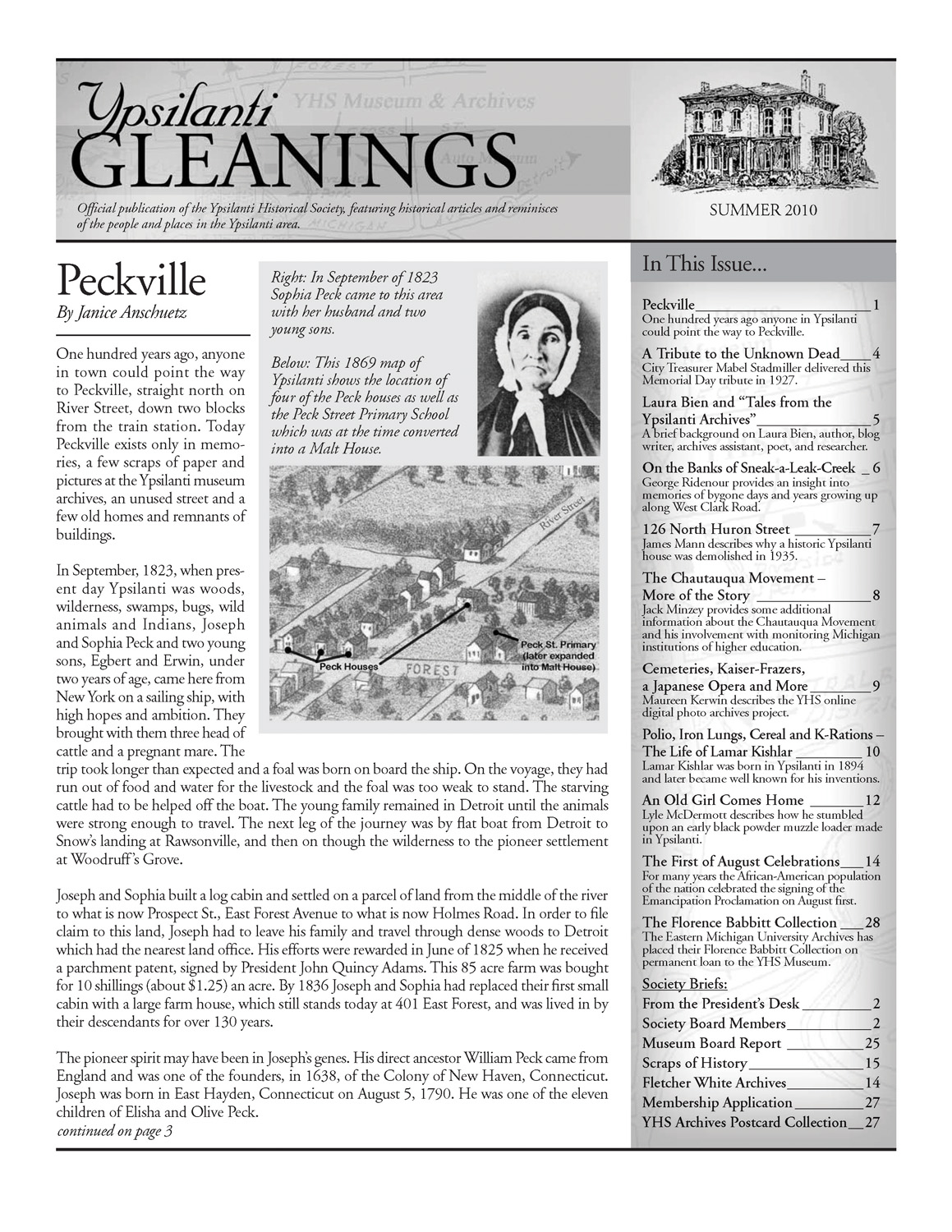 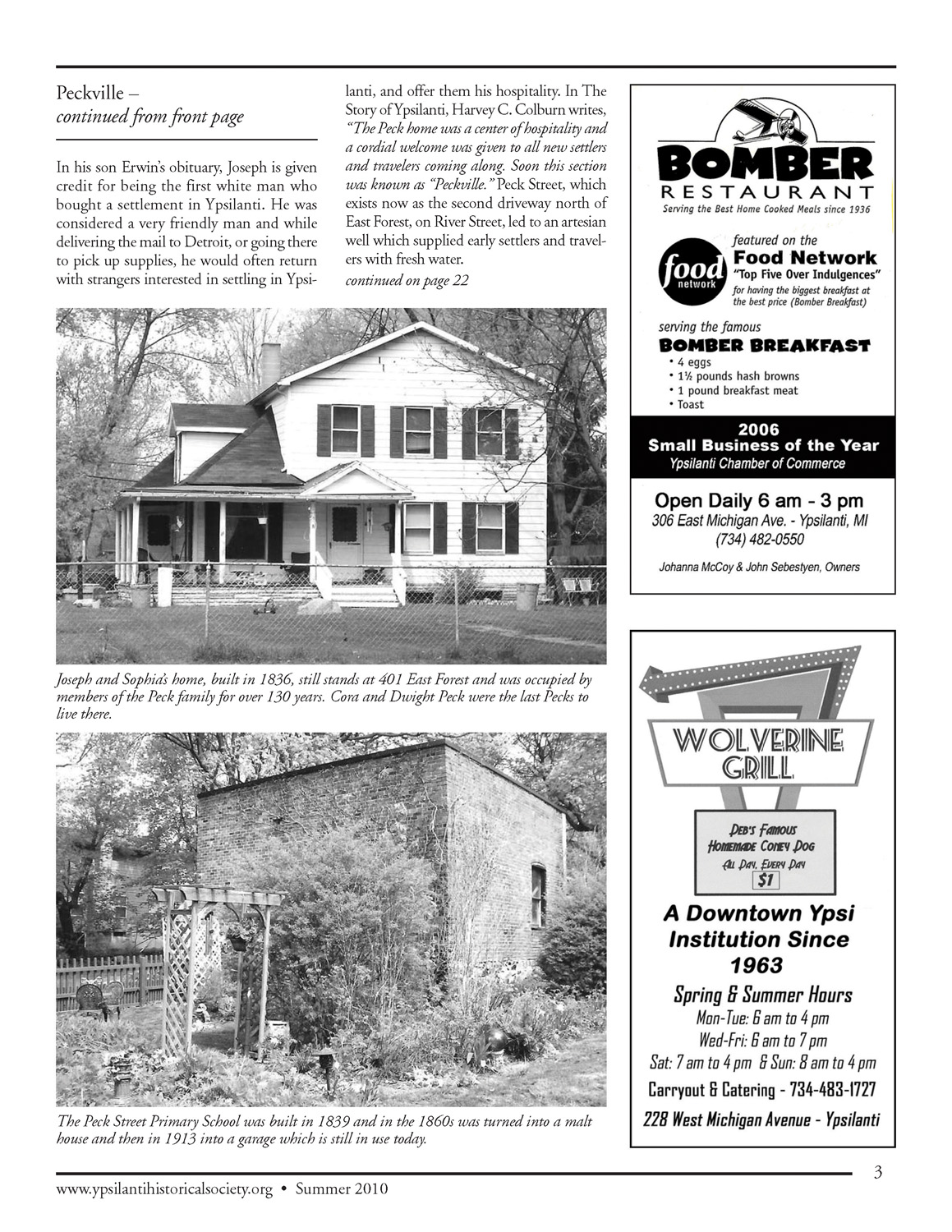 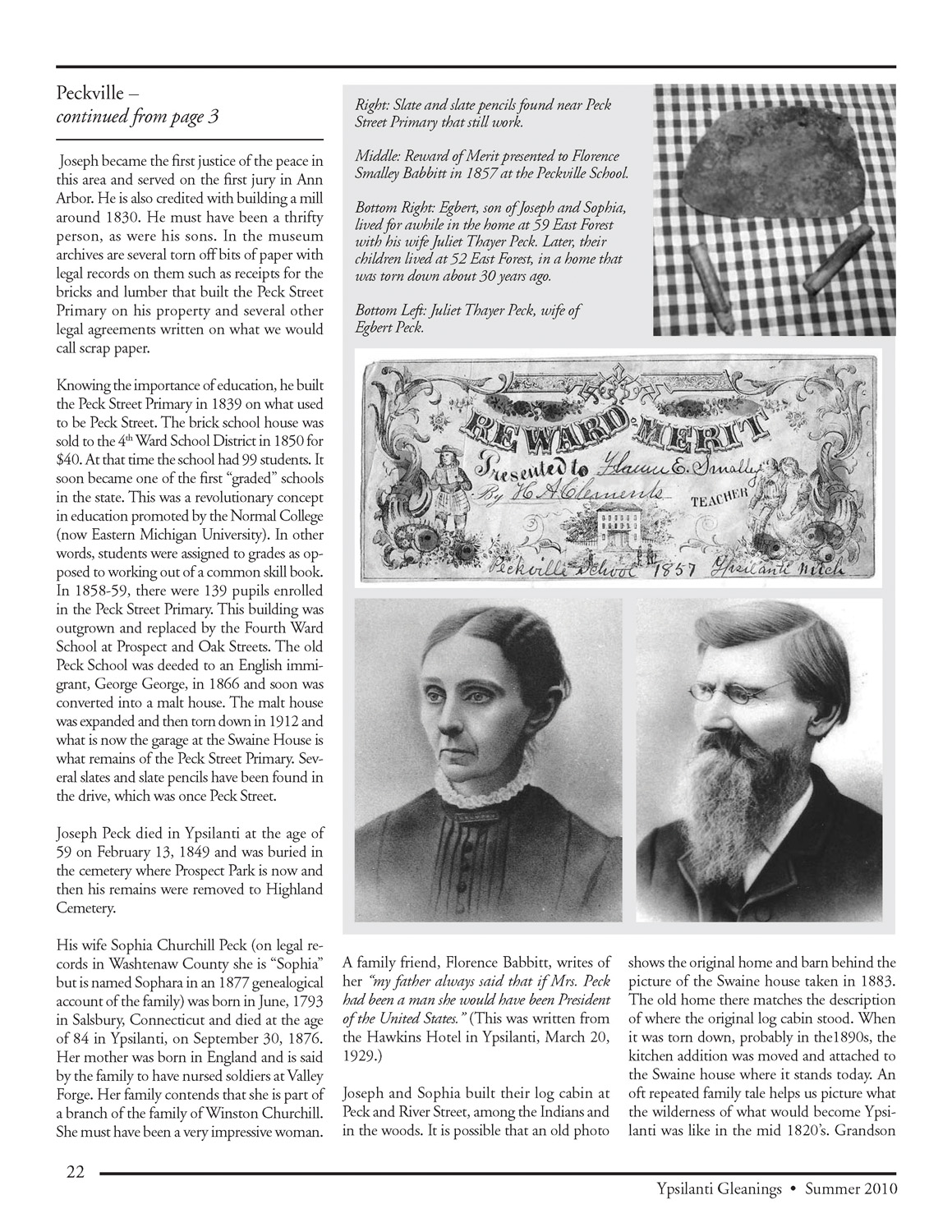 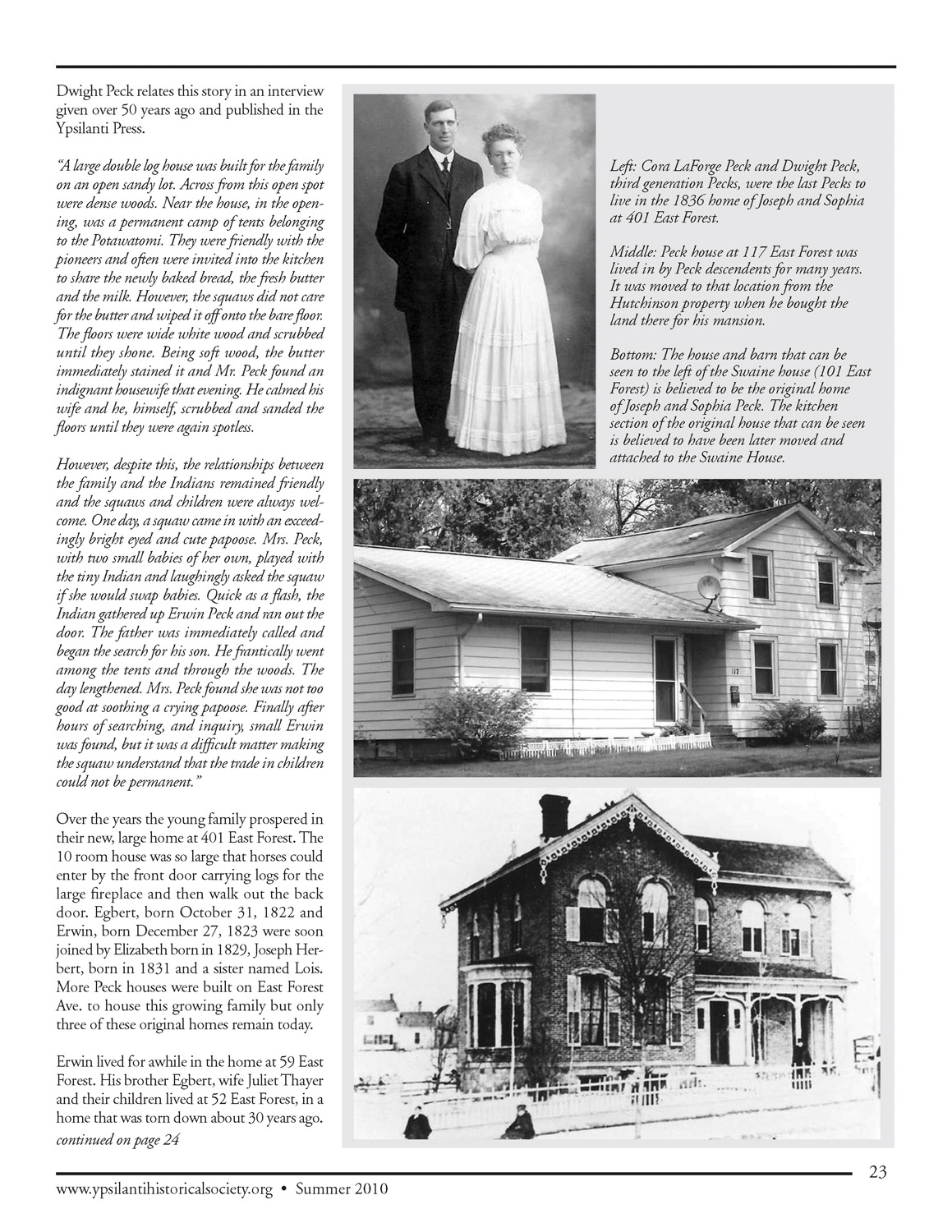 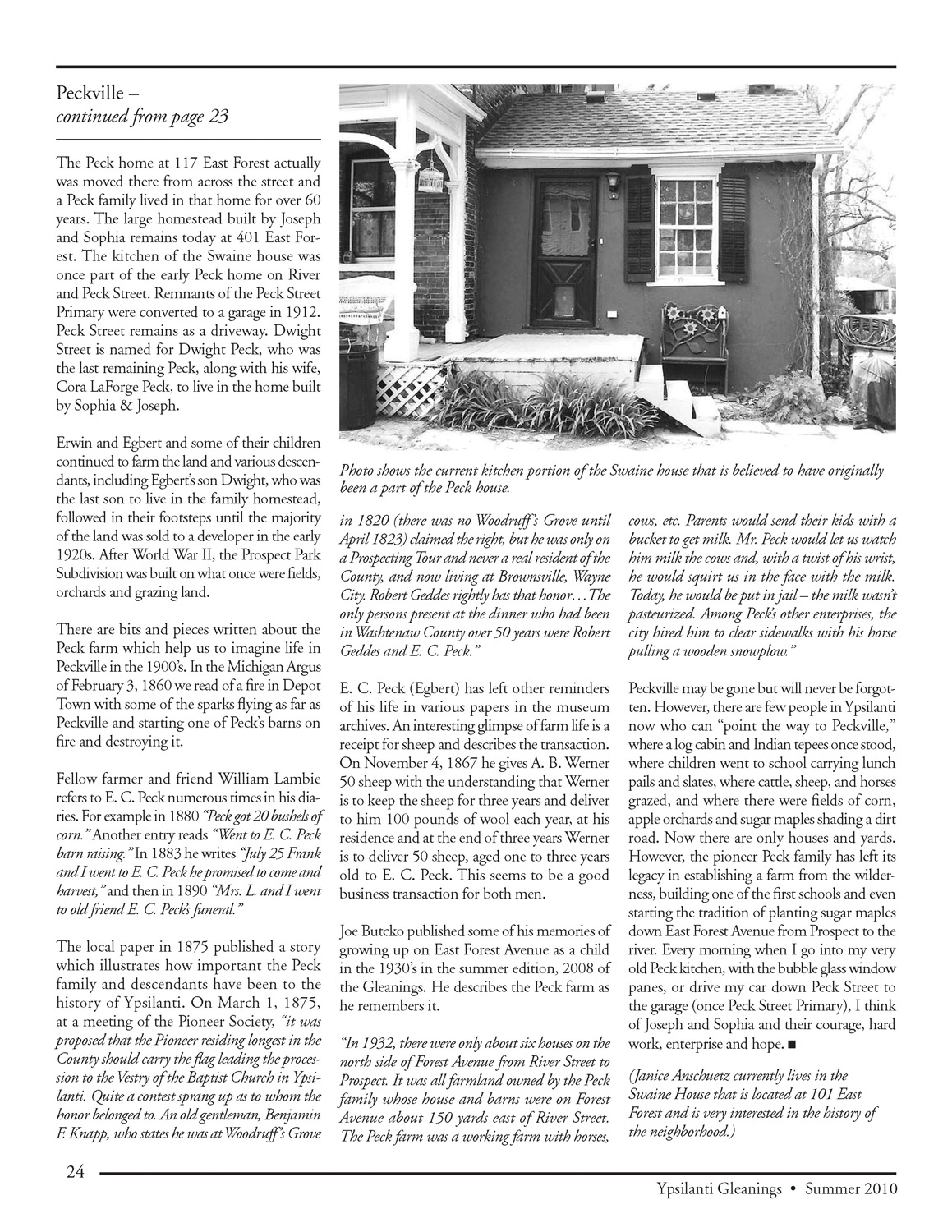 Photo 2: This 1869 map of Ypsilanti shows the location of four of the Peck houses as well as the Peck Street Primary School which was at the time converted into a Malt House.

Photo 3: Joseph and Sophia’s home, built in 1836, still stands at 401 East Forest and was occupied by members of the Peck family for over 130 years. Cora and Dwight Peck were the last Pecks to live there.

Photo 4: The Peck Street Primary School was built in 1839 and in the 1860s was turned into a malt house and then in 1913 into a garage which is still in use today.

Photo 6 Reward of Merit presented to Florence Smalley Babbitt in 1857 at the Peckville School.

Photo 7: Egbert, son of Joseph and Sophia, lived for awhile in the home at 59 East Forest with his wife Juliet Thayer Peck. Later, their children lived at 52 East Forest, in a home that was torn down about 30 years ago.

Photo 9: Cora LaForge Peck and Dwight Peck, third generation Pecks, were the last Pecks to live in the 1836 home of Joseph and Sophia at 401 East Forest.

Photo 10 Peck house at 117 East Forest was lived in by Peck descendents for many years. It was moved to that location from the Hutchinson property when he bought the land there for his mansion.

Photo 12 Photo shows the current kitchen portion of the Swaine house that is believed to have originally been a part of the Peck house.