Scraps of History from the Scrap Heap 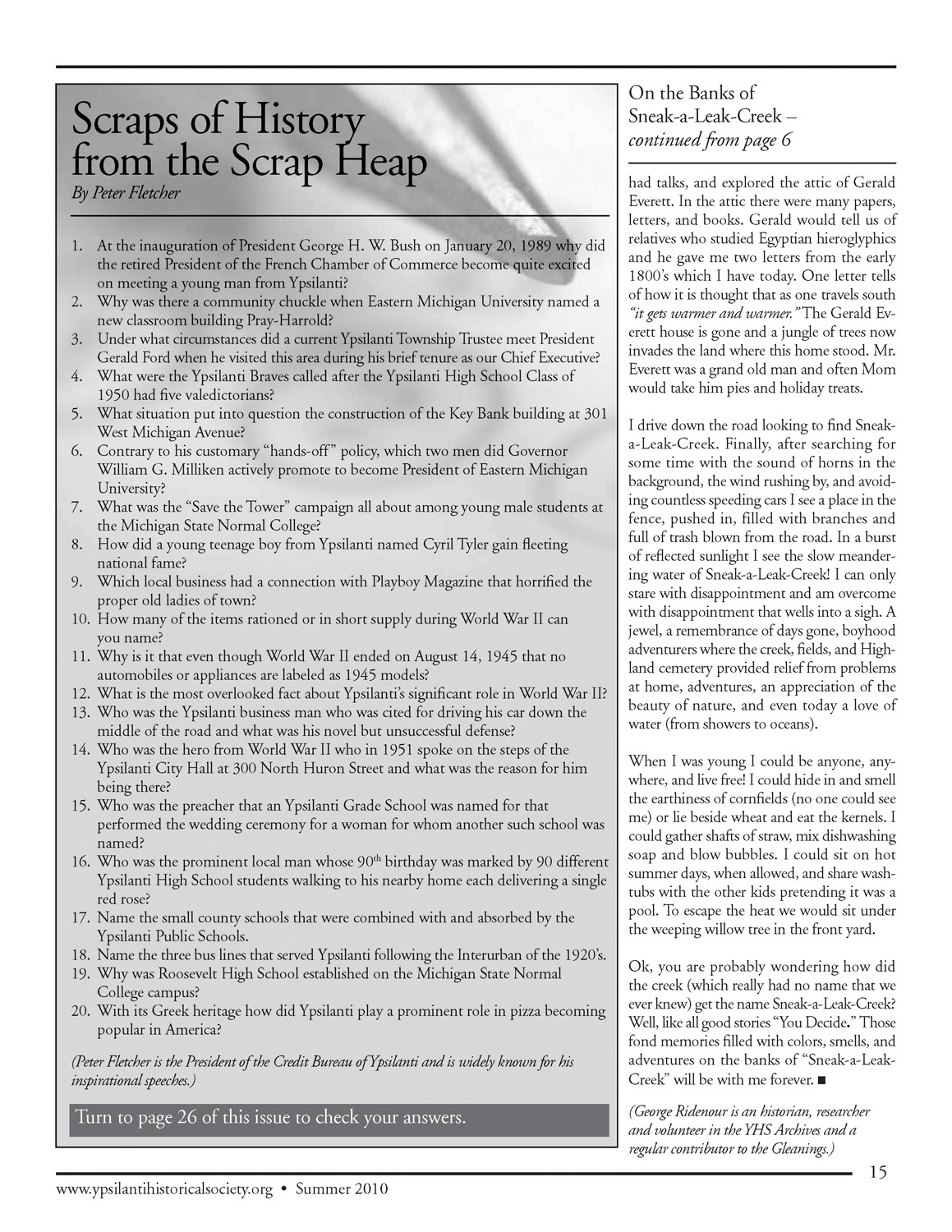 This is the third in a series of tests related to the history of Ypsilanti. Click HERE to check your answers.

The answers to this test can be found HERE. (Peter Fletcher is the President of the Credit Bureau of Ypsilanti and is widely known for his inspirational speeches.)