From the President’s Desk… 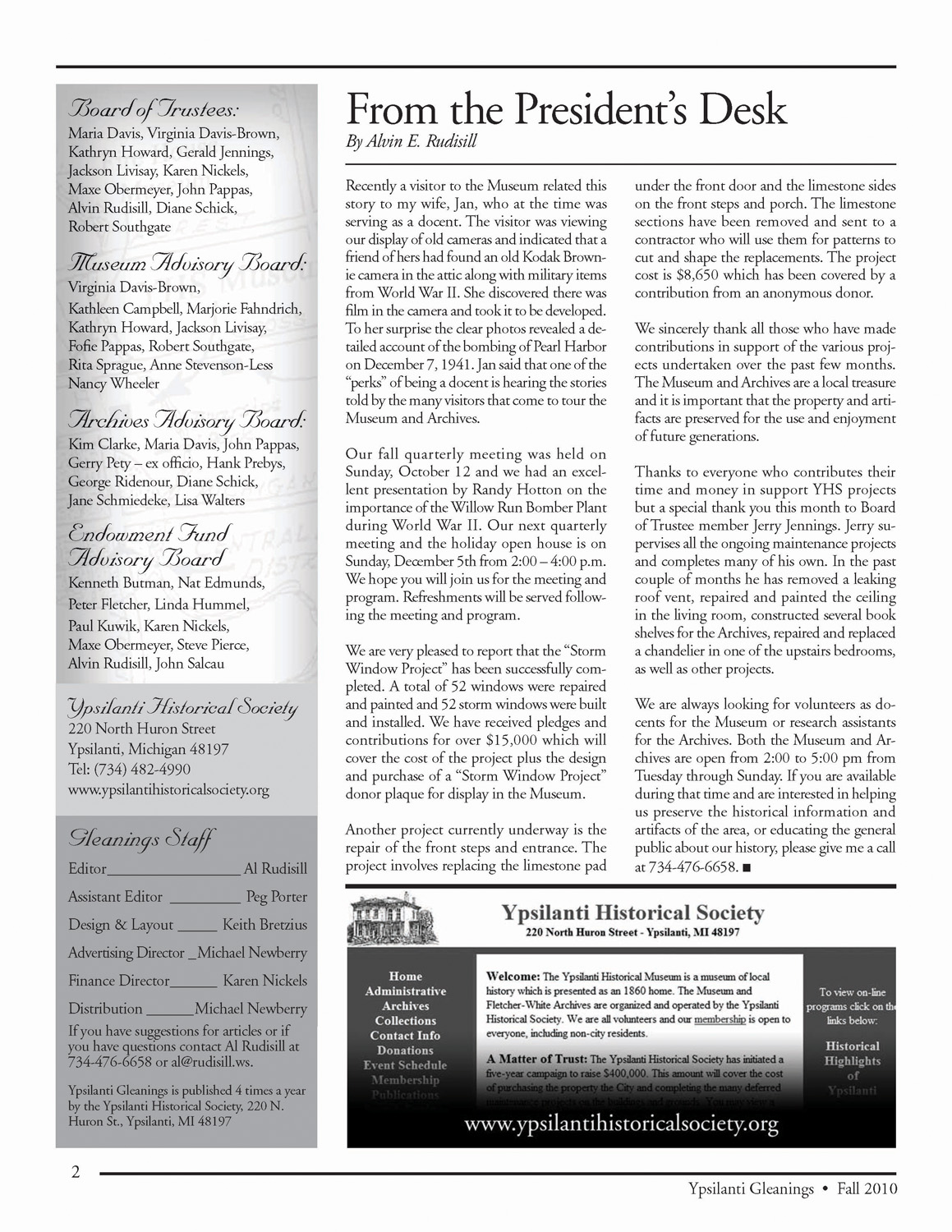 Recently a visitor to the Museum related this story to my wife, Jan, who at the time was serving as a docent. The visitor was viewing our display of old cameras and indicated that a friend of hers had found an old Kodak Brownie camera in the attic along with military items from World War II. She discovered there was film in the camera and took it to be developed. To her surprise the clear photos revealed a detailed account of the bombing of Pearl Harbor on December 7, 1941. Jan said that one of the “perks” of being a docent is hearing the stories told by the many visitors that come to tour the Museum and Archives.

We are very pleased to report that the “Storm Window Project” has been successfully completed. A total of 52 windows were repaired and painted and 52 storm windows were built and installed. We have received pledges and contributions for over $15,000 which will cover the cost of the project plus the design and purchase of a “Storm Window Project” donor plaque for display in the Museum.

We sincerely thank all those who have made contributions in support of the various projects undertaken over the past few months. The Museum and Archives are a local treasure and it is important that the property and artifacts are preserved for the use and enjoyment of future generations.

Thanks to everyone who contributes their time and money in support YHS projects but a special thank you this month to Board of Trustee member Jerry Jennings. Jerry supervises all the ongoing maintenance projects and completes many of his own. In the past couple of months he has removed a leaking roof vent, repaired and painted the ceiling in the living room, constructed several book shelves for the Archives, repaired and replaced a chandelier in one of the upstairs bedrooms, as well as other projects.

We are always looking for volunteers as docents for the Museum or research assistants for the Archives. Both the Museum and Archives are open from 2:00 to 5:00 pm from Tuesday through Sunday. If you are available during that time and are interested in helping us preserve the historical information and artifacts of the area, or educating the general public about our history, please give me a call at 734-476-6658.