Education Night at the Archives 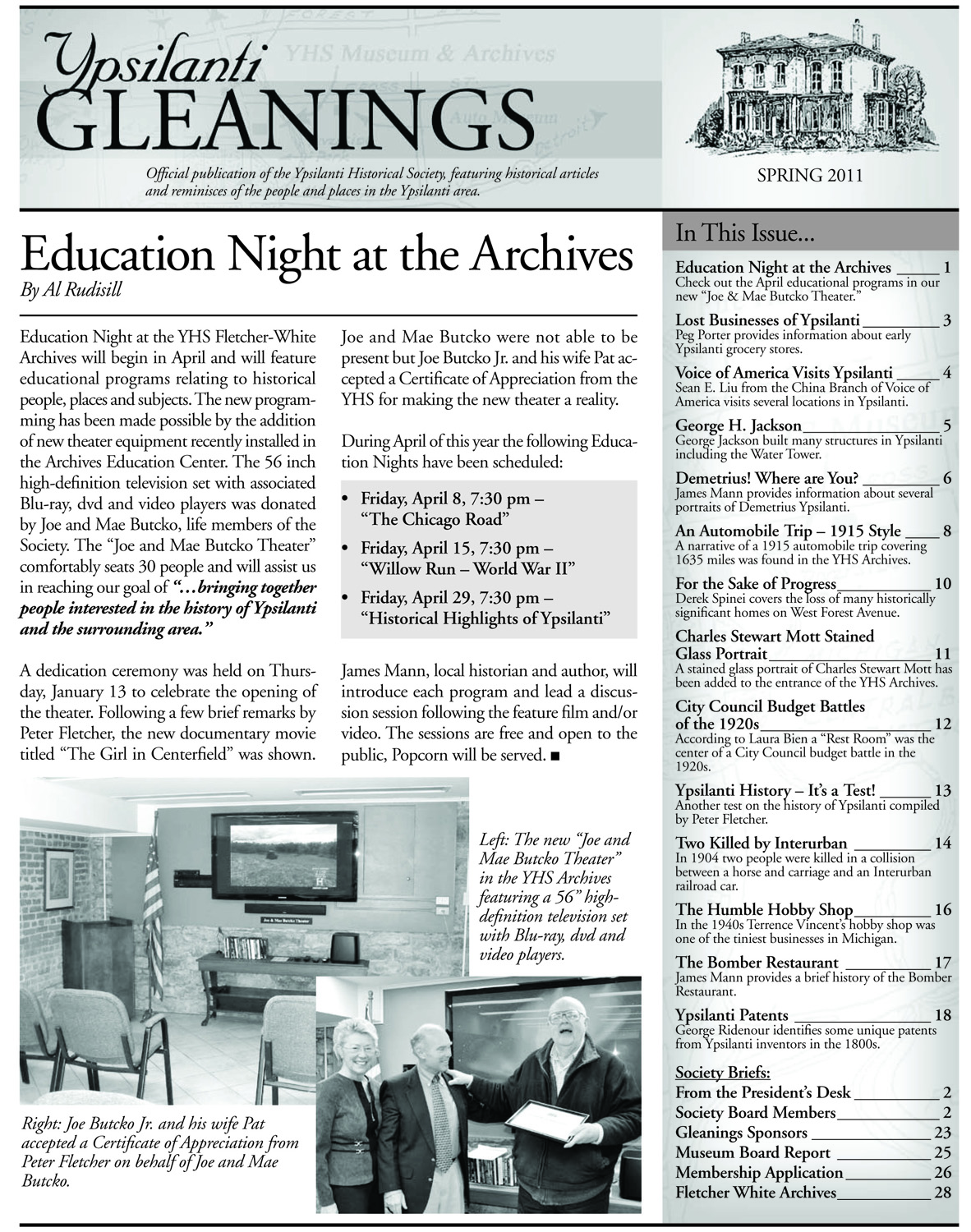 Education Night at the YHS Fletcher-White Archives will begin in April and will feature educational programs relating to historical people, places and subjects. The new programming has been made possible by the addition of new theater equipment recently installed in the Archives Education Center. The 56 inch high-definition television set with associated Blu-ray, dvd and video players was donated by Joe and Mae Butcko, life members of the Society. The “Joe and Mae Butcko Theater” comfortably seats 30 people and will assist us in reaching our goal of “…bringing together people interested in the history of Ypsilanti and the surrounding area.” A dedication ceremony was held on Thursday, January 13 to celebrate the opening of the theater. Following a few brief remarks by Peter Fletcher, the new documentary movie titled “The Girl in Centerfield” was shown. Joe and Mae Butcko were not able to be present but Joe Butcko Jr. and his wife Pat accepted a Certificate of Appreciation from the YHS for making the new theater a reality. During April of this year the following Education Nights have been scheduled: Friday, April 8, 7:30 pm – “The Chicago Road” Friday, April 15, 7:30 pm – “Willow Run – World War II” Friday, April 29, 7:30 pm – “Historical Highlights of Ypsilanti” James Mann, local historian and author, will introduce each program and lead a discussion session following the feature film and/or video. The sessions are free and open to the public, Popcorn will be served. Photo Captions: Photo 1: The new “Joe and Mae Butcko Theater” in the YHS Archives featuring a 56” high-definition television set with Blu-ray, dvd and video players.

Photo 2: Joe Butcko Jr. and his wife Pat accepted a Certificate of Appreciation from Peter Fletcher on behalf of Joe and Mae Butcko.