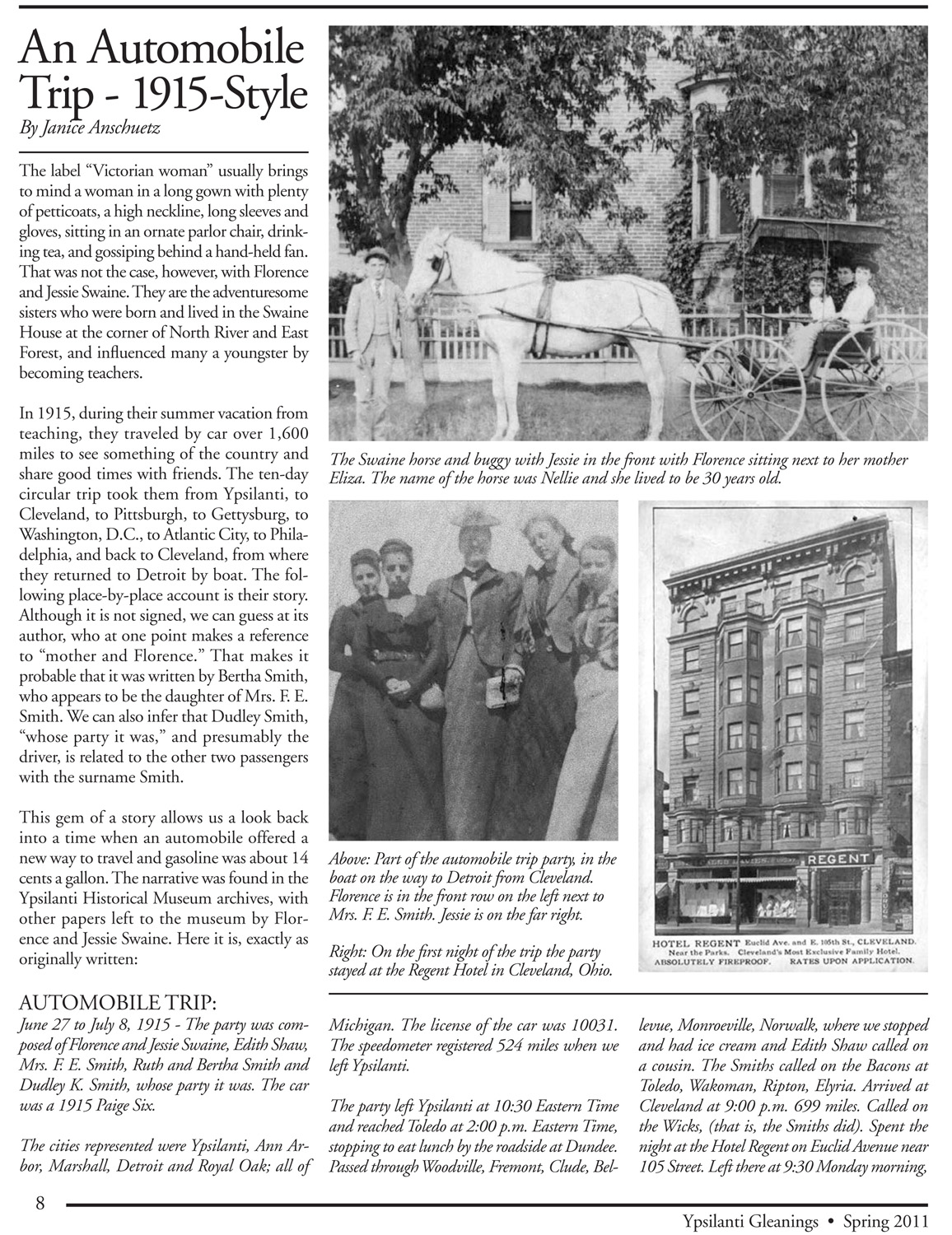 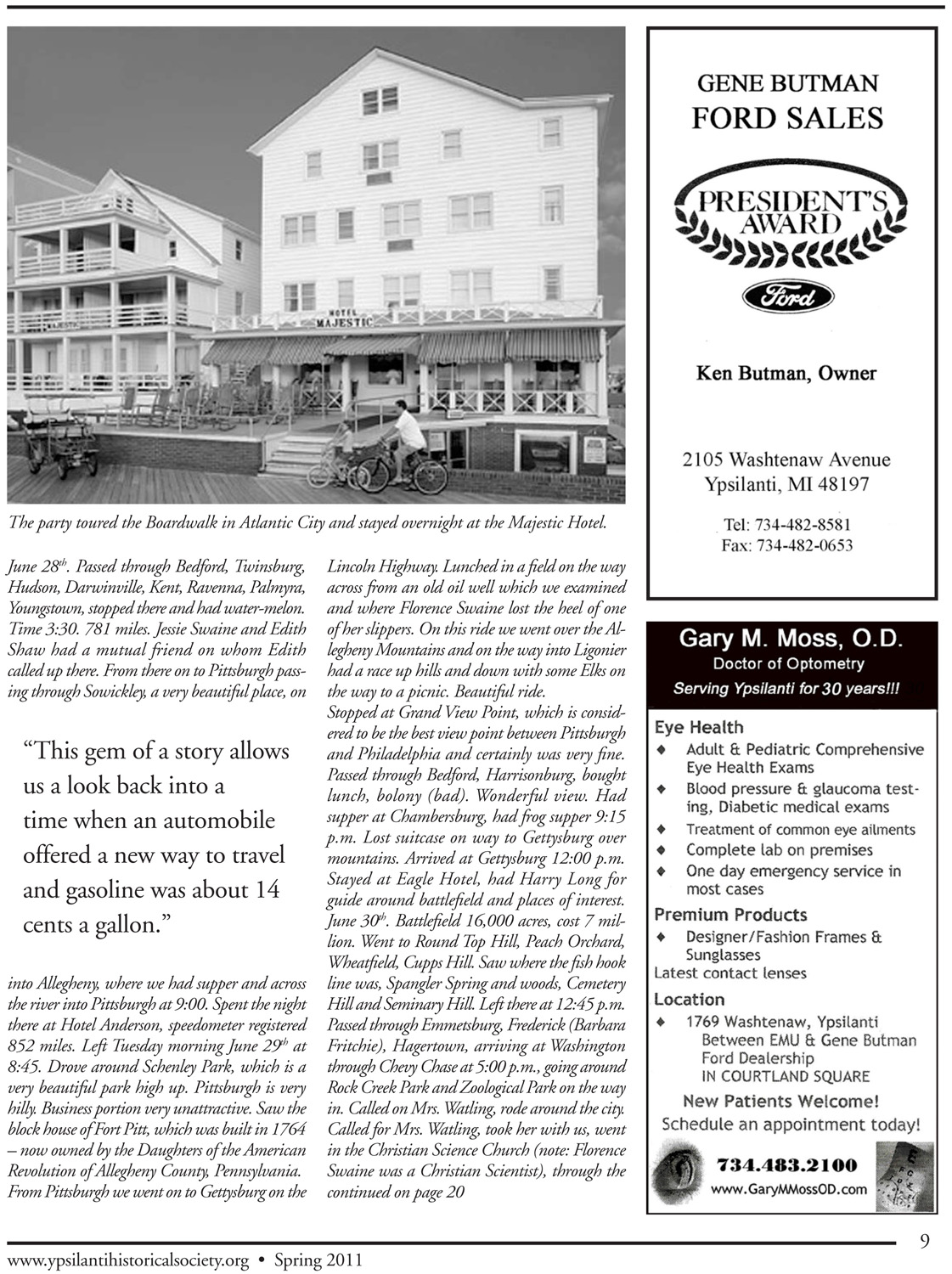 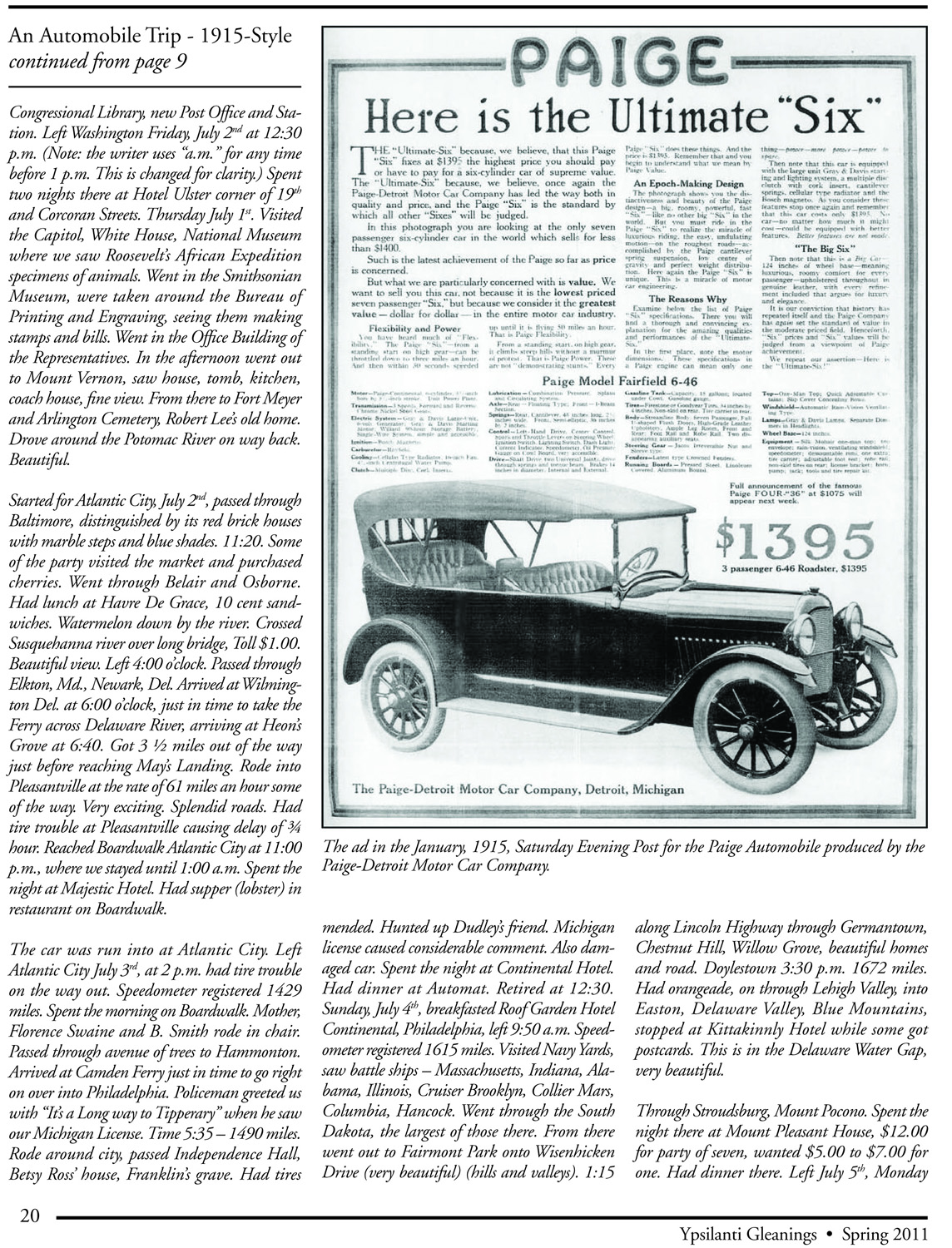 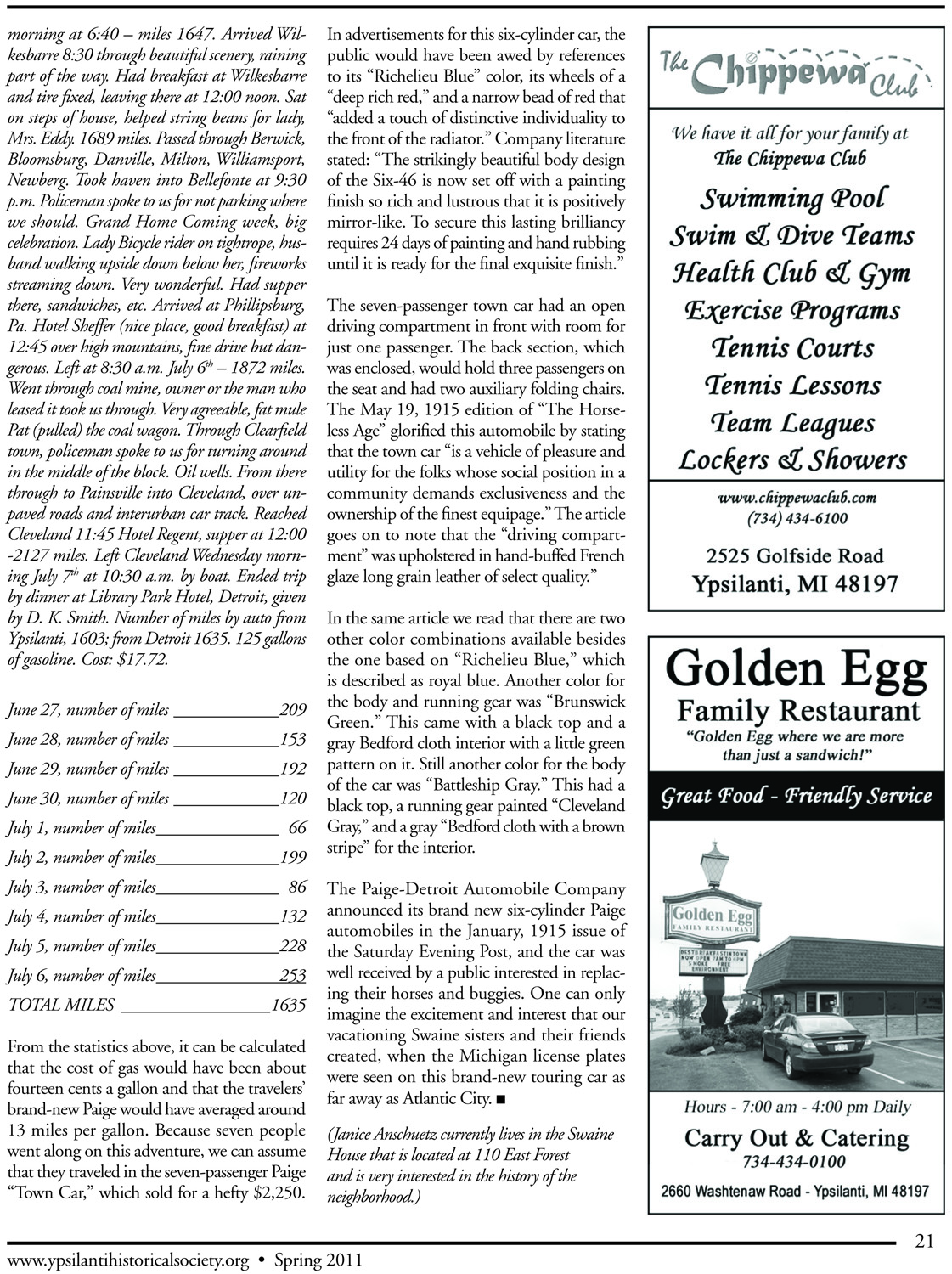 Photo 2: Part of the automobile trip party, in the boat on the way to Detroit from Cleveland. Florence is in the front row on the left next to Mrs. F. E. Smith. Jessie is on the far right.

Photo 3: On the first night of the trip the party stayed at the Regent Hotel in Cleveland, Ohio.

Photo 4: The party toured the Boardwalk in Atlantic City and stayed overnight at the Majestic Hotel.

Photo 5: The ad in the January, 1915, Saturday Evening Post for the Paige Automobile produced by the Paige-Detroit Motor Car Company.