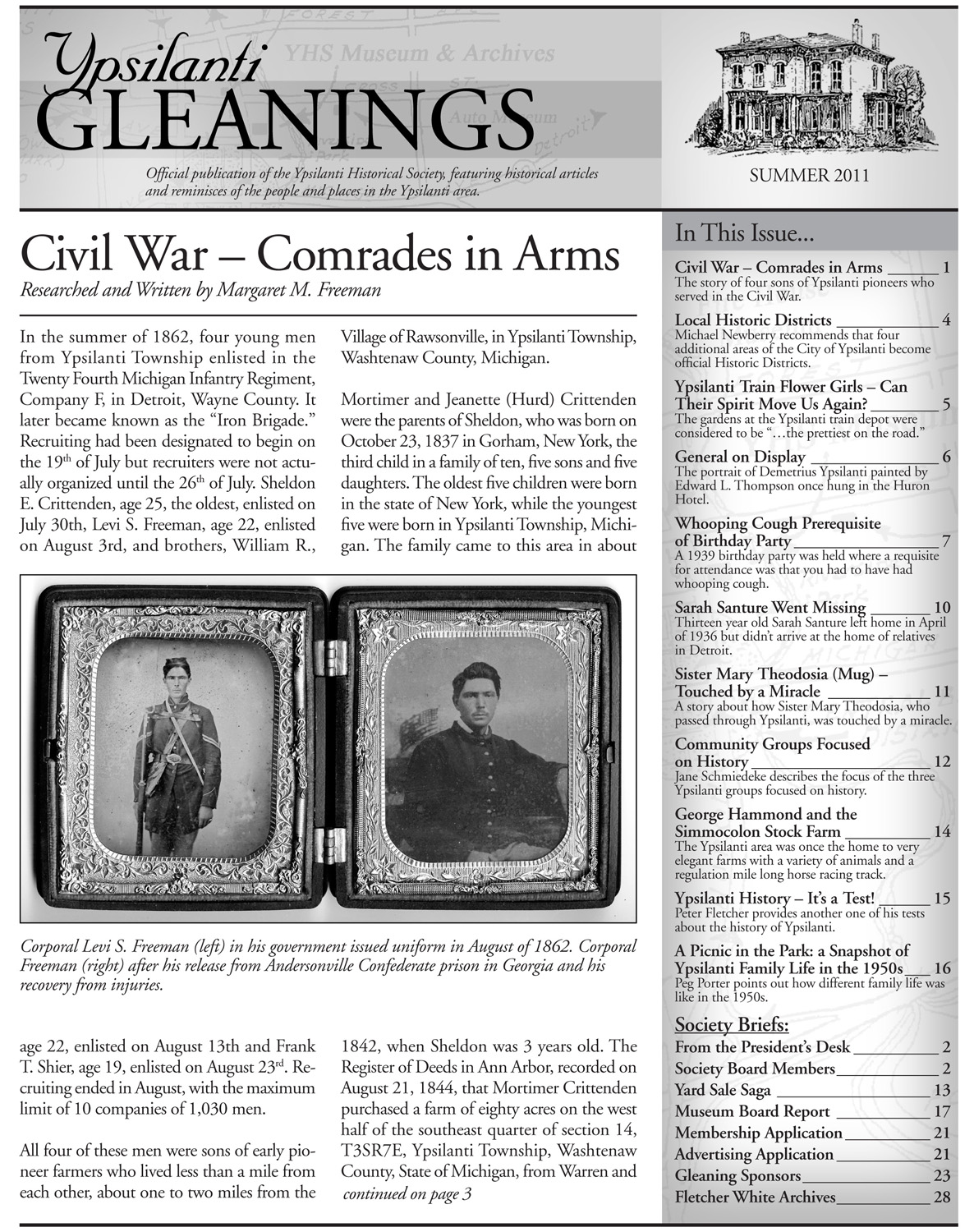 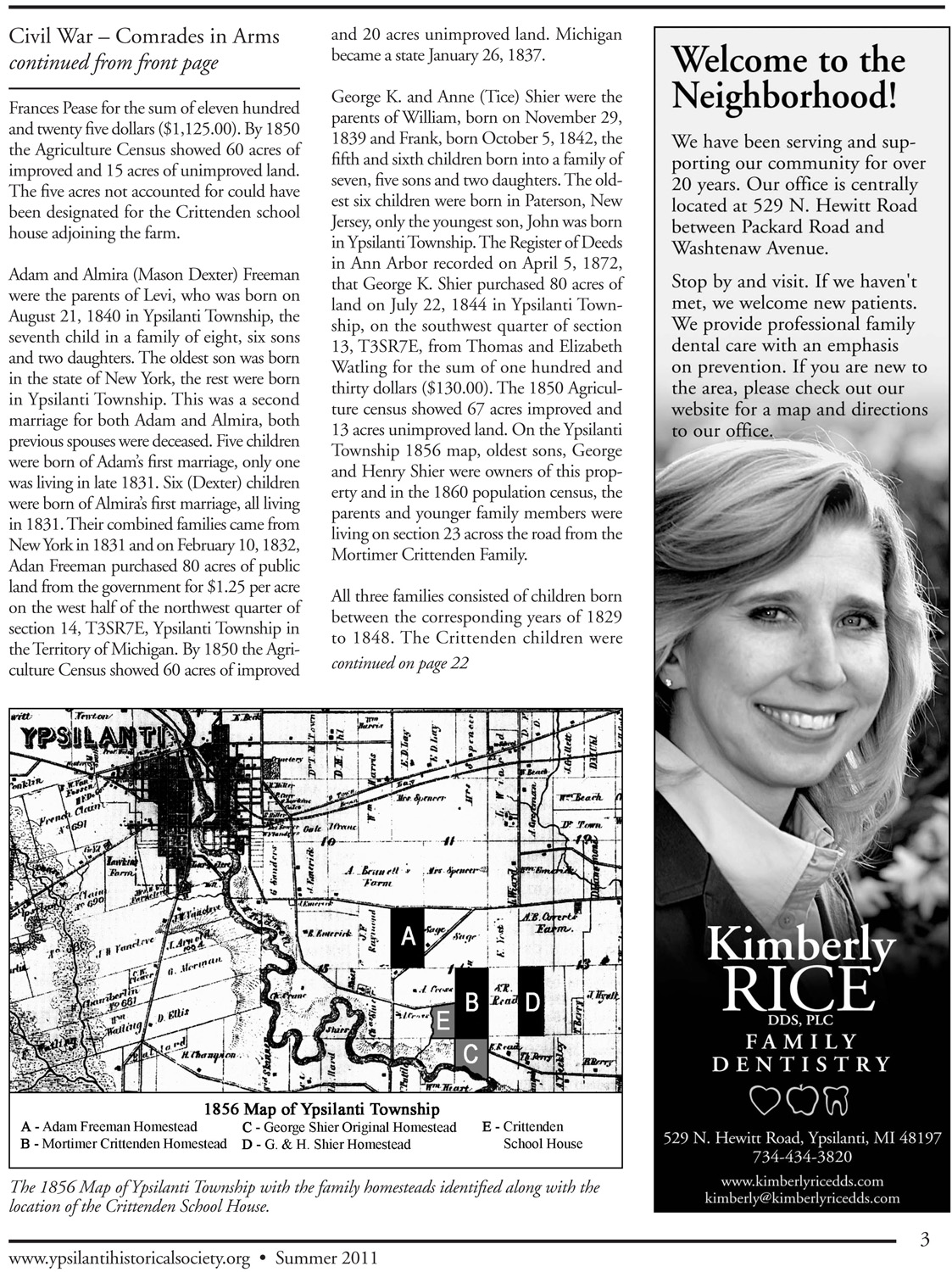 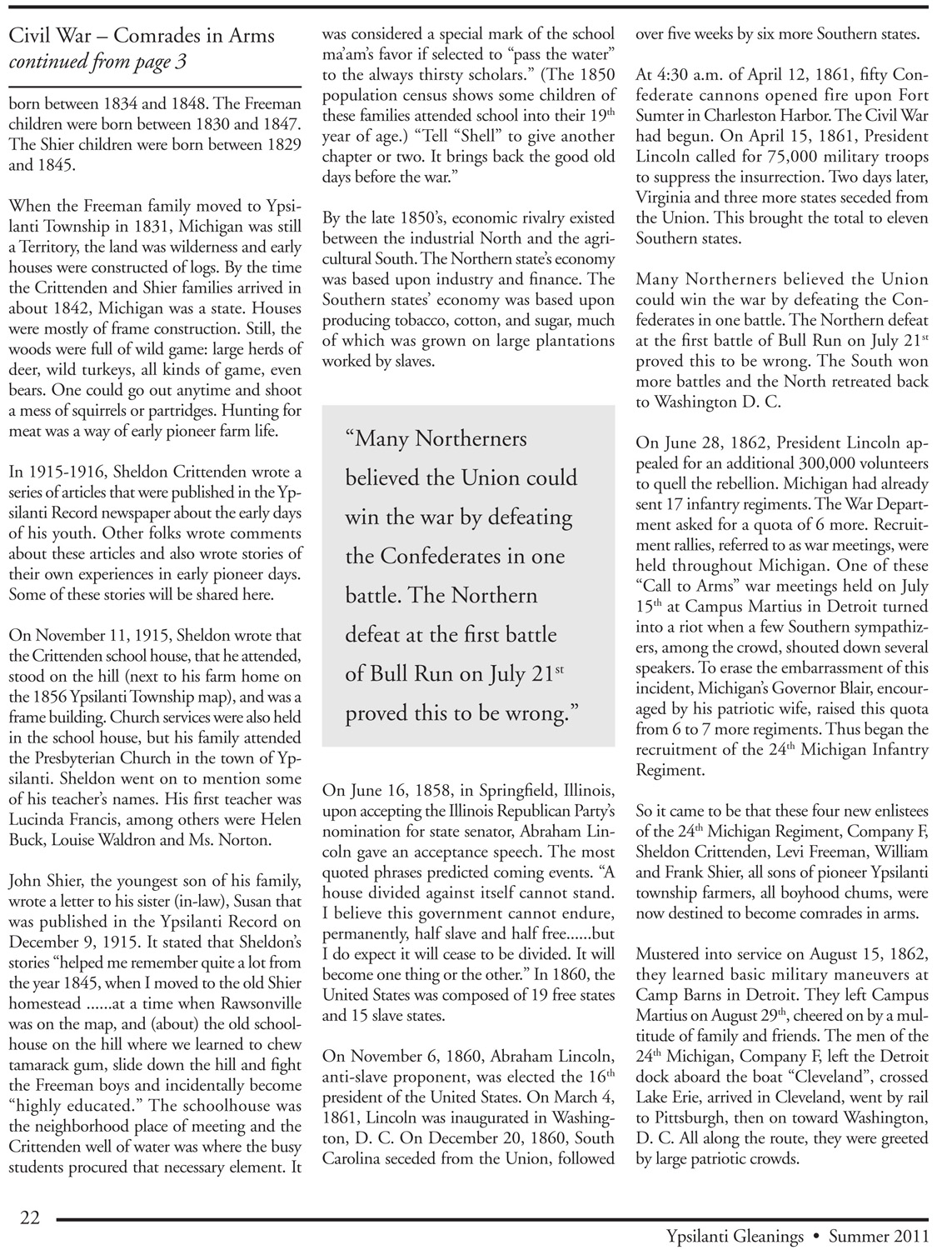 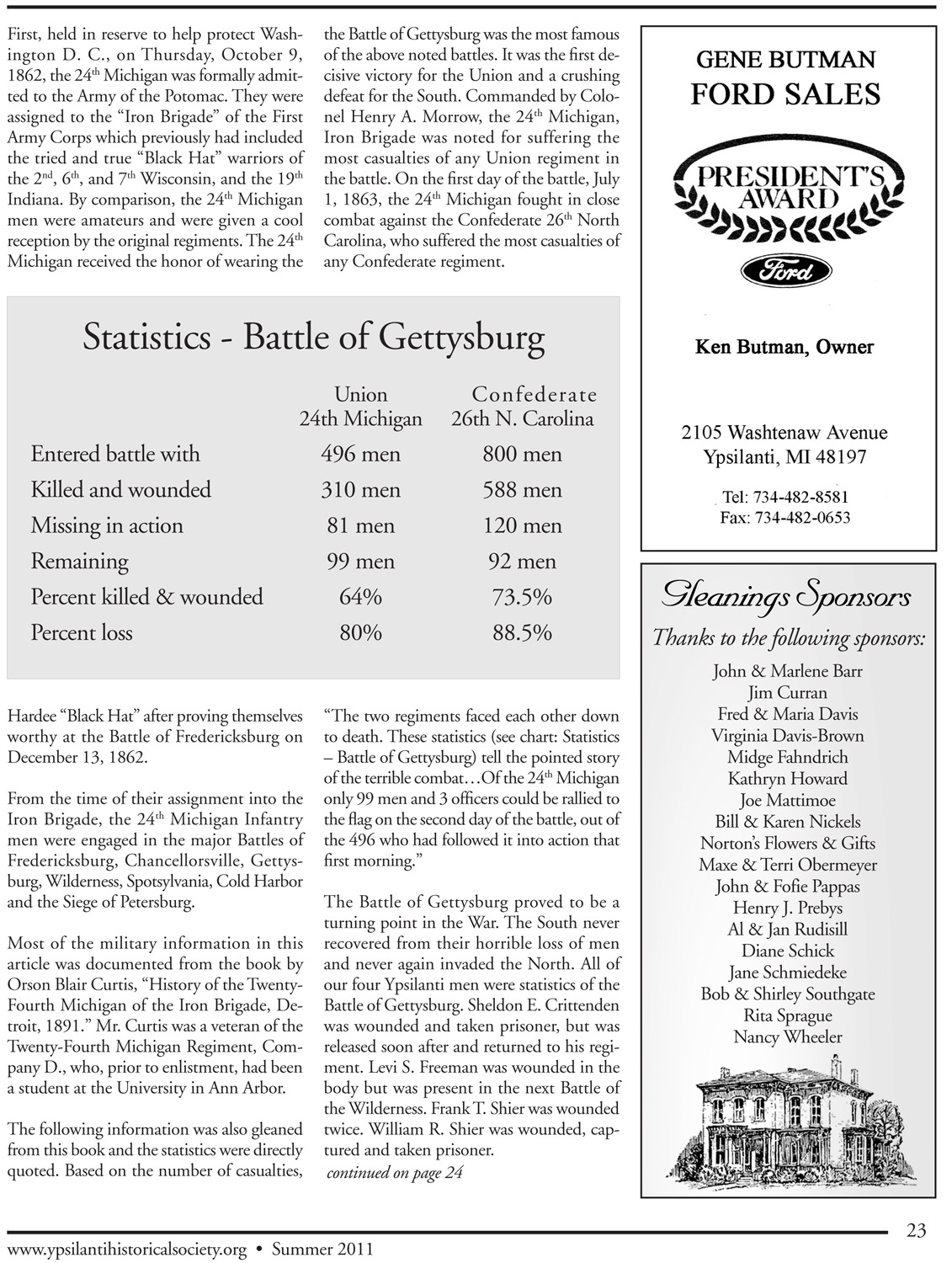 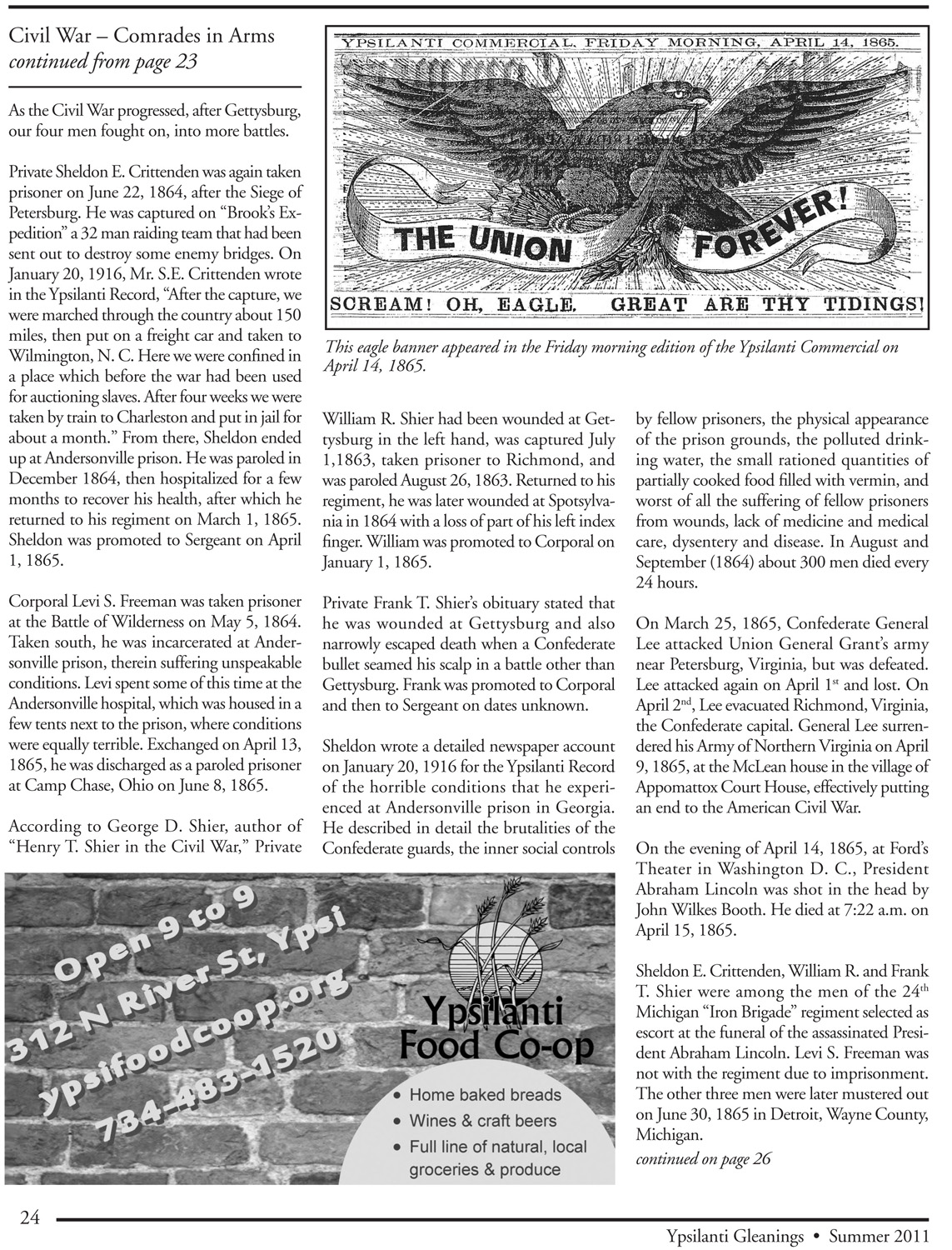 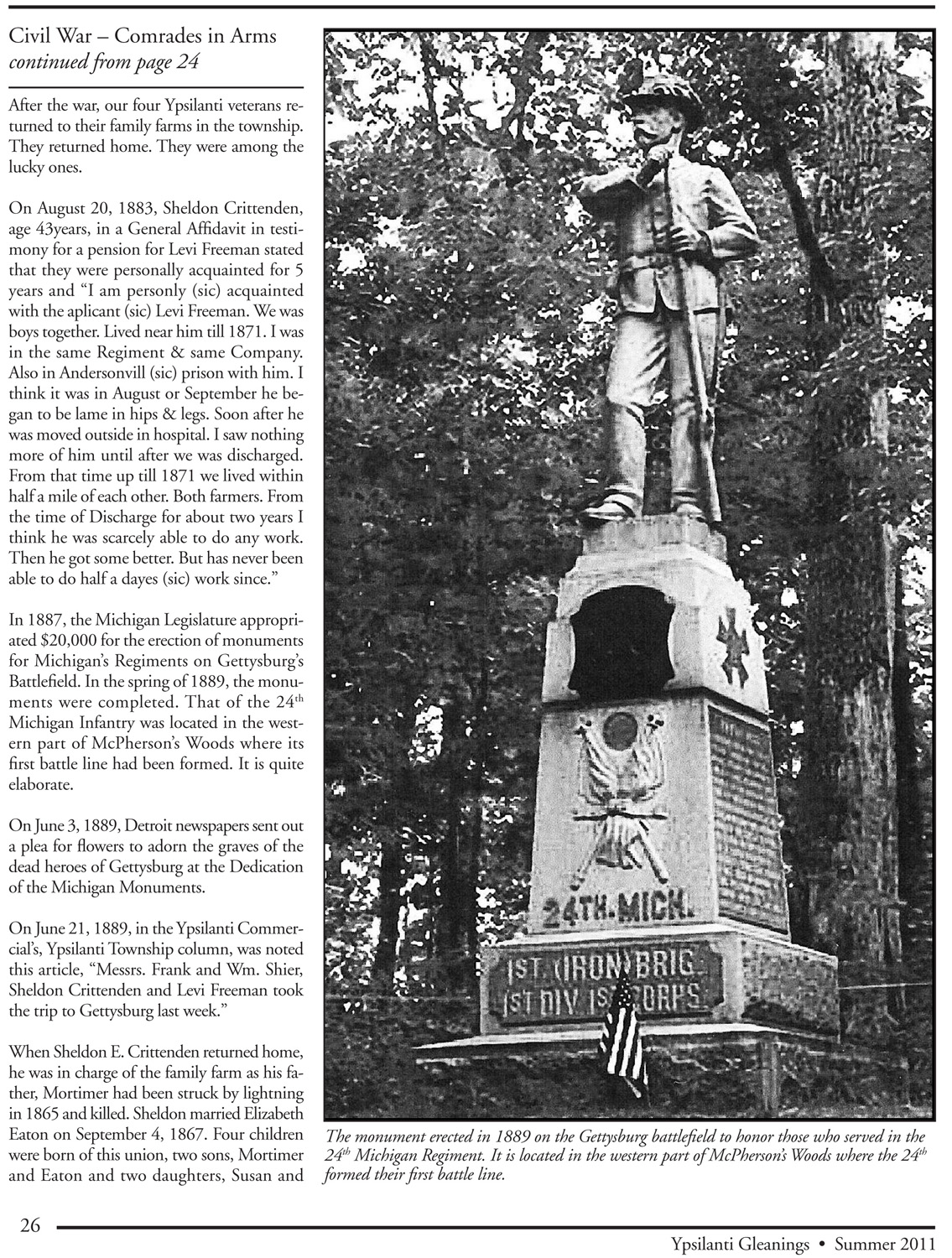 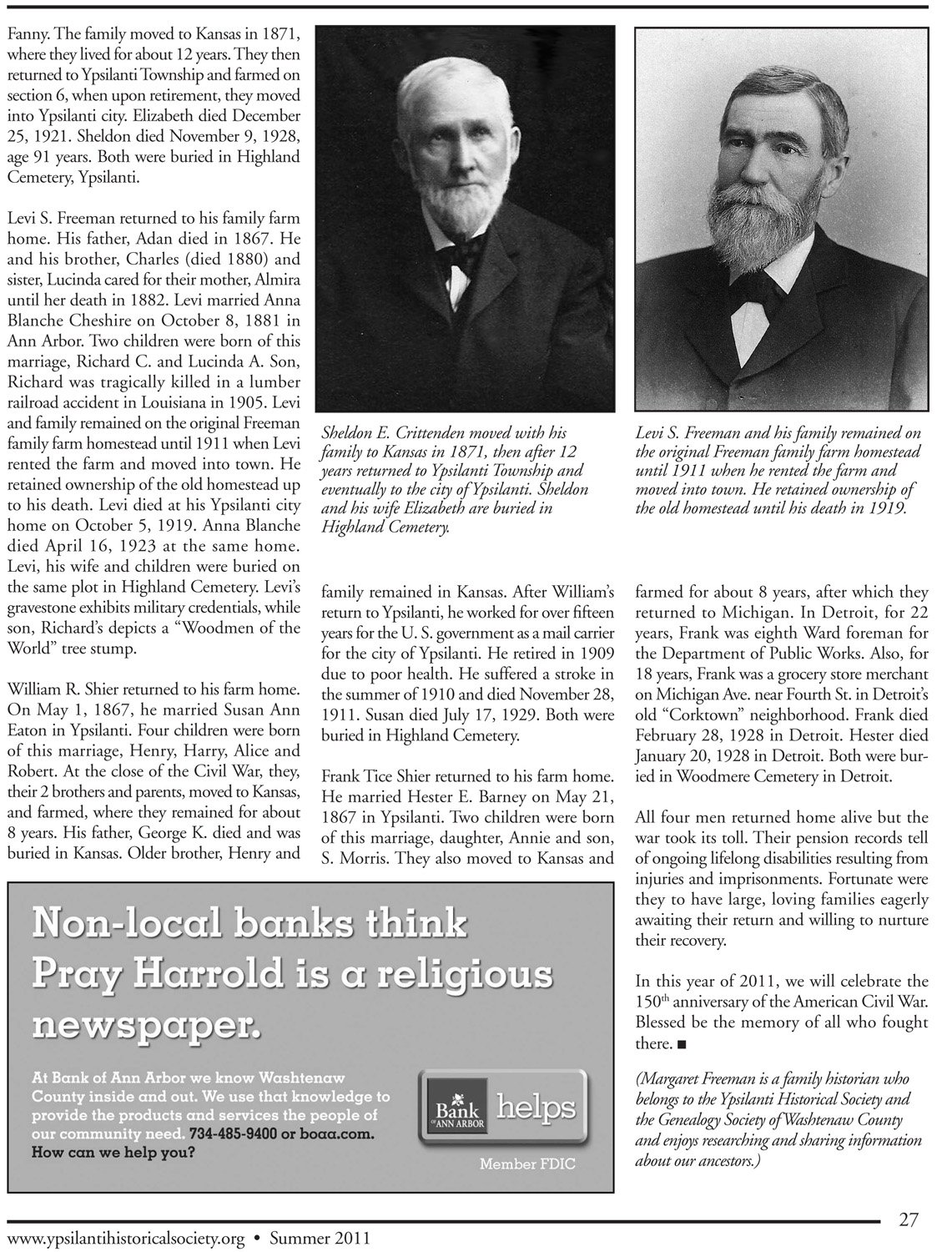 Photo 2: The 1856 Map of Ypsilanti Township with the family homesteads identified along with the location of the Crittenden School House.

Photo 4: This eagle banner appeared in the Friday morning edition of the Ypsilanti Commercial on April 14, 1865.

Photo 5: The monument erected in 1889 on the Gettysburg battlefield to honor those who served in the 24th Michigan Regiment. It is located in the western part of McPherson's Woods where the 24th formed their first battle line.

Photo 6: Sheldon E. Crittenden moved with his family to Kansas in 1871, then after 12 years returned to Ypsilanti Township and eventually to the city of Ypsilanti. Sheldon and his wife Elizabeth are buried in Highland Cemetery.

Photo 7: Levi S. Freeman and his family remained on the original Freeman family farm homestead until 1911 when he rented the farm and moved into town. He retained ownership of the old homestead until his death in 1919.