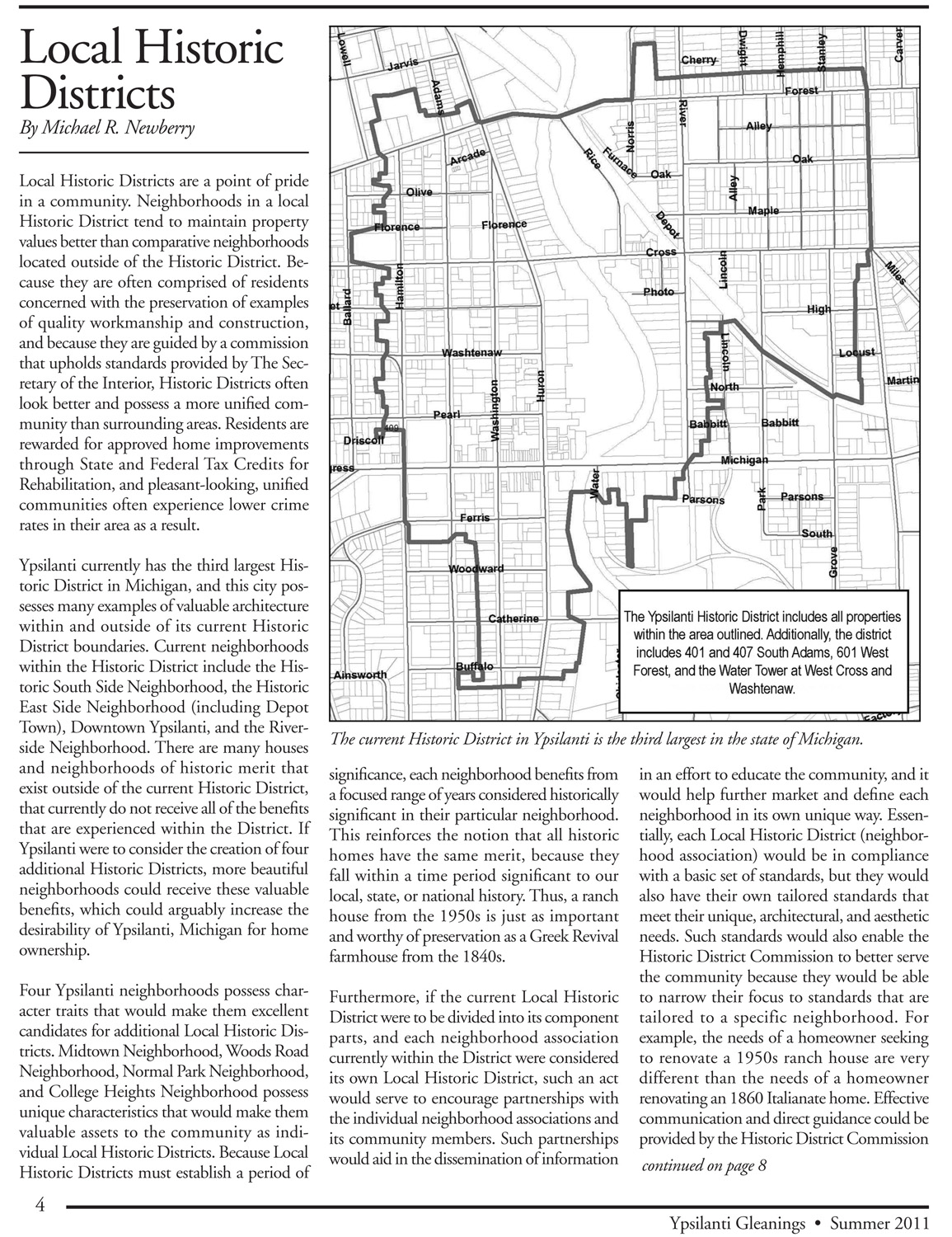 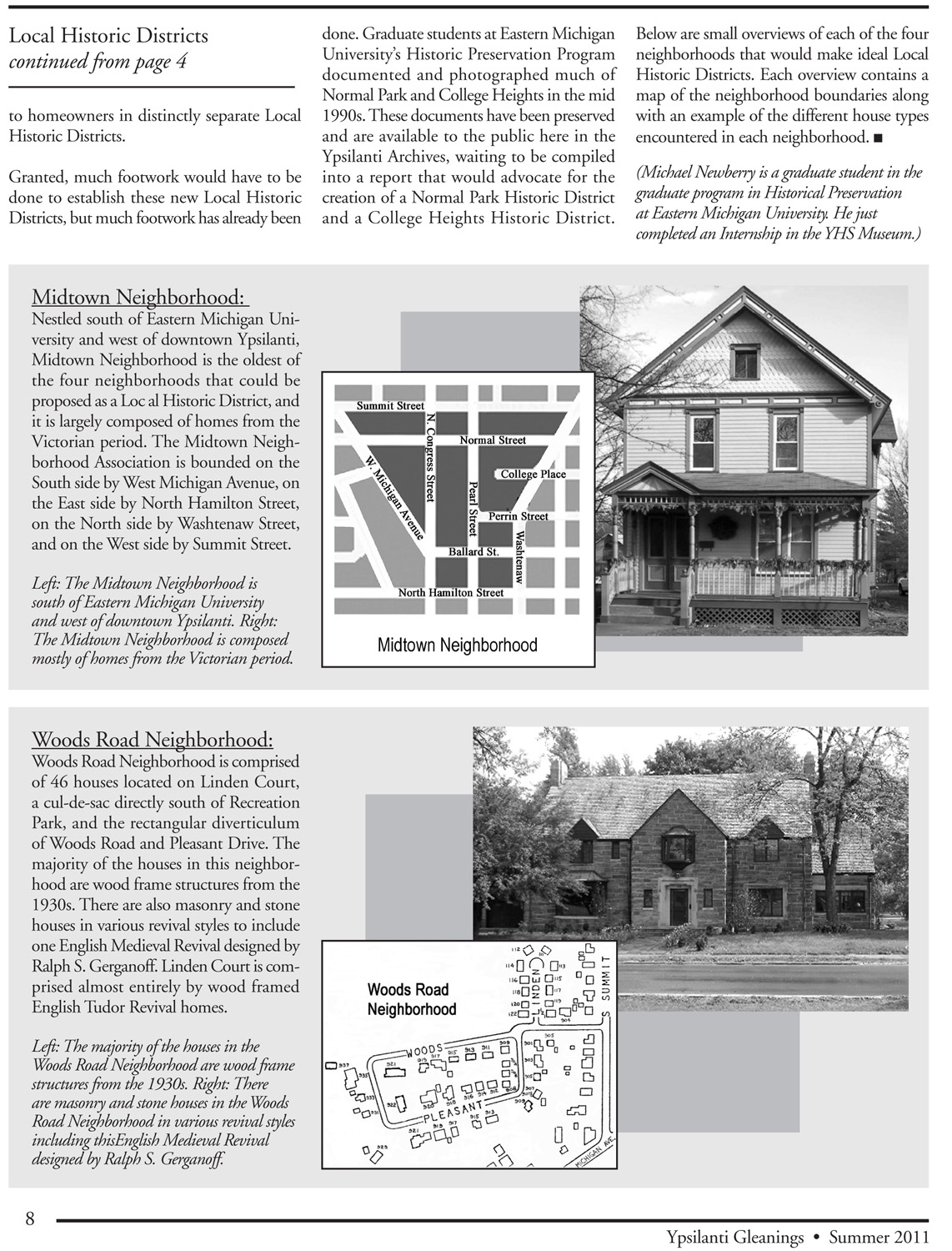 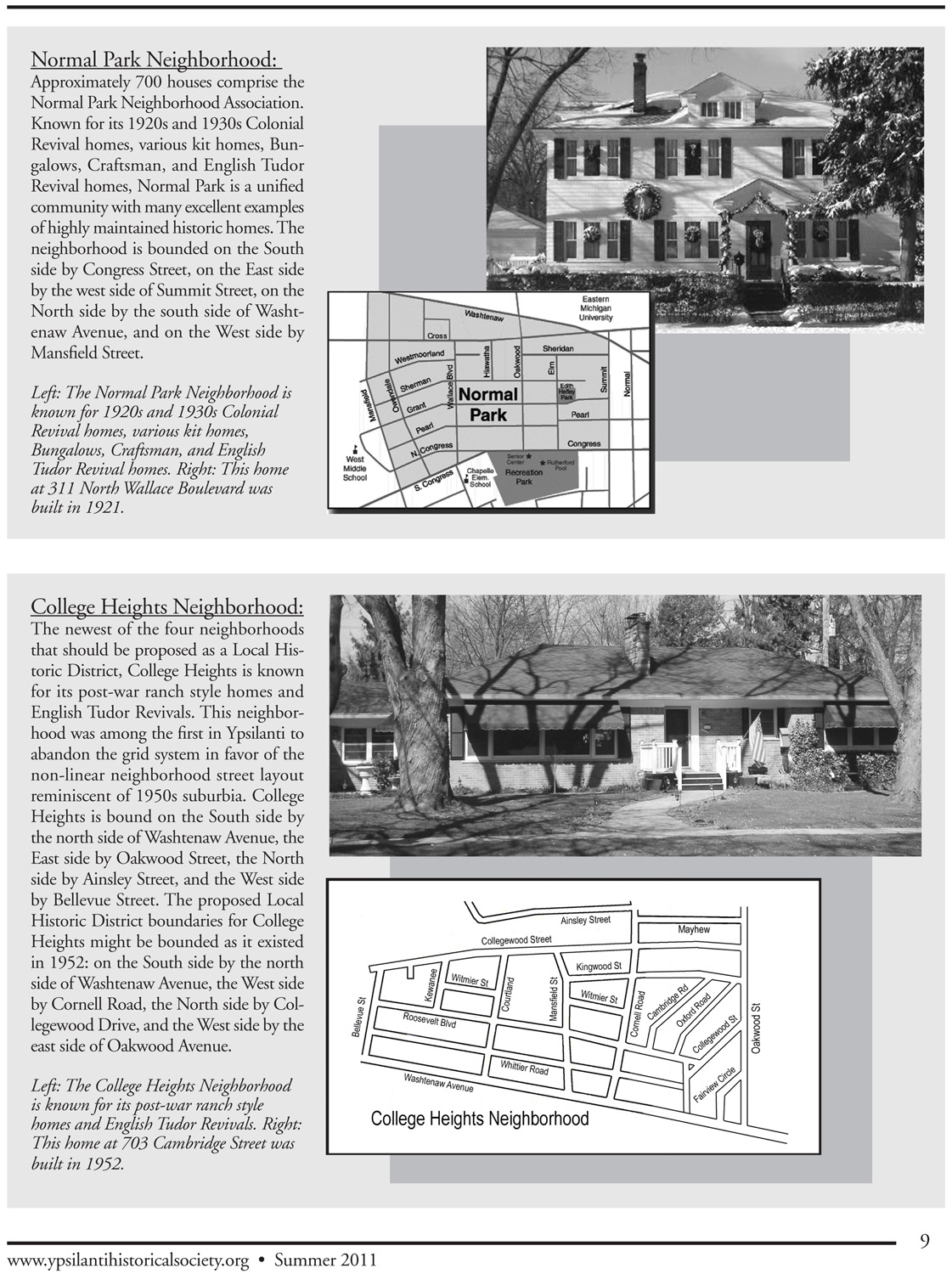 Photo Captions:
Photo 1: The current Historic District in Ypsilanti is the third largest in the state of Michigan.

Photo 2: The Midtown Neighborhood is south of Eastern Michigan University and west of downtown Ypsilanti.

Photo 3: The Midtown Neighborhood is composed mostly of homes from the Victorian period.

Photo 4: The majority of the houses in the Woods Road Neighborhood are wood frame structures from the 1930s.

Photo 5: There are masonry and stone houses in the Woods Road Neighborhood in various revival styles including thisEnglish Medieval Revival designed by Ralph S. Gerganoff.