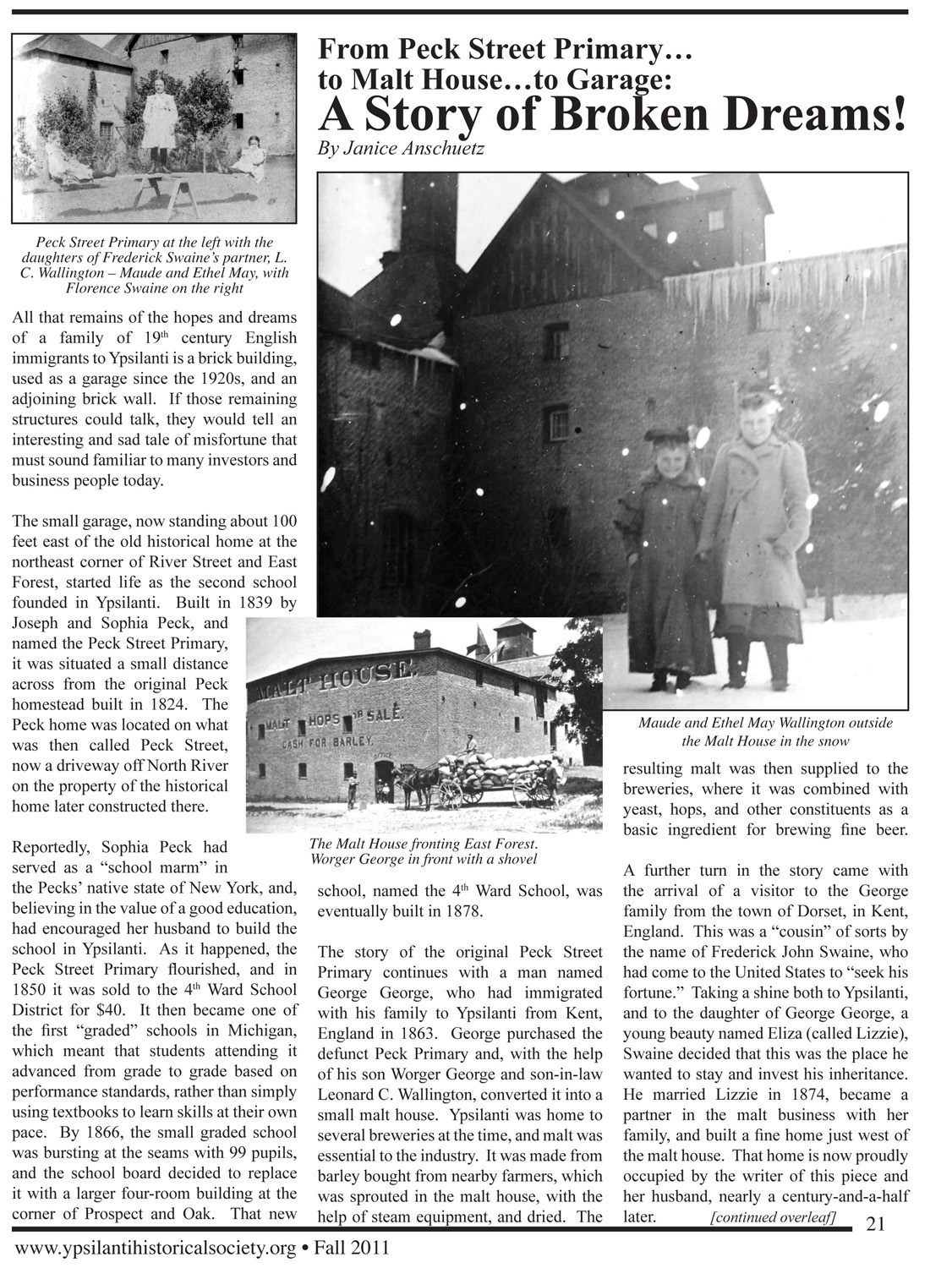 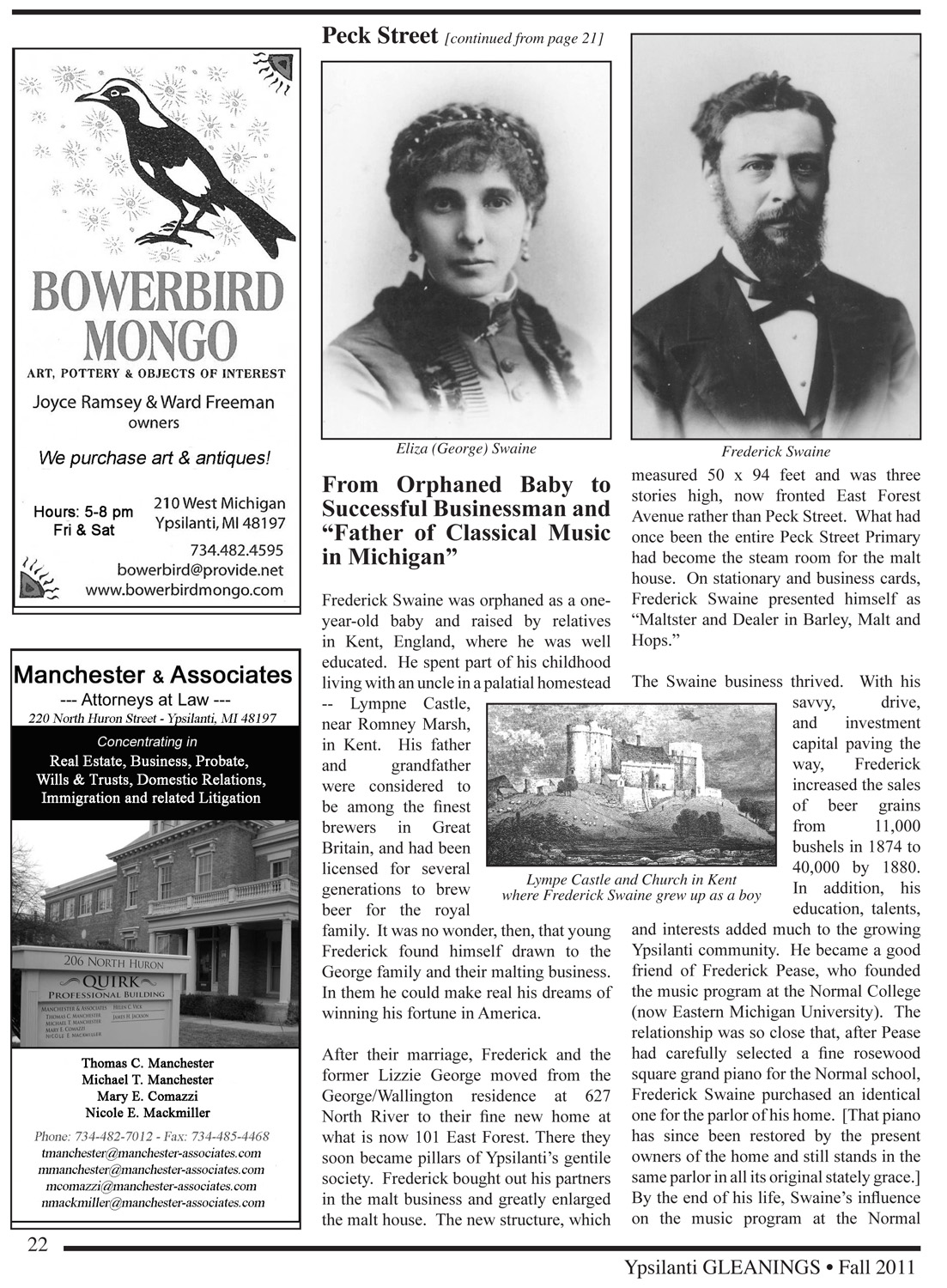 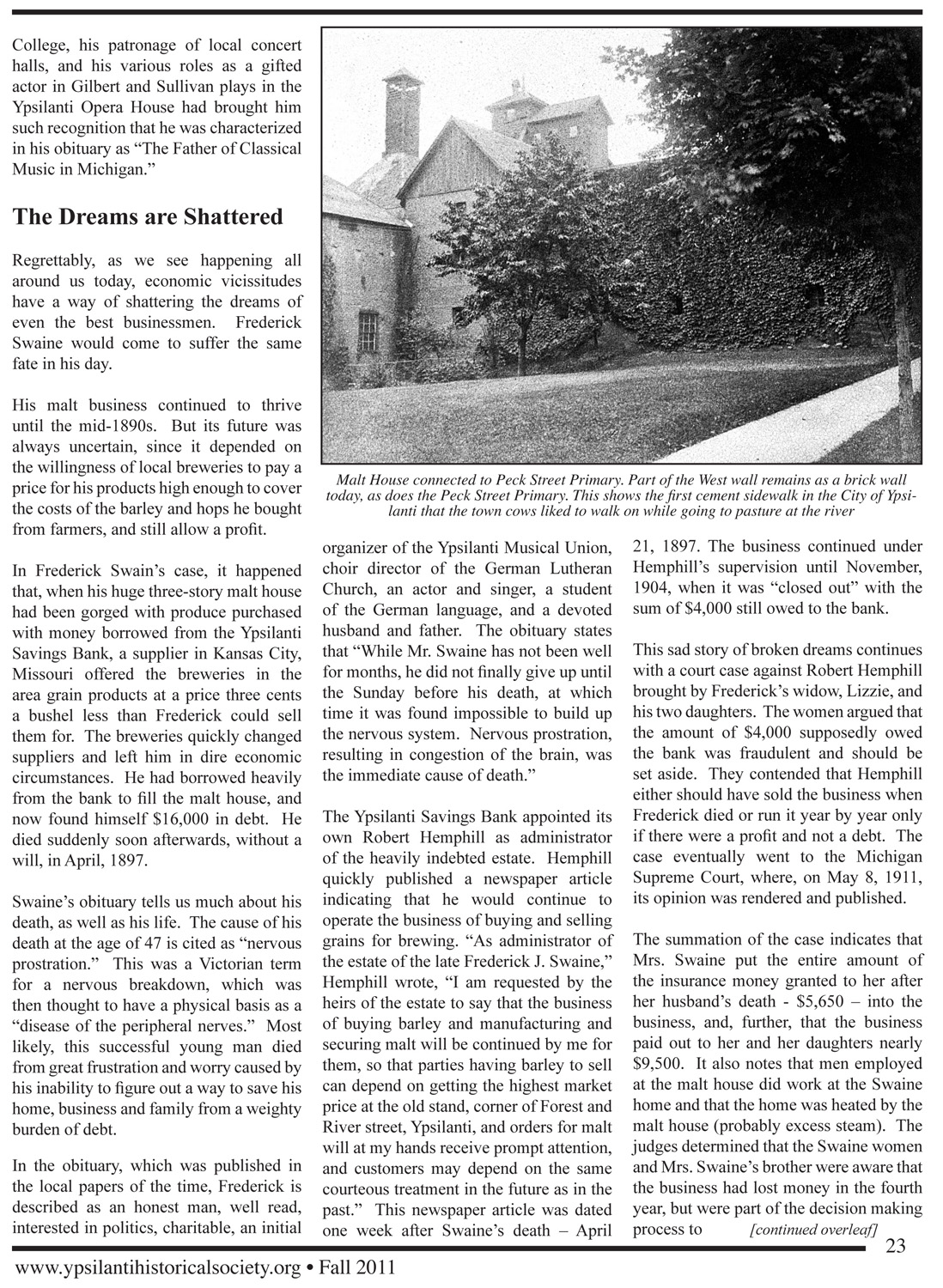 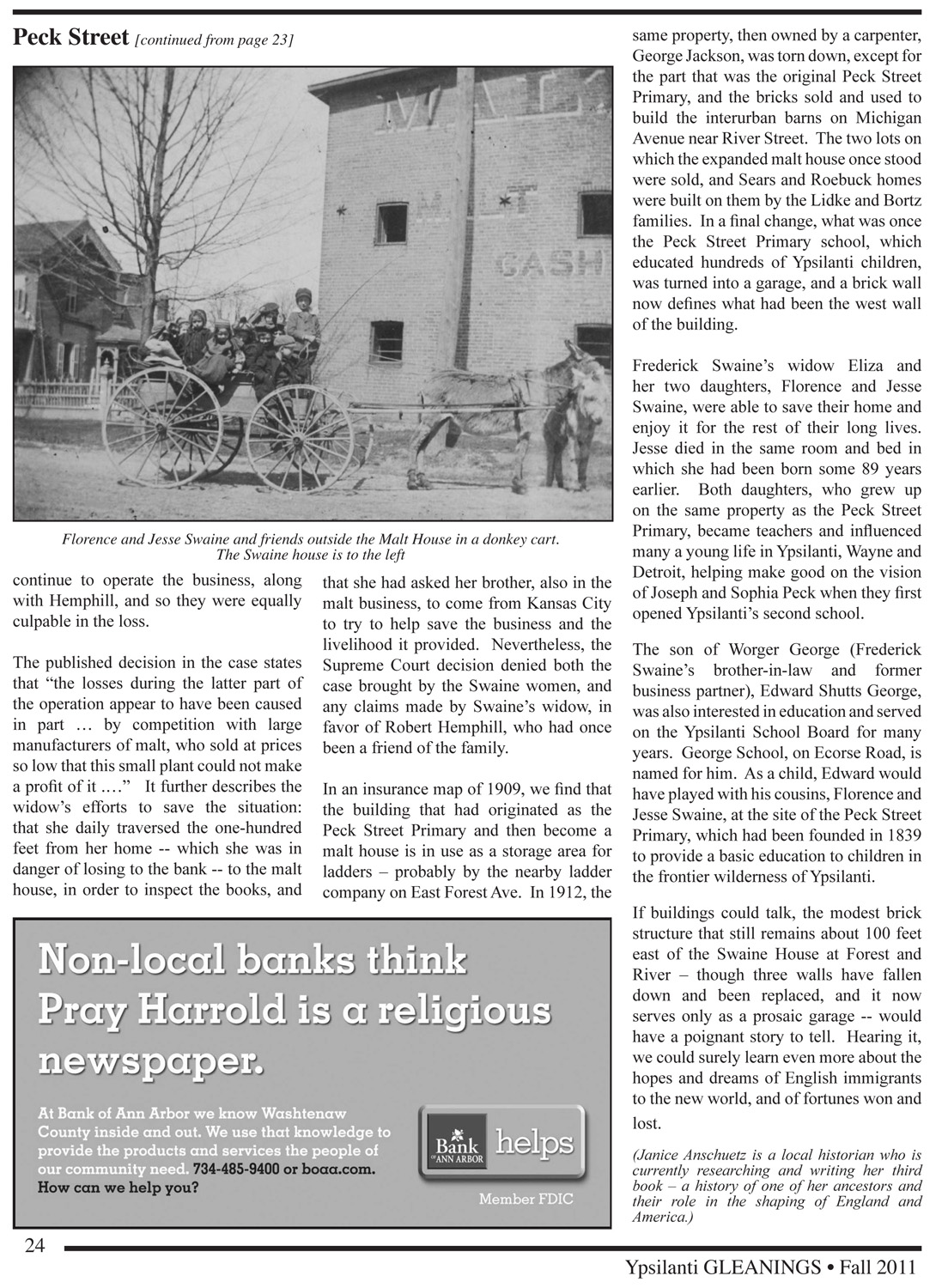 Photo 2: Maude and Ethel May Wallington outside the Malt House in the snow

Photo 6: Lympe Castle and Church in Kent where Frederick Swaine grew up as a boy

Photo 7: Malt House connected to Peck Street Primary. Part of the West wall remains as a brick wall today, as does the Peck Street Primary. This shows the first cement sidewalk in the City of Ypsilanti that the town cows liked to walk on while going to pasture at the river

Photo 8: Florence and Jesse Swaine and friends outside the Malt House in a donkey cart.
The Swaine house is to the left