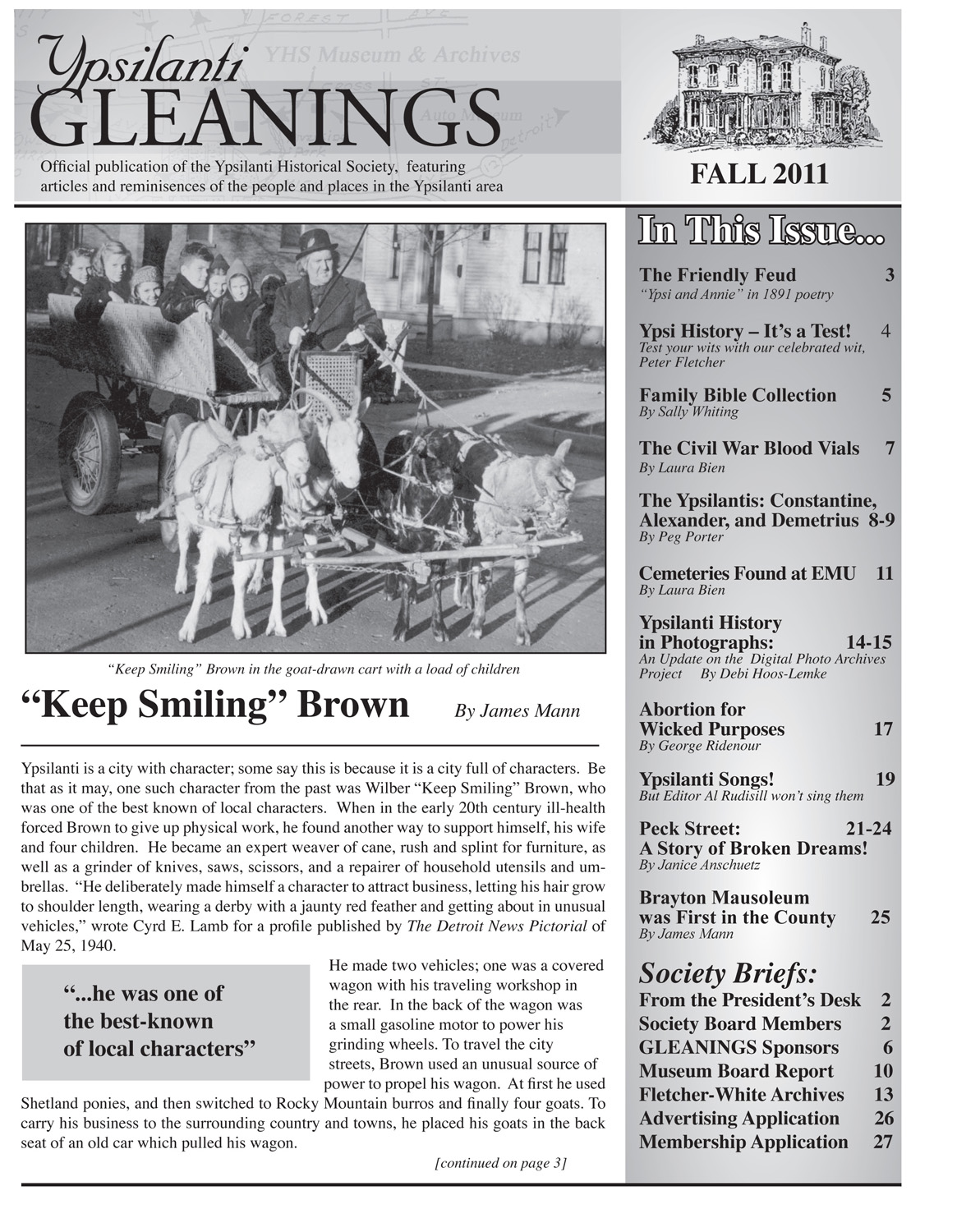 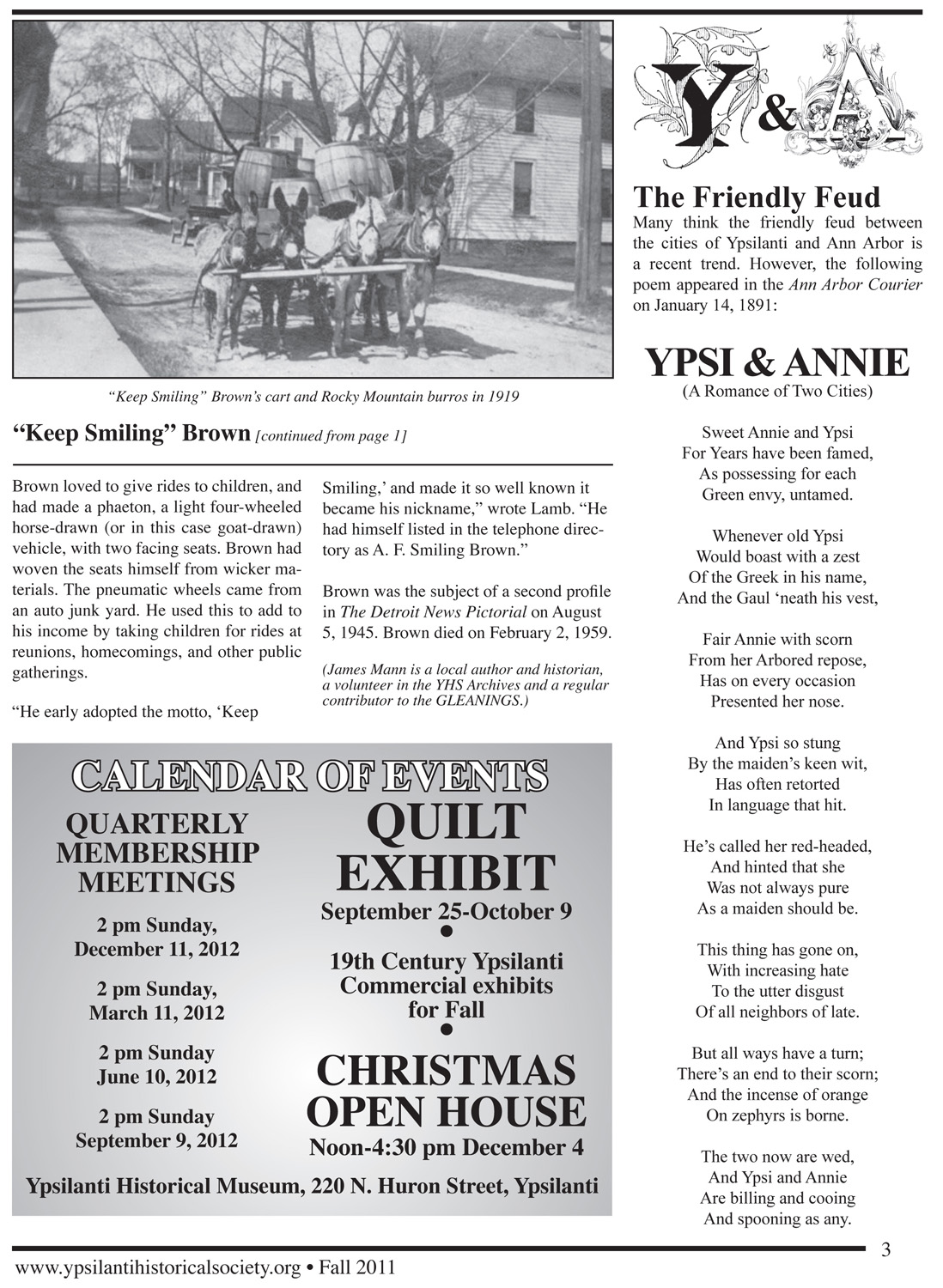 Ypsilanti is a city with character; some say this is because it is a city full of characters. Be that as it may, one such character from the past was Wilber “Keep Smiling” Brown, who was one of the best known of local characters. When in the early 20th century ill-health forced Brown to give up physical work, he found another way to support himself, his wife and four children. He became an expert weaver of cane, rush and splint for furniture, as well as a grinder of knives, saws, scissors, and a repairer of household utensils and umbrellas. “He deliberately made himself a character to attract business, letting his hair grow to shoulder length, wearing a derby with a jaunty red feather and getting about in unusual vehicles,” wrote Cyrd E. Lamb for a profile published by The Detroit News Pictorial of May 25, 1940. He made two vehicles; one was a covered wagon with his traveling workshop in the rear. In the back of the wagon was a small gasoline motor to power his grinding wheels. To travel the city streets, Brown used an unusual source of power to propel his wagon. At first he used Shetland ponies, and then switched to Rocky Mountain burros and finally four goats. To carry his business to the surrounding country and towns, he placed his goats in the back seat of an old car which pulled his wagon. Brown loved to give rides to children, and had made a phaeton, a light four-wheeled horse-drawn (or in this case goat-drawn) vehicle, with two facing seats. Brown had woven the seats himself from wicker materials. The pneumatic wheels came from an auto junk yard. He used this to add to his income by taking children for rides at reunions, homecomings, and other public gatherings. “He early adopted the motto, ‘Keep Smiling,’ and made it so well known it became his nickname,” wrote Lamb. “He had himself listed in the telephone directory as A. F. Smiling Brown.” Brown was the subject of a second profile in The Detroit News Pictorial on August 5, 1945. Brown died on February 2, 1959. (James Mann is a local author and historian, a volunteer in the YHS Archives and a regular contributor to the GLEANINGS.) PHOTO CAPTIONS: Photo 1: “Keep Smiling” Brown in the goat-drawn cart with a load of children