It's a Test! Answers 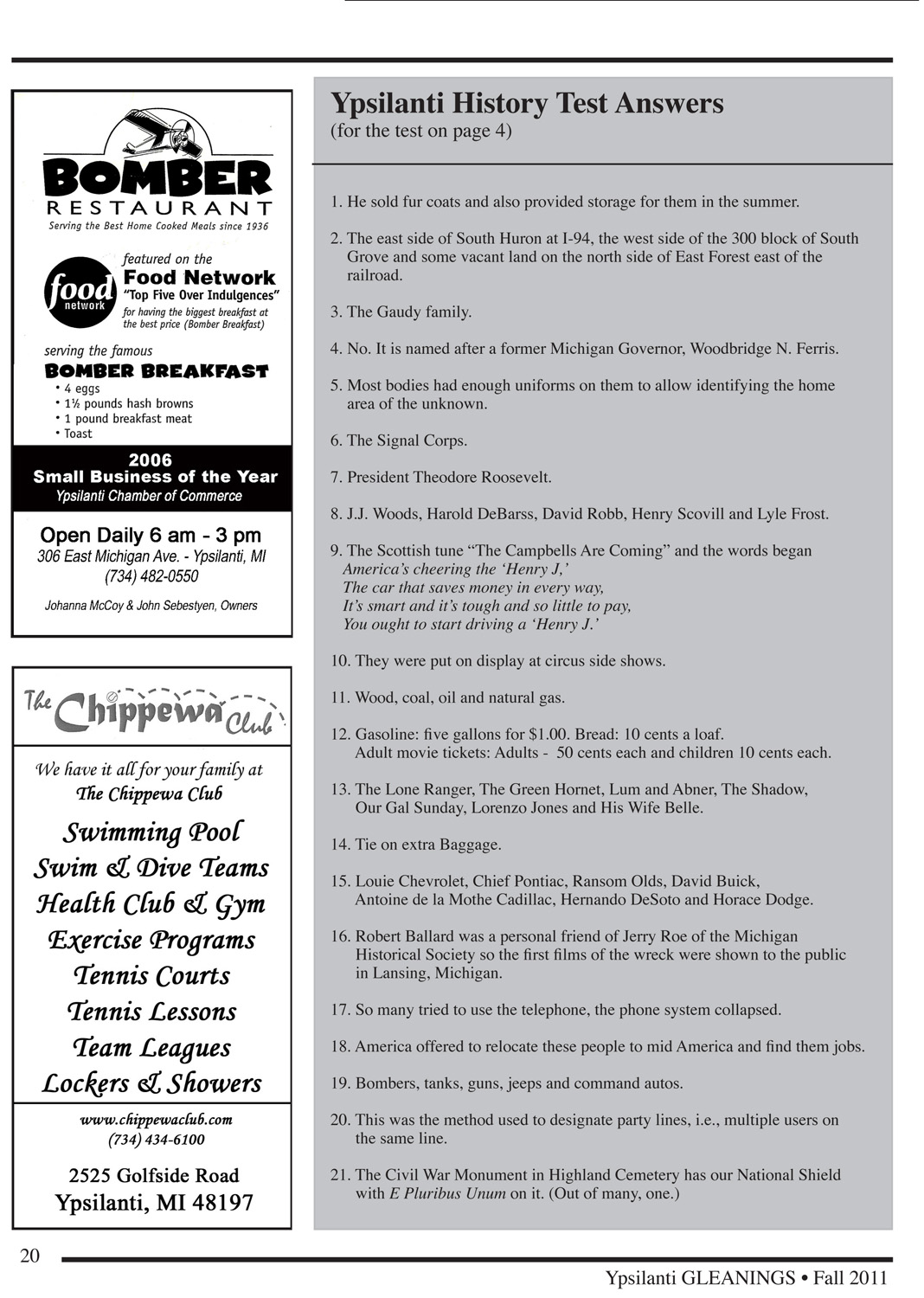 (Answers for the test)

1. He sold fur coats and also provided storage for them in the summer.

2. The east side of South Huron at I-94, the west side of the 300 block of South Grove and some vacant land on the north side of East Forest east of the railroad.

4. No. It is named after a former Michigan Governor, Woodbridge N. Ferris.

5. Most bodies had enough uniforms on them to allow identifying the home area of the unknown.

9. The Scottish tune “The Campbells Are Coming” and the words began
America’s cheering the ‘Henry J,’
The car that saves money in every way,
It’s smart and it’s tough and so little to pay,
You ought to start driving a ‘Henry J.’

10. They were put on display at circus side shows.

13. The Lone Ranger, The Green Hornet, Lum and Abner, The Shadow, Our Gal Sunday, Lorenzo Jones and His Wife Belle.

16. Robert Ballard was a personal friend of Jerry Roe of the Michigan Historical Society so the first films of the wreck were shown to the public in Lansing, Michigan.

17. So many tried to use the telephone, the phone system collapsed.

18. America offered to relocate these people to mid America and find them jobs.

20. This was the method used to designate party lines, i.e., multiple users on the same line.

21. The Civil War Monument in Highland Cemetery has our National Shield with E Pluribus Unum on it. (Out of many, one.)