In a future where the Population Police enforce the law limiting a family to only two children, Luke has lived all his twelve years in isolation and fear on his family's farm, until another "third" convinces him that the government is wrong.

so sad submitted by alumeng.ajl on August 16, 2011, 6:30am omg this book is so sad but so AMAZING! i already read the entire series and i just reread this one and it brought me back and it's so good!

Great Series submitted by tarad on August 20, 2011, 5:03pm I ended up rereading this many times! If you haven't tried it yet, you must!

So So submitted by shalinigurl on July 4, 2012, 11:48am I tried reading this book but I found it a little boring. I guess I would recommend this book if you are bored with nothing to do.

book submitted by nicenora2371 on June 14, 2014, 1:06pm At first when i was reading this book it was boring then in the middle it was exciting

book submitted by nicecat1234 on July 20, 2014, 11:55pm At first this book was really boring but then after it became so exciting and i could not let go of the book. 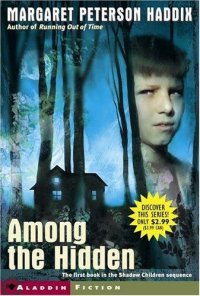