Ribowsky, Mark. Book - 2017 None on shelf No requests on this item Community Rating: 0 out of 5 Part one: 1923-1937. King Hiram ; An American twang ; "Country music ain't nothin' but white people's blues, anyway" ; I got a home in Montgomery -- Part two: 1938-1948. "Don't tell mama" ; Drydock ; "Audrey, get me a bottle" ; "It ain't a funny song" ; Bottle up and go ; From a mean bottle -- Part three: 1948-1950. "Syrup sopper" or "populist poet" ; "The sorriest thing I ever did hear" ; "Never put me on after Hank Williams!" ; Pettin' parties, cigarettes, and gin ; "It's never too country" ; A brand-new recipe -- Part four: 1950-1953. "Don't he kill an audience?" ; "The gun shot four times" ; "Almost a continuous nightmare" ; Hurting from inside ; So far gone ; "I see Jesus comin' down the road" ; "Don't worry about ol' Hank" ; Then came that fateful day.
After he died in the backseat of a Cadillac at the age of twenty-nine, Hank Williams, a frail, flawed man who had become country music's most compelling and popular star, instantly morphed into its first tragic martyr. Having hit the heights in the postwar era with simple songs of heartache and star-crossed love, he would, with that outlaw swagger, become in death a template for the rock generation to follow. Presenting the first fully realized biography of Hiram King Williams in a generation, Mark Ribowsky vividly returns us to the world of country music's origins, in this case 1920s Alabama, where Williams was born into the most trying of circumstances, which included a dictatorial mother, a henpecked father, and an agonizing spinal condition. Tracing the singular rise of a music legend from the street corners of the Depression-era South to the now-immortal stage of the Grand Ole Opry, and finally to a haunting, lonely end on New Year's Day 1953, Hank uncovers the real man beneath the myths, reintroducing us to an American original whose legacy, like a good night at the honkytonk, promises to carry on and on. 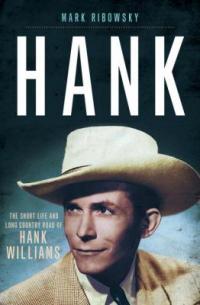