The Americans The Complete 1st Season

DVD DVD TV Americans Season 1 2 On Shelf No requests on this item Community Rating: 4.9 out of 5 Binge on this! submitted by raymondw on March 5, 2017, 10:44am Definitely taking on renewed relevance due to current events in early 2017 and the new US president with his ties to Russia. The first season is addictive and I'm looking forward to catching up on the rest of the series. Highly recommended to fans of "House of Cards" and "West Wing."

If you can stand the suspense, I recommend it submitted by james.pauer on June 17, 2022, 12:19pm Wonderful show but violent at times. With some episodes you are relieved when the show is done. You are not sure if you should support the US government or the Russian spies. Very good acting. 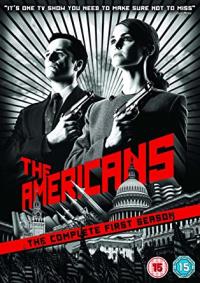