yay submitted by lekendrick on December 5, 2010, 5:22pm this was good! An actually I'm surprised looking @ catalog all the trilogy of x-man was made already, but still good! Nothing lacking this had been released quite while ago prior turn century I believe, and not all of what's here is remastering at all! Quite an achievement!

Love it! submitted by Sonia on June 28, 2011, 4:52pm This is one of the worthwhile comic book movies. While many take the cheesy route this one kept it real.

The Uncanny X-Men submitted by AMP35 on August 28, 2011, 2:52pm A good X-Men movie with a pretty good cast overall. Jackman couldn't be better for the role of Wolverine. Great actors like McKellen and Stewart bring a lot to the table as Magneto and Professor X. Great choices in casting don't make up for the fairly bland storyline.

Good submitted by crazypockets on July 13, 2013, 2:12pm I liked this X-Men movie possibly the best because it was the first. I liked Hugh Jackman as Wolverine, and Patrick Stewart is a great Professor X.

X Men submitted by Jen Chapin-Smith on August 12, 2013, 12:31pm Starring such sci fi favorites as Patrick Stewart ("Star Trek: The Next Generation"), Ian McKellen ("The Hobbit" and "Lord of the Rings") and Anna Paquin ("True Blood") as well as Hugh Jackman and Halle Berry, this film will delight science fiction fans. Although Xavier has already created his school and rallied his group of mutants for mutual protection and to save the world, this film shows how Wolverine and Rogue came to join the group.
There are parts of the movie that are a bit goofy, such as the kidnapping and rescue of the children, but most of it is fun. At time it is a bit frustrating to see men always rescuing women.
Be sure to watch the other two in the X Men trilogy.

A great story submitted by tcrbondy on June 16, 2018, 10:29pm This movie did a great job of bringing the themes of the comic books to life, and they are great! A lot of well-casted actors and actresses as well. Would recommend

strong casting submitted by FordAlpha on August 13, 2019, 3:38pm I rarely watch comic book / superhero movies. Not judging those who do; it's just not my thing. But I genuinely enjoyed this first X-Men movie. The strong cast, especially Patrick Stewart, Ian McKellen, Hugh Jackman, and Halle Berry, sells it.

My favorite submitted by crp on August 23, 2019, 7:21pm This movie is my favorite of the series, as often the first is the best! 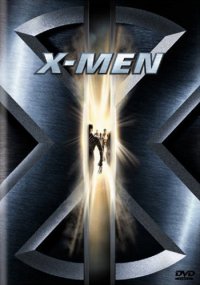