Graphic Novel - 2009 Adult Graphic Novel / Wolverine None on shelf 1 request on 1 copy Community Rating: 4.3 out of 5 Features Wolverine in his first solo series fighting in Japan.

The best he is at what he does. submitted by Pumpkinscones on August 3, 2013, 10:32am This was The Canucklehead's first solo book and the actual Wolverine story here is great. The tacked on X-men story at the end to bring it back into the continuity is pretty poor, but just ignore that. Frank Miller (Sin City, 300) did some great art and it's always fun to spot his visual tropes such as falling silhouettes. They pop up everywhere. Not having seen the movie I'm unsure of how closely it follows this book, which was at least an influence. It seems a little dated now it is so that's OK) but you do get to see Wolverine carve up a whole bunch of people. Which is usually pretty fun. 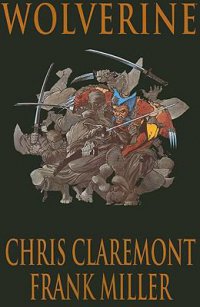