Very Cool submitted by Beth Manuel on August 22, 2017, 6:26pm Finally listened to this and liked it; would like to listen to the two Hamilton soundtracks closer together to hear the differences. Haven't listened to it enough to know all the songs yet.

Great Reinterpretations submitted by Meginator on August 24, 2017, 1:29pm Far from an easy cash grab, The Hamilton Mixtape presents some fresh perspectives on the hit musical's soundtrack. The songs, which are already good, are sometimes even better in these alternate forms, and the all-star lineup delivers in each of their unique styles. This is definitely worth listening to if you're already a fan of the source material and is a good entry point if musical theater isn't usually your thing.

Wonderful Collaboration submitted by timdufresne on July 10, 2018, 2:26pm This album captures the underrated hip-hop/remix soul of Hamilton. Great artists and performers adding their spin to an amazing work.

So much talent in one place submitted by ckfinzel on June 23, 2019, 8:22pm I loved looking through the track list at all the amazing guest artists when I first picked the CD up. I was not disappointed. There are some great re-imaginings and I think the artists and songs were matched well. It deserves another good listen.

fun idea submitted by kerstinrh on July 24, 2019, 12:06pm Its a fun album to listen to. I liked hearing the Hamilton songs covered by a number of artists however the songs are so catchy and get stuck in my head for days so I had to stop listening to it!

It's okay. submitted by tbbrown76 on July 29, 2019, 7:46pm I like the original music so much, I thought I'd give it a listen. Some of it was almost as good as the original cast. I would recommend it for even casual fans.
TB

Good submitted by eliadler on July 16, 2020, 10:52am Some songs were amazing, while others were a little disappointing. It is still worthwhile to listen to it. 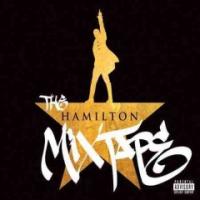