The Beijing Duck House in Rockville, Maryland, is not only a beloved go-to setting for hunger pangs and celebrations; it is its own world, inhabited by waiters and kitchen staff who have been fighting, loving, and aging within its walls for decades. When disaster strikes, this working family's controlled chaos is set loose, forcing each character to confront the conflicts that fast-paced restaurant life has kept at bay. Owner Jimmy Han hopes to leave his late father's homespun establishment for a fancier one. Jimmy's older brother, Johnny, and Johnny's daughter, Annie, ache to return to a time before a father's absence and a teenager's silence pushed them apart. Nan and Ah-Jack, longtime Duck House employees, are tempted to turn their thirty-year friendship into something else, even as Nan's son, Pat, struggles to stay out of trouble. And when Pat and Annie, caught in a mix of youthful lust and boredom, find themselves in a dangerous game that implicates them in the Duck House tragedy, their families must decide how much they are willing to sacrifice to help their children.

Disappointing submitted by Susan4Pax -prev. sueij- on June 24, 2019, 8:47pm In general I (and about eight more members of my book club) did not enjoy this book. There are a couple of caveats about that, though, so I’ll start with those.

The first and giant caveat is that pretty much all of us could tell that as largely a group of straight, White, pretty much middle class women, we did *not* understand the cultural nuances of this very, very Chinese story. There were clearly aspects of communication, family dynamics, expectations, social standing, community, and much more that were understood between the characters that were not spelled out for a non-Chinese reader. It’s OK… but I/we knew that there was more than met the eye.

The other caveat to not liking the book is the one thing I really did like about it: that as readers we kept knowing more of the story and characters from one person’s perspective, then in the next chapter would hear from another character and learn how the world (and themselves) looks from their perspective. Everyone was the hero of their own story, but they were rarely understood by others as they understood themselves. I thought that was interesting and well done.

But the rest of the experience? I found the beginning of the book uncoordinated and confusing. I would have put it down except that it was for book club, and I usually fight through those. Another book club member pointed out that every chapter was a crisis, and reading this was exhausting (I agree wholeheartedly). Someone else wanted this to be a restaurant book, and loved the parts about learning to be a short order cook and slicing duck, though I see this more as a book about people set in a restaurant. Nearly everyone thought there were too many characters to keep straight (especially in the beginning). Multiple characters had events or actions that didn’t make any sense to us (wife’s affair? Mom going from sleeping all the time to cooking a giant meal?).

All in all, both I and my book club found this to be highly hyped but highly disappointing.


Just okay submitted by chowcy on July 23, 2019, 11:08pm I picked up this book kind of randomly because my family is Chinese and I rarely stumble upon English novels that depict the Chinese experience. (Not that I felt this book was about being Chinese - the characters just happened to be Chinese and this colored their relationships and development).

As another reviewer noted, the beginning starts out chaotically and is hard to read, mainly because there are so many characters thrown in at once, but as the chapters shift and you get to read from the perspective of each character, that gets a lot easier. This book is definitely more about characters and relationships and complications than plot. It feels like not a lot really "happens" - we just revolve around the plot points as we pass from character to character viewing the events. The point of view (third-person omniscient) was a really good and intriguing choice for this book. Interestingly, we don't get to see much perspective from the elusive Uncle Pang, which adds to some of the mystery and tension.

It's not a bad book, but it's not particularly enjoyable either. Some characters don't seem developed, some storylines don't seem very relevant, and almost none of the characters are very likeable.

Meh submitted by leah karr on July 27, 2022, 10:46pm This book was difficult to start. I put it down once and almost didn’t start again. I wanted to love it but found it difficult to follow at times. 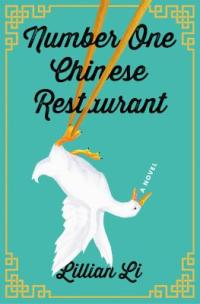