Krushelnitskaya, Anna. Book - 2019 Adult Book / Nonfiction / History / Europe / Russia None on shelf No requests on this item Community Rating: 0 out of 5 Cold War Casual is a collection of transcribed oral testimony and interviews translated from Russian into English and from English into Russian that delve into the effect of the events and the government propaganda of the Cold War era on regular citizens of countries on both sides of the Iron Curtain. The interviews were conducted in the native languages of the respondents in a casual, friendly format to record the subjective evaluations of the Cold War period in an attempt to establish whether, and how, the lived experiences and memories of the respondents influenced their sense of national pride, instilled a fear of war or the enemy, invited cultural openness or isolation and participated in forming personal long-term ideological stances. 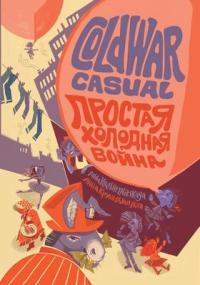