The Only Good Indians : : a Novel "Peter Straub's Ghost Story meets Liane Moriarty's Big Little Lies in this American Indian horror story of revenge on the Blackfeet Indian Reservation. Four American Indian men from the Blackfeet Nation, who were childhood friends, find themselves in a desperate struggle for their lives, against an entity that wants to exact revenge upon them for what they did during an elk hunt ten years earlier by killing them, their families, and friends."--Provided by publisher.
They were introduced to their culture but never identified with it, never believed in its power. During an elk hunt, a disturbing event occurs. Ten years later, tracked by an entity bent on revenge, these childhood friends are helpless as the culture and traditions they left behind catch up to them in violent, vengeful ways. Now they are in a desperate struggle for their lives-- and the lives of all they love. -- adapted from jacket and perusal of book 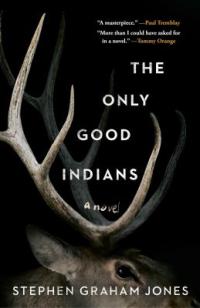